The January 13 episode of “Running Man” put Lee Kwang Soo in the spotlight, as the show held a mock press conference to question him about his relationship with Lee Sun Bin. Though the “official” questioning ended there, the members never ceased teasing him throughout the entire broadcast.

During the episode, the cast members played a shoe toss game. Each member was given a chance to kick their shoe into a box that had several compartments, which would either benefit them or put them at a disadvantage.

Lee Kwang Soo was up first. Before the game even started, the teasing began with Jun So Min commenting, “The love giraffe.” Kim Jong Kook remarked, “The lover boy, it feels like whatever he does, he’s going to do well,” while Yang Se Chan added, “That’s right, it makes your heart race.” Ji Suk Jin topped off the jokes by saying, “They say that if you can love, you can do everything.”

The teasing eventually got to Lee Kwang Soo, who gave in by saying, “I can’t play [the game].” The other members agreed to stop the teasing, but as soon as he got focused once more, they started singing along to the chorus of WINNER’s “Really Really.” They chanted the lyrics, “Really really really really, I like you. Where are you? Are you home? If you’re not busy, come on out. I’m in front—.” 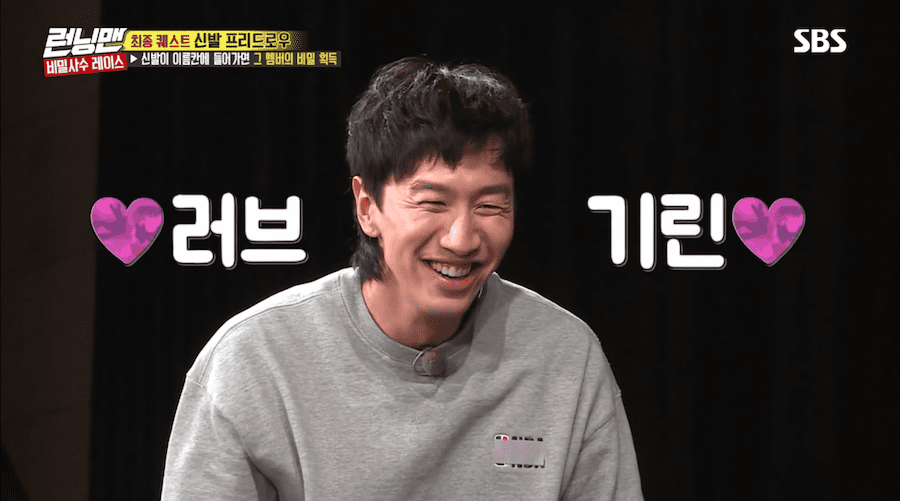 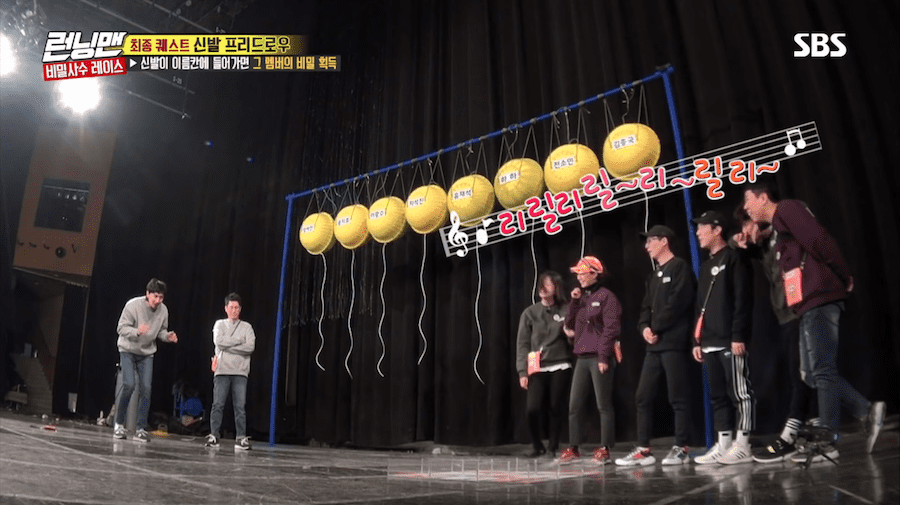 Lee Kwang Soo hilariously kicked his shoe at the members instead of the box, expressing his fake rage at their jokes. He warned them that they have only one more chance and returned to the game. However, the members kept the jokes coming as they said, “Wow, he’s so passionate. How cool!”

He finally kicked the shoe towards the box, but it unexpectedly landed and balanced on top of multiple compartments. The members were initially surprised at his close attempt, but quickly started teasing him again by yelling, “This is the power of love!” and commenting, “[Love] makes the impossible possible.”

Given another chance, Lee Kwang Soo kicked his shoe one final time, but his signature bad luck finally kicked in as the shoe landed in a compartment that took away his money.

If you haven’t already, check out this episode of “Running Man” below!