On January 16, the singer-actor appeared as a guest on MBC’s “Radio Star.”

When MC Yoon Jong Shin asked, “P.O, you made a big mistake at the Block B concert after-party?” P.O replied, “After the concert ended, I went to grab drinks with other celebrities and friends who came to the concert. We went to drink at a really nice bar in Gangnam with expensive drinks. I didn’t want to make any mistakes, and it felt as if I shouldn’t become sloppy since there were so many people, so I went to the room next door and fell asleep.” 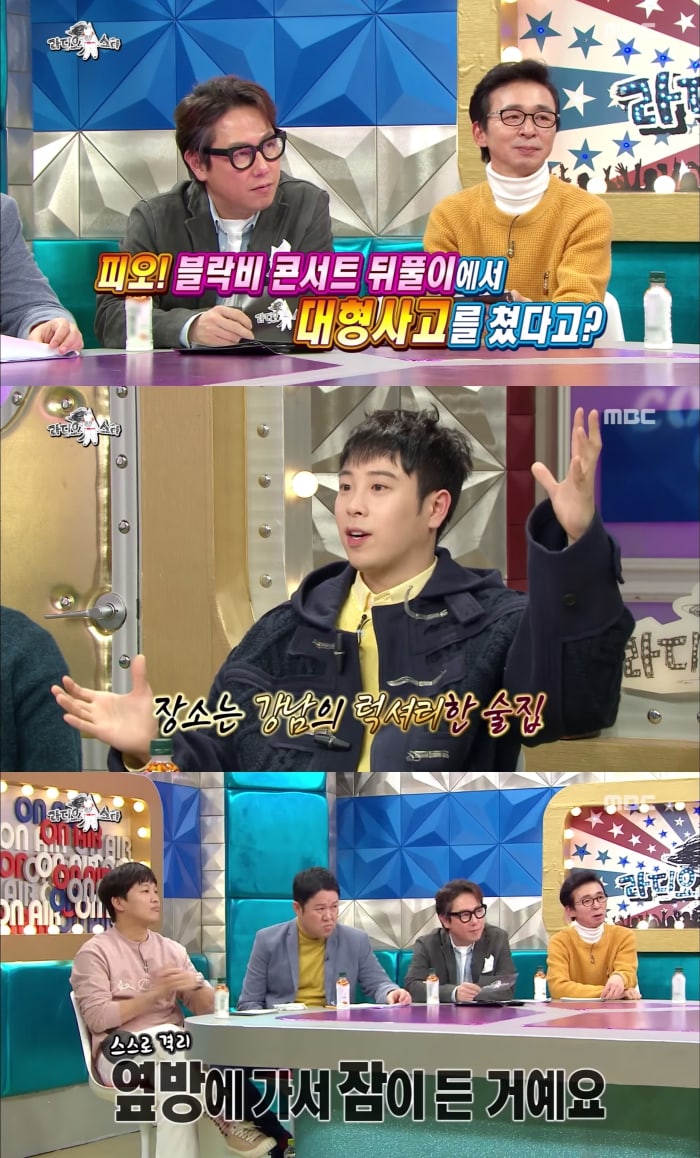 He continued, “When I opened my eyes, it was daylight. I asked myself, ‘Where am I?’ I had fallen asleep with my glasses, shoes, and watch laid out in a row in front of me because I thought I was at home. It was my first time waking up somewhere like this. It was 2 in the afternoon with the sun shining brightly.”

“I went outside and no one was there,” explained P.O. “The ceiling was high and the place felt eerie, so I ran around. It was scary like a maze. I was scared and opened all the rooms, but even the door to the emergency exit wouldn’t open. I thought, ‘Oh no!’ It was also all glass, so I could see all of Gangnam. I didn’t have my wallet or my cell phone.”

He added, “When I opened the door with all my might, the alarms suddenly began blaring. I thought, ‘Oh no this is really bad,’ and I tried running away. I was sweating, and I was so scared at 22 [by Korean reckoning].”

“I saw muscular security officers coming up the stairs, and I thought, ‘What do I do? I probably look like a thief.’ Behind them, someone who looked like a CEO walked up. I was so scared that I grabbed the wall and said, ‘I’m a singer [from a group called] Block B.’ In case they had a misunderstanding, I told them that I’m a singer of Block B, drank these kinds of great drinks for the first time, and fell asleep next-door.'” 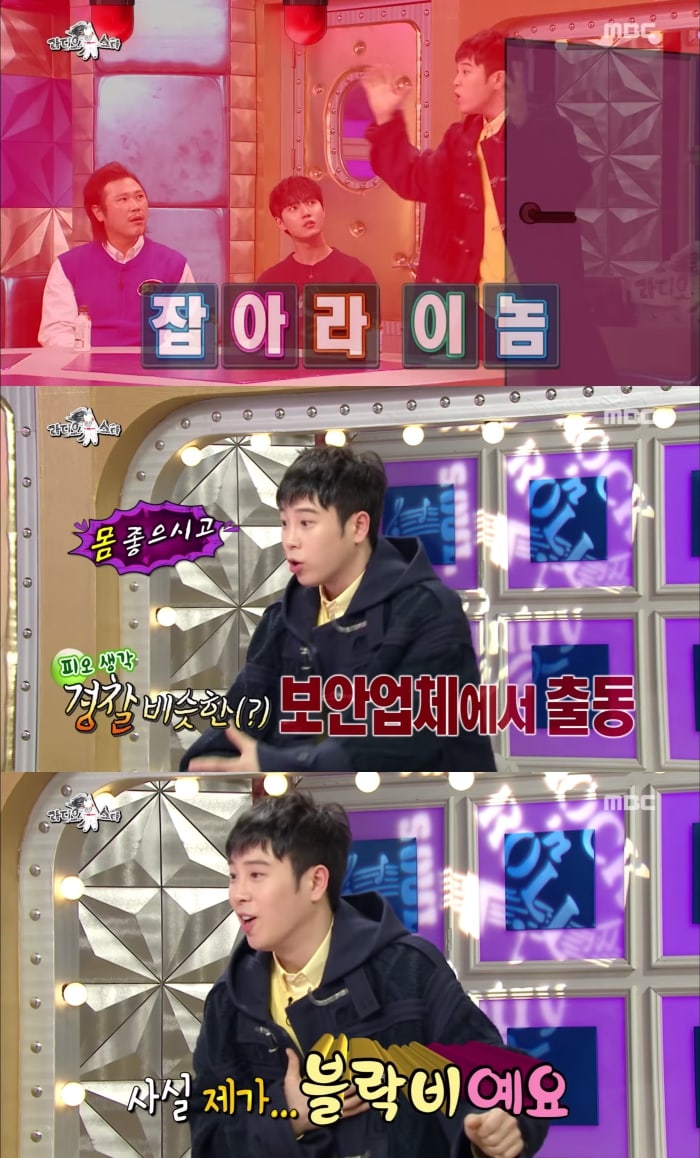 He continued, “I thought to myself that they’d call my parents, the agency, and that we’d go to the police station. But the CEO said, ‘Okay. Just write your number here and go. I thought that he was letting me go in a really easygoing way, and I got on the elevator after saying goodbye. I looked at the mirror in the elevator, and drool was smeared all over the side of my face. It was obvious to everyone that I had just woken up.”

Everyone burst into laughter, and Kim Gura asked about his personal belongings. “The members took my bag and I had just fallen asleep next door.” 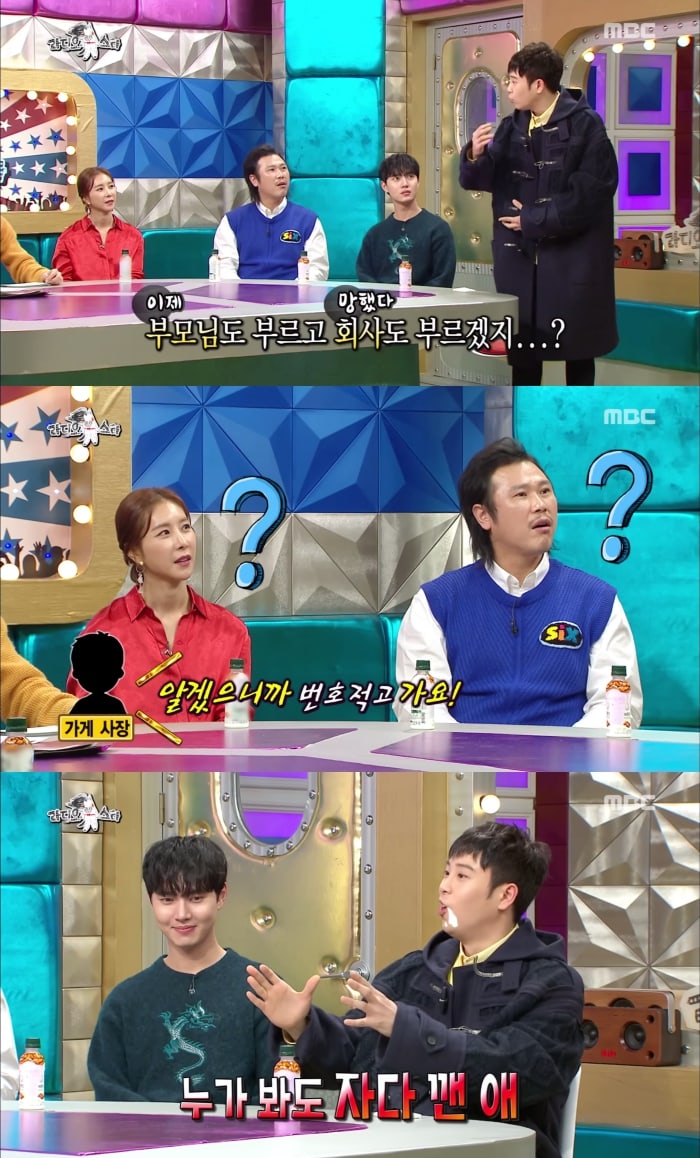 Block B
P.O
Radio Star
How does this article make you feel?