Jin Se Yeon does everything she can to catch criminals, while Kim Kang Woo is the worst sociopath of them all in new character teasers for “The Item.”

“The Item” is about a man and a woman whose fates are intertwined, and the supernatural ability to find secrets behind everyday items.

Jin Se Yeon examines a crime scene as she says, “It’s strange. It all feels like one case.” A mysterious old flip phone appears, and she speaks to a child as she narrates, “I need a special item. It’s the only hope for Prosecutor Kang Gon (played by Joo Ji Hoon).” The phone reappears as she sheds a single tear and asks, “Why do I keep thinking about that day?” She steps off a building as the captions state, “In order to catch the criminal, you have to become the criminal.” She whispers, “I want to catch the person no matter what.”

In newly released photos, Jin Se Yeon has transformed into a criminal profiler. When at work or at the scene of the crime, her cool, logical gaze sweeps over as she analyzes the things around her. 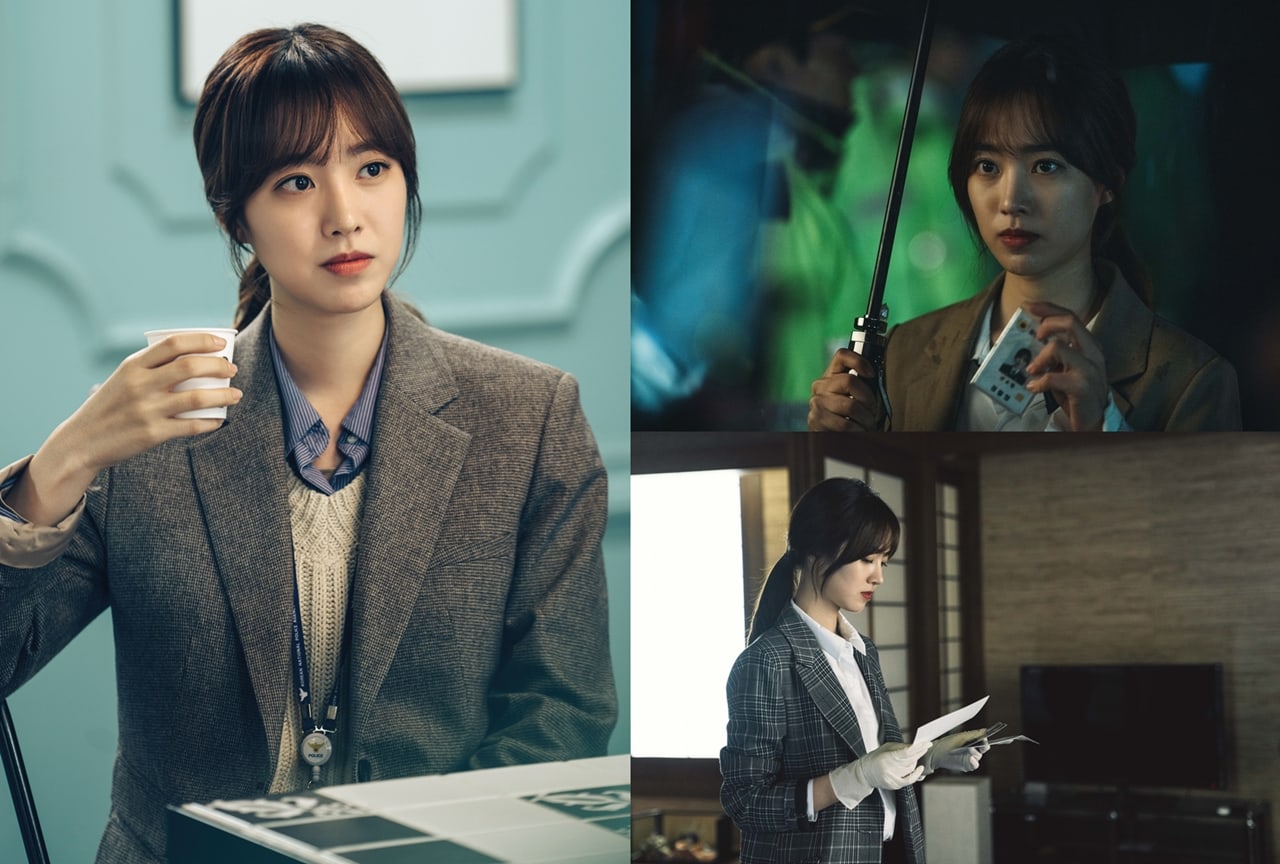 On her character, Jin Se Yeon shared, “Lieutenant Shin So Young is a very level-headed character. But Shin So Young as a person has a very sad backstory, so she is a very humane character who can relate with people’s emotions.” She added, “I acted in a very determined manner and with conviction when she’s profiling. But it was the opposite when she thinks about her past or when the people around her fall in danger. I worked hard to convey her understanding of their emotions and her emotions.”

In his character teaser, Kim Kang Woo asks emotionlessly, “Isn’t it fun? I like it when I see people forced out of their way and struggle.” He then puts on a show, putting on a completely different personality as he kneels down in front of reporters and says, “I would like to sincerely apologize to all the citizens in the country.” He shows his knowledge of the special items, as he says, “I’ll have to go find the item tonight,” and, “It’s true I’m special.” The captions declare, “Why should I believe in God? I am God.” He asks, “Do I still look like a monster to you?”

“The Item” will air its first episode on February 11, and will be available on Viki!

Jin Se Yeon
Kim Kang Woo
The Item
How does this article make you feel?