Ki Tae Young is quite the romantic and doting father!

On the January 17 episode of “Life Bar,” Ki Tae Young talked about his wife Eugene and their daughter Rohee. Ki Tae Young, Eugene, and Rohee received much love when they appeared on the KBS variety show “The Return of Superman.”

Ki Tae Young first talked about filming “Creating Destiny” together and their kiss scene. He shared, “We were filming in Australia, and we had to film our kiss scene first. So as soon as we met, we filmed our kiss scene.” When Kim Heechul asked if he had had feelings for Eugene starting from then, Ki Tae Young replied, “Your emotions don’t really get immersed in the kiss scene like you might think.”

Ki Tae Young continued, “During the five months of filming, we would only greet each other and nothing really happened for four months. We weren’t interested in one another, and never thought about marrying another celebrity.”

He elaborated on why he fell for Eugene. He said, “The thing that stood out to me was when we were eating with the staff members, and she didn’t participate in talking behind people’s backs and didn’t let that color her perception. For the last nine years with her, I haven’t heard her talk about others. I thought that was a bit special, and afterwards we communicated well so we started dating.” 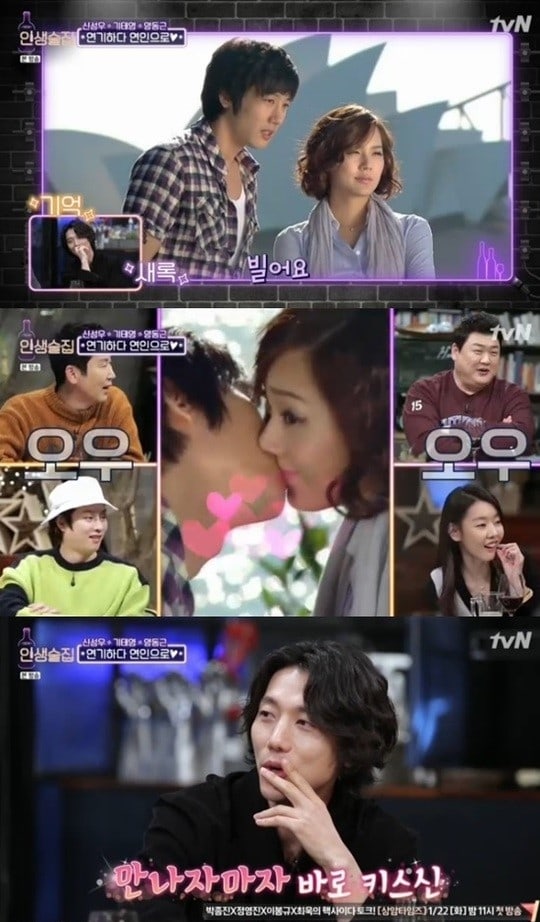 Ki Tae Young was asked how he proposed to his wife. He started off by saying, “I’d never really thrown events, and I’m not the type to really enjoy them either. But my wife has a group of friends and I joined them once. When I was there, they were all talking about how they received gifts or events from their boyfriends or husbands. I was the only guy there, and I thought that I needed to do some kind of event, even though I wasn’t confident in doing one.”

He remarked, “I recorded messages from her friends, memorized a piece on the piano, and made a whole video. I laid out candles in the house we were going to live in. Then I asked my wife’s friend to talk her down. So the friend asked her if she had gotten a proposal, and when my wife said no, she asked her why she was marrying a guy who didn’t even propose and such.”

Ki Tae Young explained, “My wife isn’t really the type to get influenced by those sorts of things, but I think she started feeling strange because she kept hearing it over and over again. So then I took her upstairs, and she was visibly upset. But then I opened the door, and there were candles, roses, and everything. She cried.” 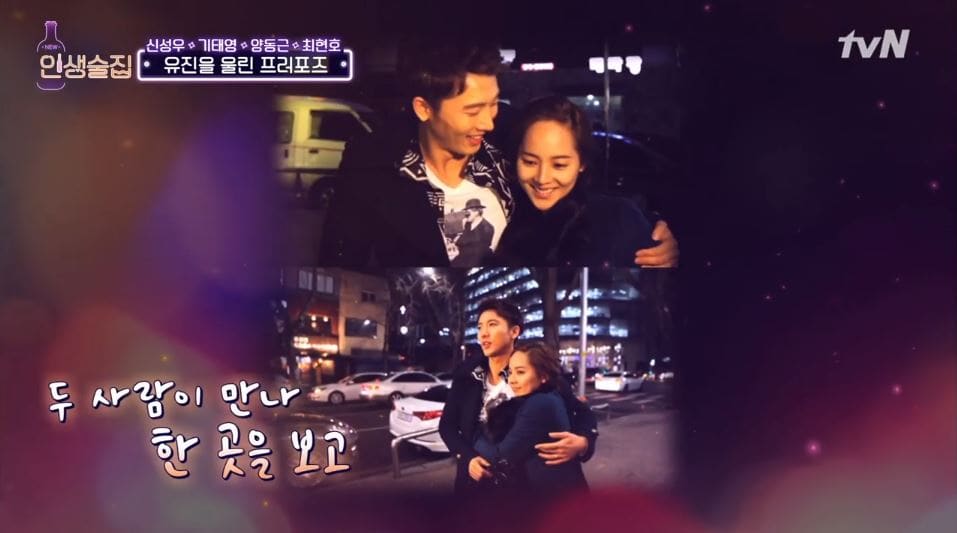 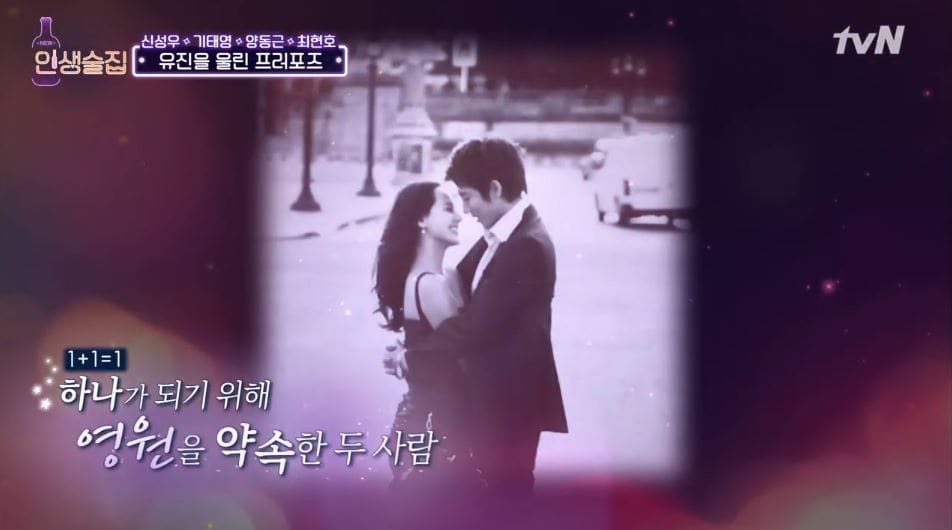 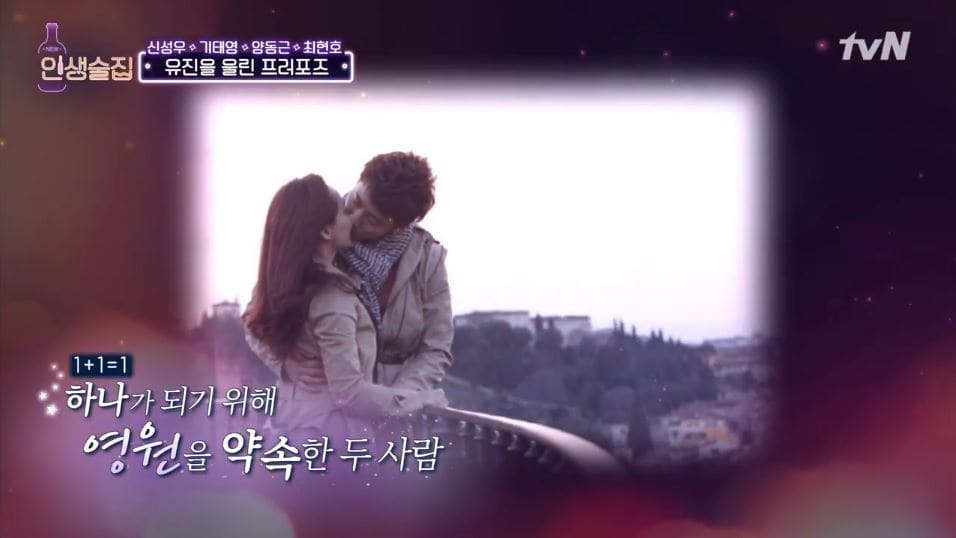 Ki Tae Young then talked about their daughter Rohee. Sharing that she turned five years old (Korean reckoning), he couldn’t keep a smile off his face as they watched adorable video clips of her.

He was asked if he got upset because she was growing up so fast, and he answered, “That’s not what I got upset about. When she was four years old, she went through a period where she really didn’t listen. It’s something that everyone goes through. For example, if eating breakfast and brushing her teeth were broken up into 100 different steps, she said ‘no’ to every single step. She won’t even do things she likes. It’s really difficult because it’s hard to make things happen.” 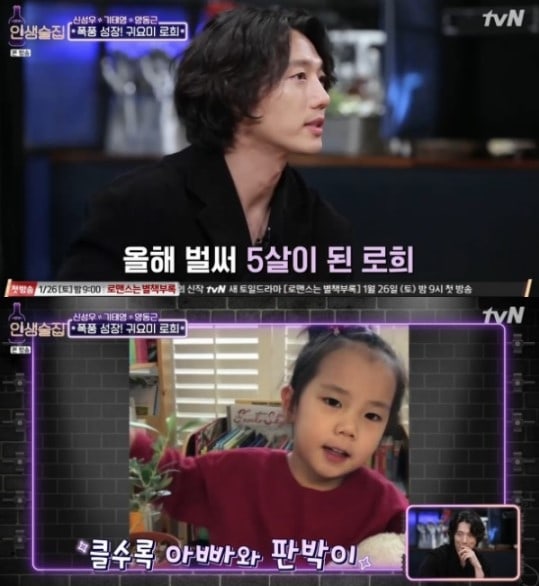 Ki Tae Young commented, “Last year, it got so difficult that when she wasn’t around, I once punched a wall. I obviously know that you’re not supposed to get angry with the kid or take your anger out on them. But sometimes that’s all you have when it comes childcare.”

He added, “I did all of the childcare by myself. Right before we had Rohee, I did a project. Then when we had her, my wife worked right away. So I told her that she could go work comfortably, and that I would take care of Rohee. So I studied. I also found out what childcare depression was.”

The couple welcomed their second daughter Rorin to the family last August. During the show, he was asked to show photos of Rorin, and he gave everyone a look at her through a photo on his phone. 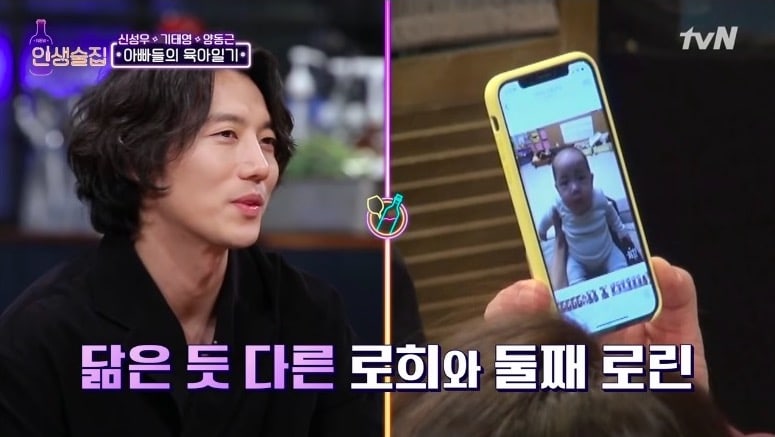 He shared that while their daughters look similar, they have different personalities, as their new daughter smiles and acts cute more than Rohee had.