HaHa became emotional while speaking about his wife Byul on MBC’s “The Manager.”

On the January 19 broadcast of the reality show, Byul revealed her everyday life with her manager. At one point during the episode, HaHa met up with Byul’s manager for a drink and asked, “Did she do a good job [singing today]?”

The manager replied, “It was amazing!” and showed him video clips that he had taken of Byul singing live. 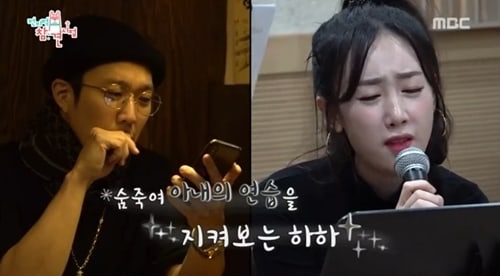 While watching the clip of Byul singing on her manager’s phone, HaHa commented quietly, “She’s sick, and she’s not in good [physical] condition.” Tearing up, he said, “I feel so weird these days. I [recently] performed at Jara Island in Gapyeong County. My wife brought our kids to watch the performance, and I felt so sorry [to her]. I was thankful, but I mostly felt sorry.”

HaHa went on to explain that he felt responsible for causing another hiatus in Byul’s singing career, bringing up their recent announcement that they are expecting a third child.

“Articles were recently published about our third pregnancy,” he said. “Of course, there were many people who congratulated us, congratulating us, but I felt so sorry to Go Eun [Byul’s given name] and her fans. I had even said on air that our second child would be our last.”

While watching the footage from the studio, Byul added, “Some of my fans actually did blame my husband because they were upset.” 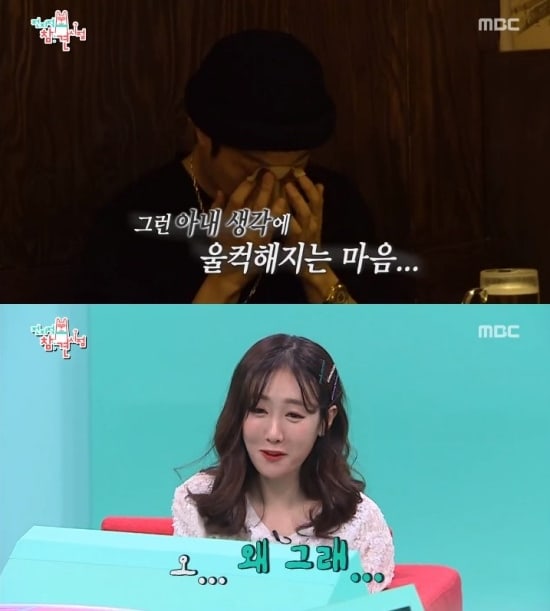 In December 2018, HaHa and Byul confirmed that they are expecting their third child and shared their thoughts on the news. HaHa also mentioned on SBS’s “Running Man” that he felt apologetic to her fans for delaying Byul’s return to the stage.

“The Manager” airs on Saturdays at 11:05 p.m. KST. Check out last week’s episode below!

Byul
HaHa
The Manager
How does this article make you feel?