tvN’s Monday-Tuesday drama “The Crowned Clown” has shared new behind-the-scenes stills of Yeo Jin Goo and Lee Se Young as they brave the cold to film their scenes.

“The Crowned Clown” tells the story of a king who finds himself under attack by people who wish to overthrow him and turns to a clown who looks just like him to take his place. Yeo Jin Goo plays both King Lee Heon and the clown Ha Seon, while Lee Se Young plays Queen Yoo So Woon. The drama has been captivating viewers with its solid storyline and chemistry between cast members, rising in viewership ratings every episode.

The new stills show Yeo Jin Goo and Lee Se Young preparing to film their scenes despite the freezing temperatures. As the outfits they are wearing are not thick enough for the cold weather, the two actors wrap themselves in woolen blankets and use scarves and earmuffs to warm up their ears in between takes. Yeo Jin Goo stands behind Lee Se Young to block the wind from getting to her, and she slightly leans on him as they huddle for warmth. Despite the cold, both actors don’t lose their concentration as they work together on their scenes. 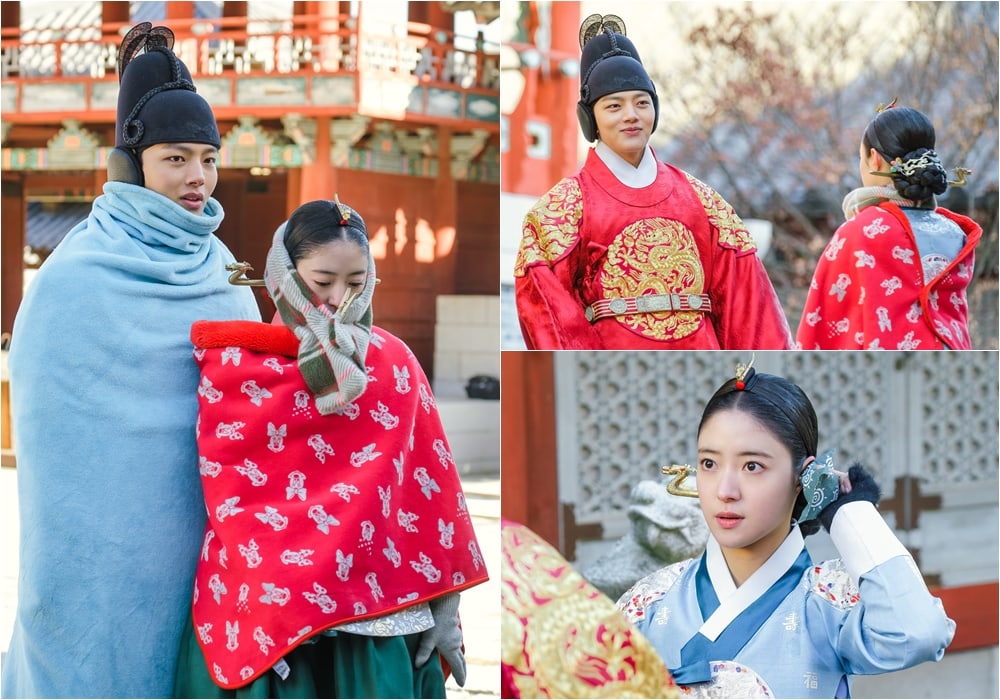 The production staff of “The Crowned Clown” stated, “Yeo Jin Goo and Lee Se Young make the atmosphere on set sweeter with every scene they film together. We think that translates so well on to the screen and is what’s captivating viewers,” and, “Now that the clown has become the king, we think the direction his relationship with the queen will take will be one to watch. Please anticipate it.”

“The Crowned Clown” airs every Monday and Tuesday at 9:30 p.m. KST. Catch up with the latest episode below!