On January 21, tvN’s “The Crowned Clown” released teasers of Yeo Jin Goo and Lee Se Young in a scene from the upcoming episode.

“The Crowned Clown” is a period drama about King Lee Heon, who is surrounded by enemies on all sides, and the lookalike clown who takes his place, Ha Seon (Yeo Jin Goo plays both roles). Lee Se Young plays the queen, Yoo So Woon. The drama recently recorded viewership ratings of over 10 percent. 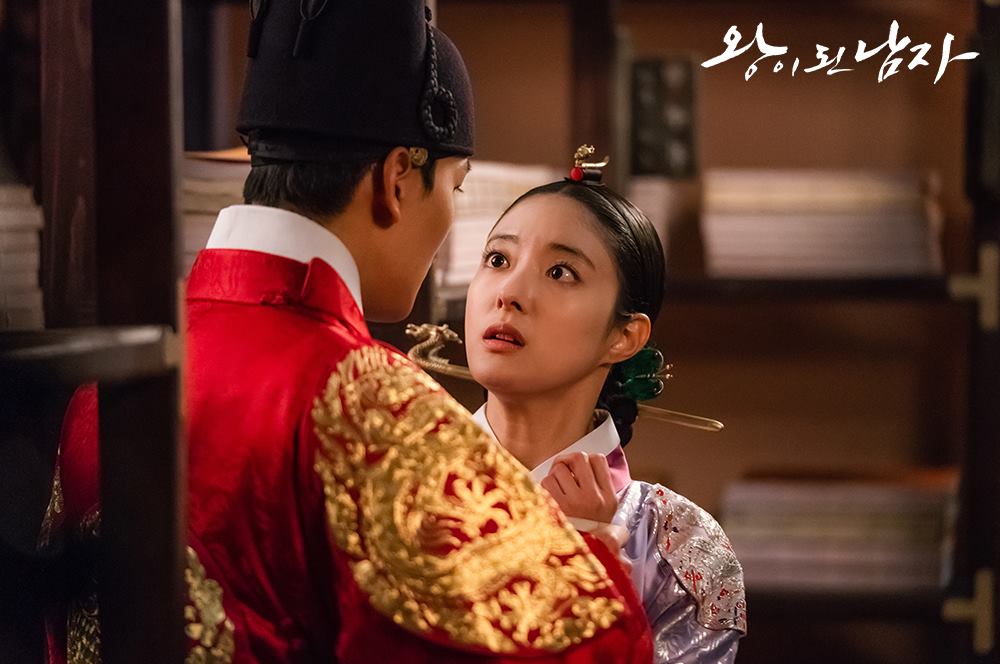 In the stills, the two of them are sharing what appears to be an embrace in the library, though Lee Se Young appears shocked by Yeo Jin Goo’s closeness. Yeo Jin Goo, on the other hand, has eyes only for her.

The production staff stated, “So Woon’s heart is opening towards her husband (though in reality it’s Ha Seon) and she is on the verge of falling in love with him. Ha Seon and So Woon’s romance will flow naturally from that development. There will be many heart-pounding moments from the upcoming episode, so please look forward to it.”

You can watch the latest episode on Viki below!