CAMILA’s Han Cho Im talked about the dress she wore to the 28th Seoul Music Awards.

On the January 22 broadcast of SBS’s “Night of Real Entertainment,” Han Cho Im participated in an interview where she spoke all about the revealing dress she wore on the red carpet that caused her name to top realtime trending searches on Korean portal sites.

On January 15, Han Cho Im co-hosted the music award show’s red carpet ceremony with Kwon Hyuk Soo. Many singers were shaking in the cold while posing for photos, and some stars, such as MOMOLAND’s Yeonwoo and Super Junior’s Kim Heechul, expressed their concern for Han Cho Im on the red carpet.

She began the interview by introducing herself as “CAMILA’s leader, CEO, manager, and stylist.” CAMILA is a five-month-old three-membered girl group that promotes on their own without an agency. 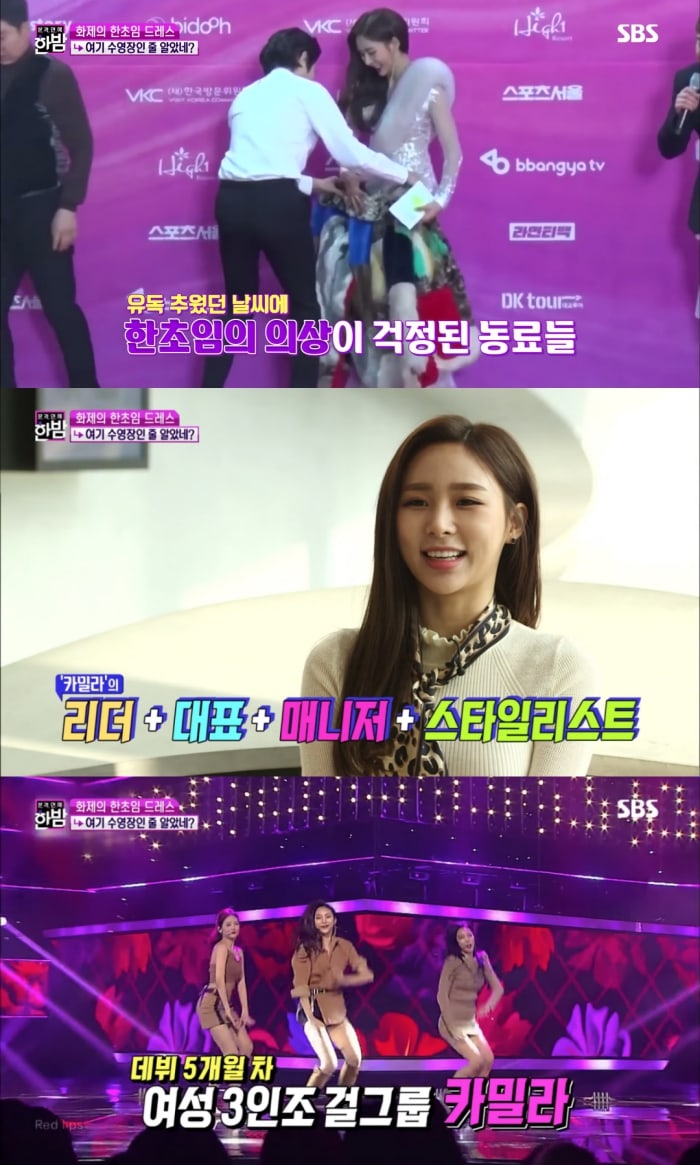 Holding up the dress that turned her into a viral sensation, Han Cho Im said, “I saw it on the internet, and a close acquaintance was able to purchase it for 90,000 won (approximately $80). It was originally a dress, but it seemed like it was lacking something, so I cut it to make it shorter at the end.”

When asked about her decision to wear a revealing dress, Han Cho Im answered, “I was given such a good opportunity, and I thought that it could be a chance for me to raise awareness about CAMILA. I didn’t even worry about being cold and tried my best to prepare for it.”

Han Cho Im isn’t the first female celebrity to embrace the red carpet as an opportunity for promotional purposes. Many actresses have received the spotlight for their daring red carpet looks in the past, and the red carpet has now turned into a valuable platform where stars can gain more recognition from the public.

“I apologize if my dress was excessive,” concluded Han Cho Im. “I’m probably lacking a lot, but I hope you’ll look at me favorably. Please love CAMILA a lot. Thank you.” 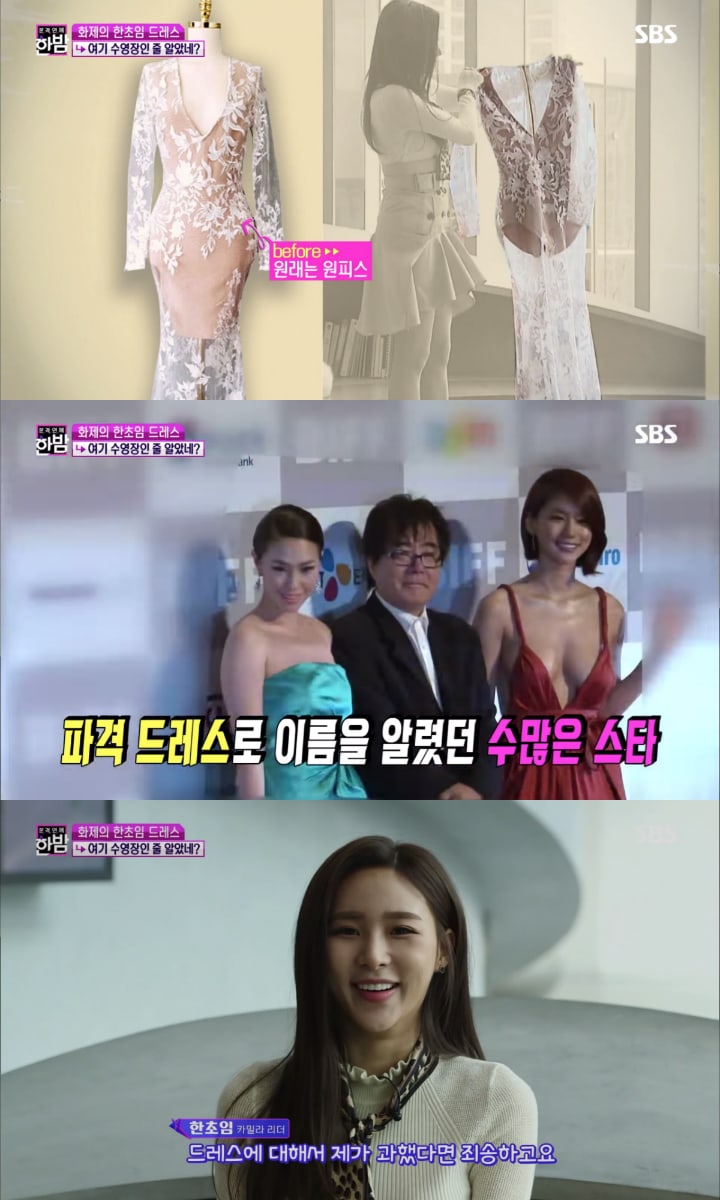 “Night of Real Entertainment” airs on Tuesdays at 8:55 p.m. KST. Check out an episode below:

Night of Real Entertainment
XPN
CAMILA
Han Cho Im
How does this article make you feel?