On January 23, Baekho held a V Live broadcast and spoke about the 33rd Golden Disc Awards.

Both NU’EST W and BTS attended the 33rd Golden Disc Awards on January 6, which took place at Gocheok Sky Dome in Seoul. A fan-taken video of the event showed that there were only three chairs for NU’EST W’s four members, resulting in two members sitting down while the other two stood behind them. After seeing this, V brought the group an extra chair so all of NU’EST W could all sit down.

During his broadcast, Baekho explained, “At the time, two of us stood up and two of us sat down. There were three chairs. We had to sit down, but it would be weird if three people sat down and one person stood up since there are four of us. But we couldn’t all stand up, so we wondered about the best possible option.”

He continued, “We often sit like that during interviews. If two people sat down and two people stood up, we thought that it might look as if it were intentional. Another singer then brought us a chair and I was so grateful. We were flustered, but he came up with a solution. He was like an angel.” 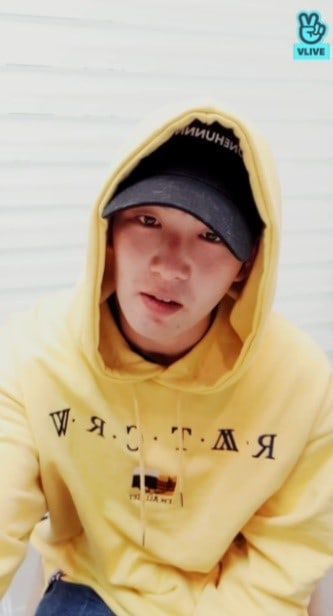 NU'EST
BTS
Baekho
V
How does this article make you feel?