Shannon has shared her plans to leave her agency MBK Entertainment and Korea soon.

On January 24, Shannon answered some questions from fans via Instagram. One of her fans asked if she has plans to leave Korea.

Shannon replied, “Unfortunately, I actually do. I love Korea but I feel like I want to be able to be more creative and write songs that I can really connect to and just be more carefree since I know you guys are going to be there with me every step of the way, which I am very thankful for.”

She continued, “So for everyone asking and who have been patiently waiting: No, I am not having a comeback. I am leaving my company very very soon.” 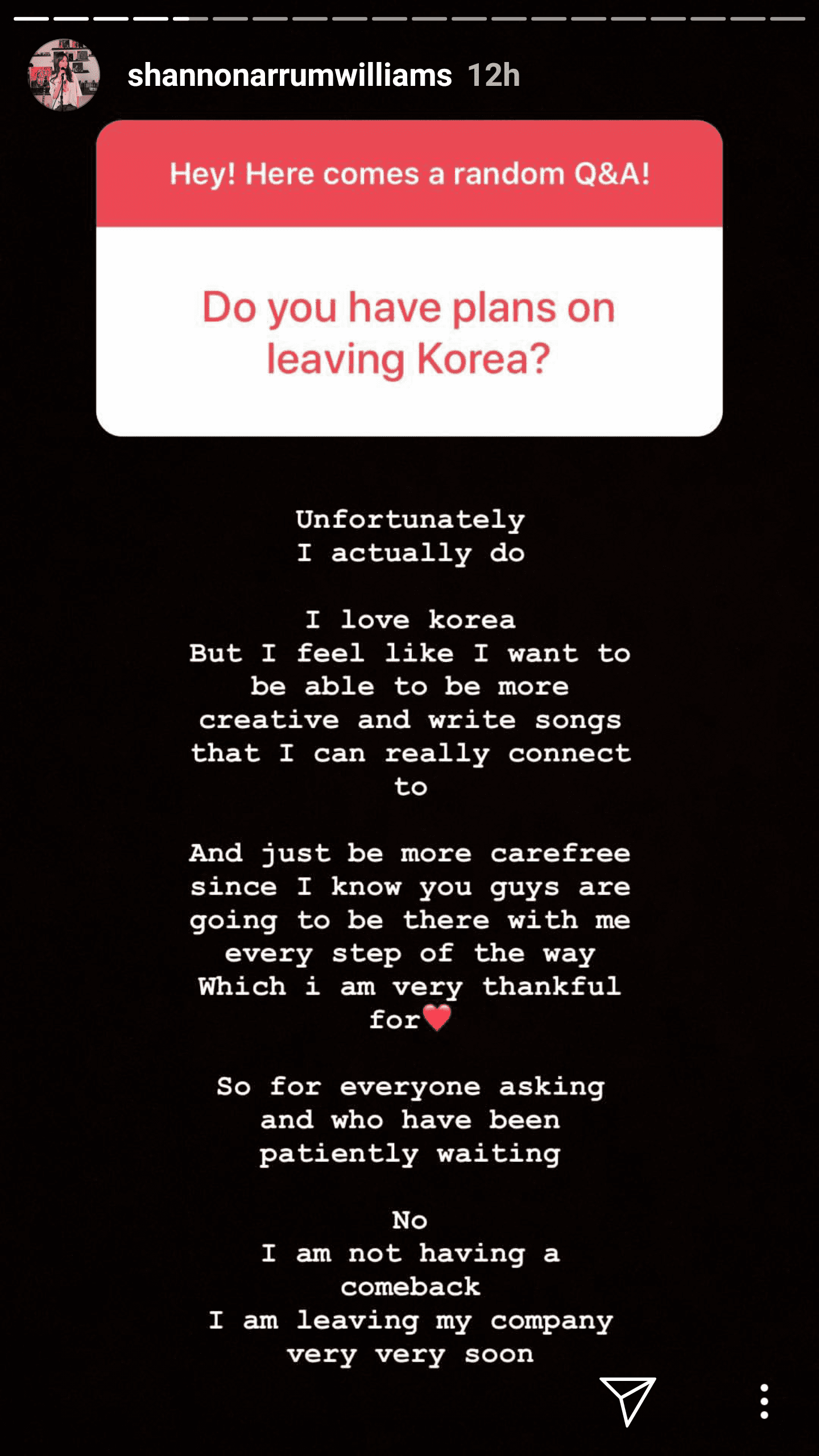 Another fan asked her, “Is living in the dungeon scary?”

She replied, “Girl, you get used to it. Until you don’t get paid at all. And they use your voice and tell you it’s a guide for another group’s song without your permission. And don’t credit you for writing their English lyrics for them. And give the work that came in specifically for you to another artist. And never let you go overseas just ‘because.’ And basically force you to go out on shows you don’t want to go on just so the other group in your label can get a promo or deal. That’s when all hell breaks loose.”

“Stand up for yourself,” she added. “Work hard for yourself. Respect yourself. Don’t let anybody tell you otherwise. I’m glad I’m done.” She also wished good luck to everyone left, saying they’re going to need to it. 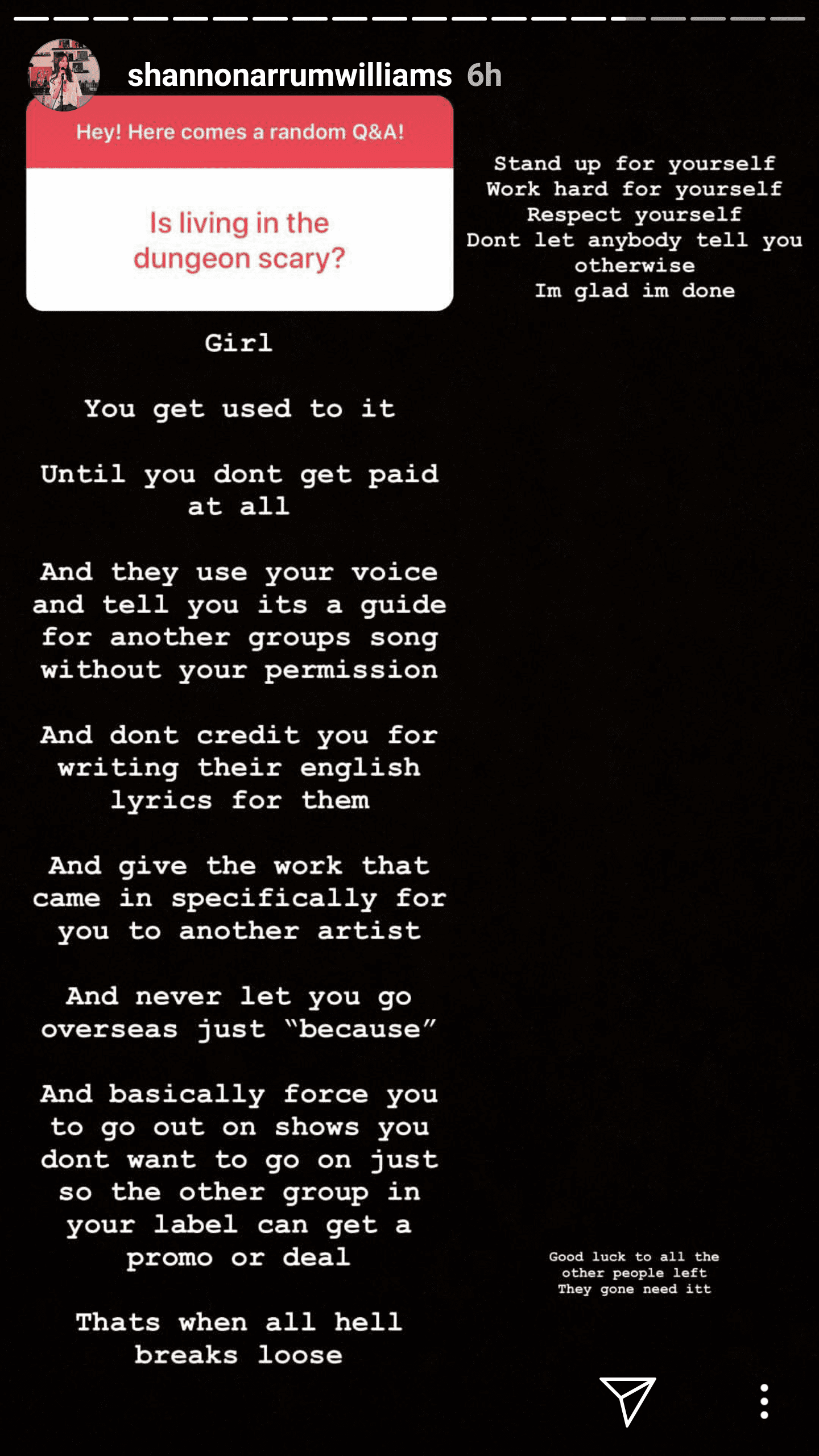 Another fan also expressed their sadness over the news that Shannon won’t be making another Korean comeback.

“I know,” she replied. “I’m sorry. You can blame my company for that matter. I promise to come out with something soon.” 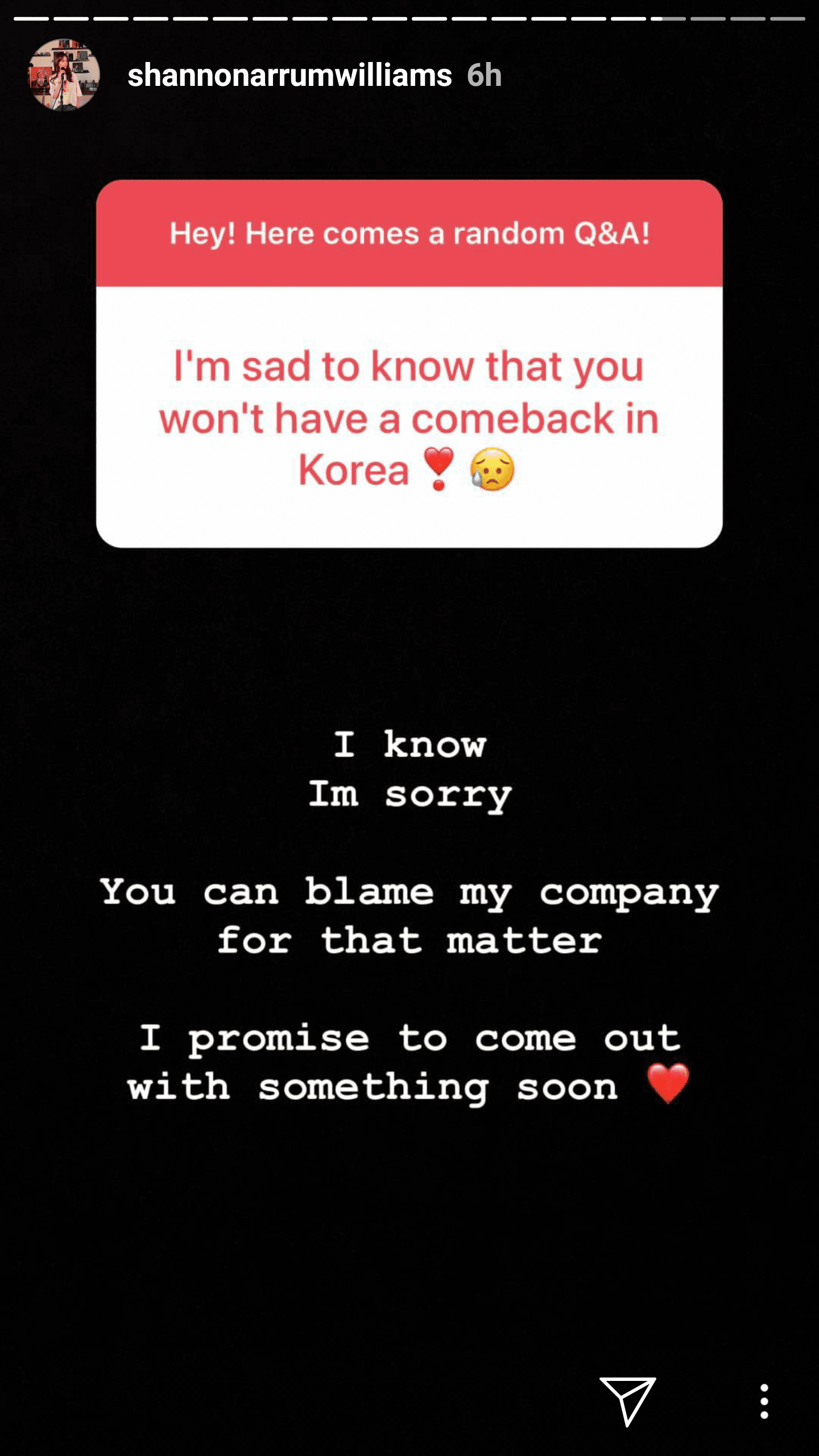 Shannon is a British-Korean solo artist who impressed with her singing skills on “Star King” in 2010 and was then signed to Core Contents Media (now MBK Entertainment) in 2011 at the age of 13.