Singer Hwang Chi Yeol has apologized after receiving criticism for talking about air pollution in China on the January 23 broadcast of MBC’s “Radio Star.”

At the time, the singer said, “Before I left for China, singers I knew that had promoted in China said the air quality was poor and that the water might not agree with me. When I got outside at the airport, I couldn’t see right in front of me, and I thought, ‘The air really is bad.’ After drinking the water, it tasted a bit differently, but it didn’t matter to me at all.”

However, some Chinese media and netizens took offense to Hwang Chi Yeol’s statement, with one outlet reporting that Hwang Chi Yeol mocked China for the air quality. 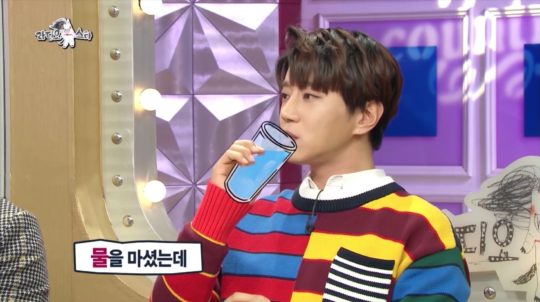 January 25, Hwang Chi Yeol posted an apology to his Weibo account, in both Korean and Chinese.

Hello, this is Hwang Chi Yeol.

First, I would like to apologize to anyone who felt discomfort due to my statement. I also watched the controversial statement on television and believe that there was plenty of room for misunderstanding.

However, what I wanted to express is that though the environment in China and Korea is different, it’s not an issue for me at all when it comes to me promoting in China.

Regardless of my intentions, I sincerely apologize to those who were hurt by what I said.

I will always work to look back and improve on my actions. 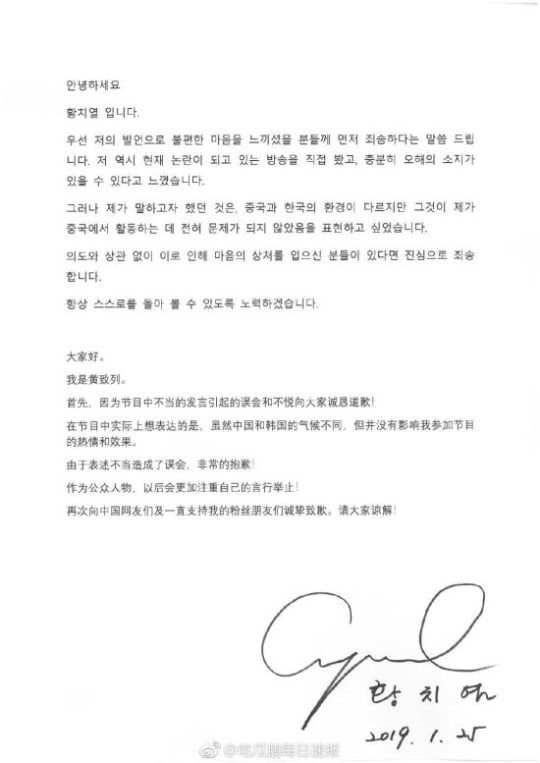 Hwang Chi Yeol
Radio Star
How does this article make you feel?