Based on the popular webtoon of the same name, “The Item” is a fantasy drama about a man and a woman that set out to uncover the secrets behind several mysterious objects with supernatural powers.

Joo Ji Hoon will star as Kang Gon, a prosecutor who becomes entangled in the mystery while attempting to save his beloved niece (played by child actress Shin Lin Ah). Meanwhile, Jin Se Yeon will play the role of Shin So Young, a talented criminal profiler who remains perfectly composed even when faced with the most horrific of crime scenes.

On January 26, “The Item” released several behind-the-scenes photos of its stars ahead of the drama’s premiere. According to the production staff, both Joo Ji Hoon and Jin Se Yeon have been enlivening the atmosphere on set, with Joo Ji Hoon affectionately taking care of his young co-star Shin Lin Ah both on and off-camera. One photo shows Jin Se Yeon wearing a bright smile as she prepares to film a scene, while another shows Joo Ji Hoon taking a moment to pose for a photo with Shin Lin Ah between takes.

However, the two stars are also dedicated to their craft, and their seriousness about their work shines through in other photos. One photo shows Joo Ji Hoon meticulously poring over the details of a scene during rehearsal, while another captures Jin Se Yeon rushing to monitor her own take as soon as she completes filming. 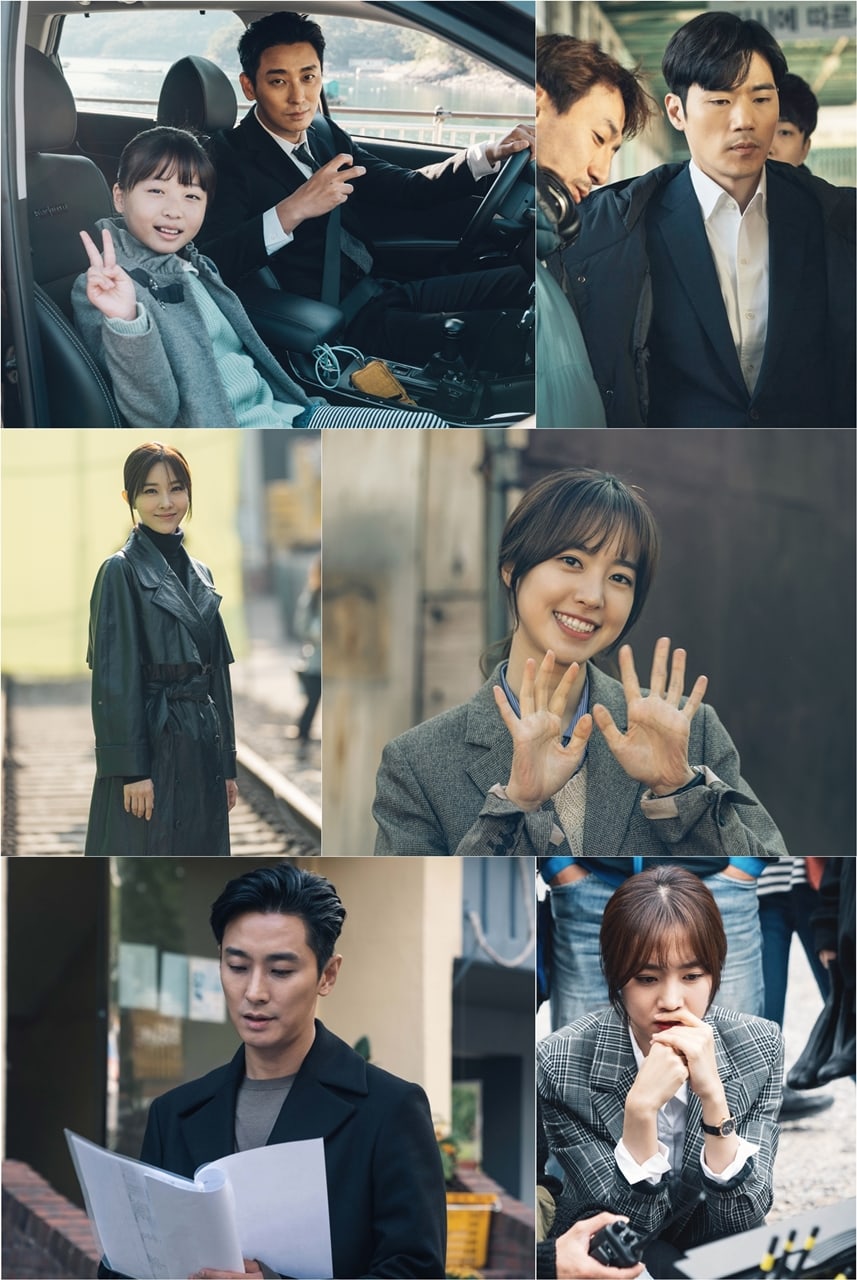 The producers of “The Item” commented, “The passionate performances of the entire cast, who have immersed themselves in their characters, are contributing to the high quality of the drama. Even while filming scenes that require extremely high levels of concentration, the actors have been performing without losing their focus.”

They added, “Thanks to the actors who never stop smiling, even in this cold weather, the atmosphere on set is always warm.”

“The Item” premieres on February 11 at 10 p.m. KST and will be available with English subtitles on Viki.