Kwanghee Shares Update On His Friendship With BIGBANG’s G-Dragon

On the latest episode of “Amazing Saturday,” Kwanghee joked about the current state of his friendship with BIGBANG’s G-Dragon.

During the January 26 broadcast of the tvN variety show, Kwanghee and Nam Chang Hee appeared as guests to help the cast guess lyrics to songs in order to win delicious food.

While introducing the song for the first round, host Boom hinted, “[This artist] has a connection with Kwanghee, and they’re the same age.” Kwanghee immediately guessed that it was G-Dragon, referring to the BIGBANG member as “my friend.”

Boom revealed that G-Dragon’s “MichiGO” was the song for the first round, then asked Kwanghee if the two were still in touch. Kwanghee shared that they were no longer in contact, saying, “We became close while doing the [‘Infinite Challenge‘] music festival. I thought we’d be friends forever, but it didn’t turn out that way.”

He went on to joke, “Jiyong [G-Dragon’s given name] has a calm personality, but I kept pestering him, and I think that didn’t match well with his mentality. Because I kept bugging him, I think we slowly grew apart. It’s my fault, really.” 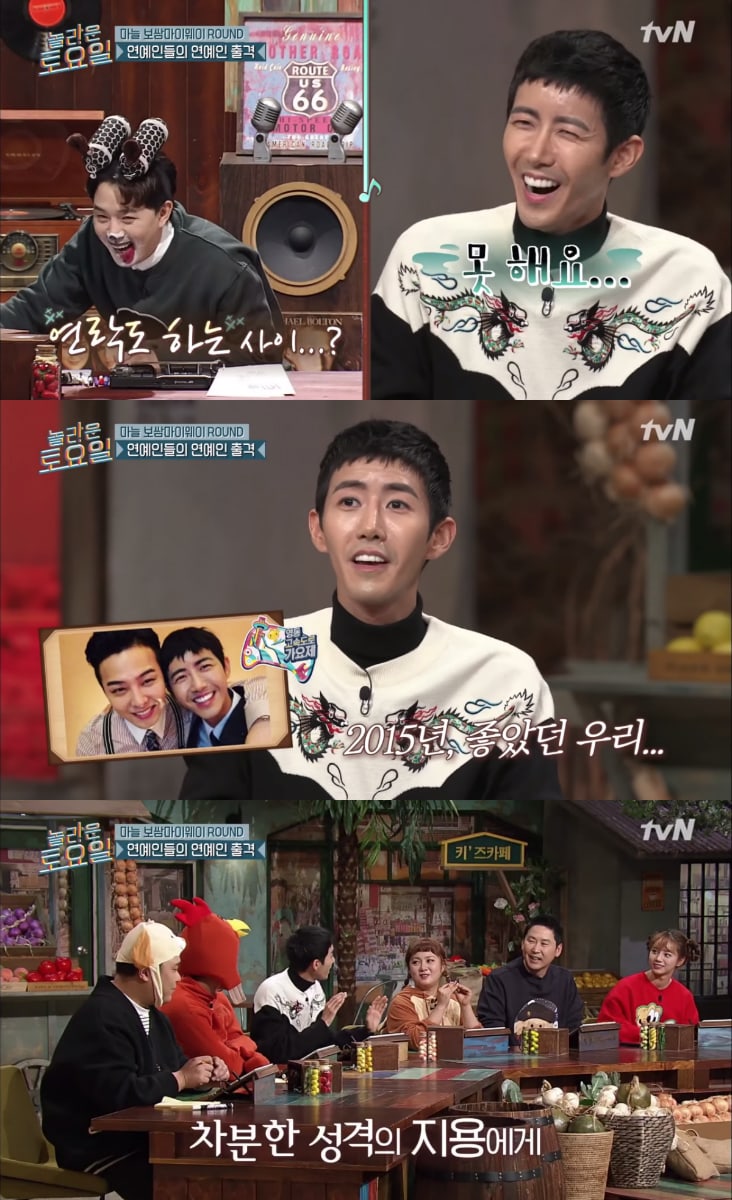 G-Dragon is currently serving in the military and will be discharged on October 26 of this year.

BIGBANG
G-Dragon
Kwanghee
ZE:A
Amazing Saturday
How does this article make you feel?