Stars Who Will Be Discharged From The Military In 2019

Many top celebrities who are currently serving in the military are due to finish their service in 2019!

While it felt as if the time would never pass, fans are excited to hear that their long wait is coming to an end. 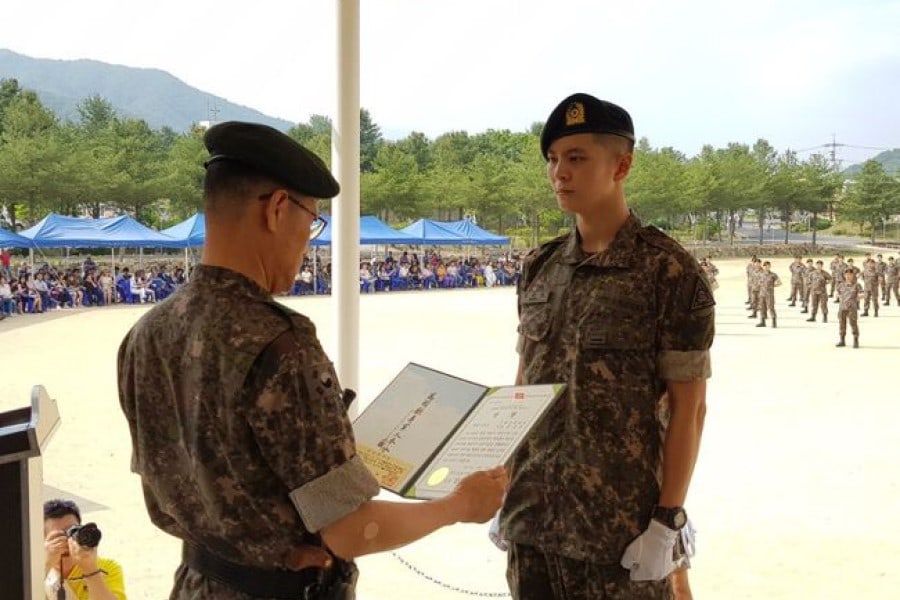 Actor Joo Won will be the first to finish his service among celebrities in 2019, as he is to be discharged on February 5. While he passed the examination for the police department, he decided to perform active duty instead and entered the military in May 2017. He won first place in basic military training during training for new recruits and was promoted to assistant instructor in his army division. As Joo Won has gained attention from the public for his acting skills and high-rating dramas, it seems as if production staff will be fighting to have him for their next project! 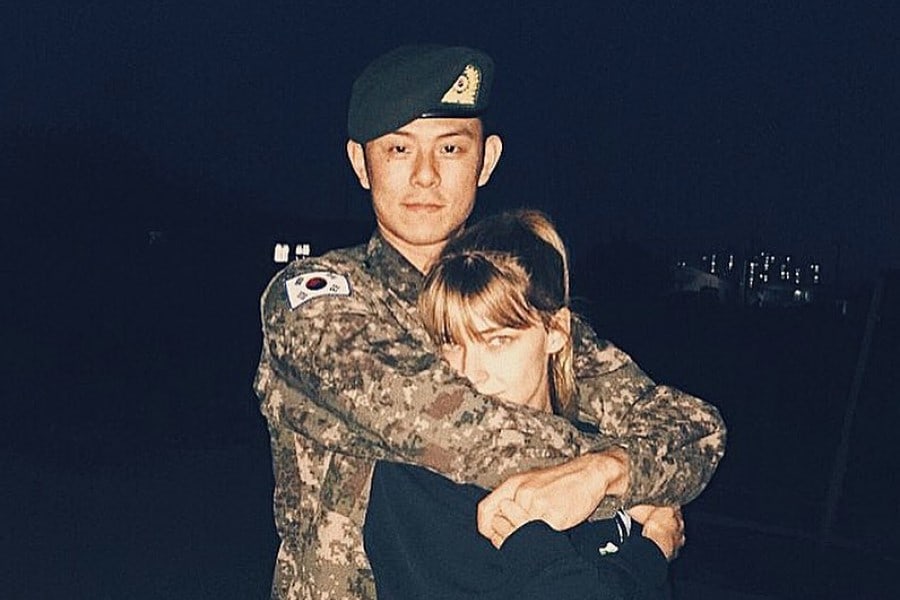 Rapper Beenzino will also be discharged in February, returning to the arms of his fans and his girlfriend Stefanie Michovia. Stefanie Michovia has given fans updates of Beenzino through her Instagram, also sharing with the fans the unique gift Beenzino sent to her from the army. 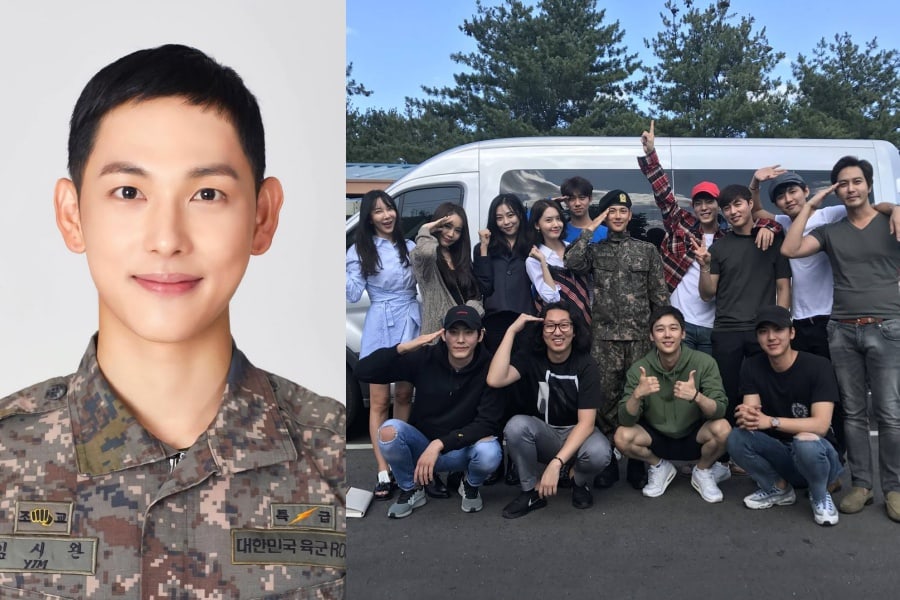 Im Siwan will be discharged on March 27! After enlisting in July 2017, he is currently serving as an assistant instructor for new recruits of the 25th Infantry Division. Having been acknowledged for his acting on various projects including “The Moon Embracing the Sun” and “Incomplete Life,” he’s expected to continue showcasing his acting skills after being discharged. Before enlisting, he filmed “The King Loves,” whose cast visited him in the army. 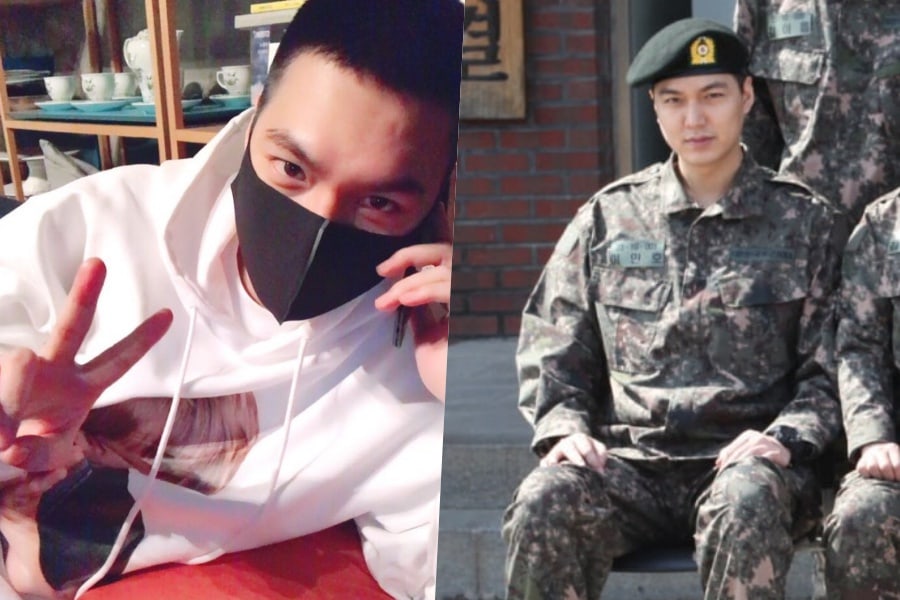 Lee Min Ho will be discharged on April 25. Due to a car accident in the past, Lee Min Ho had to place an iron rod in his leg. Due to this history, he served as a public service worker at the Gangnam District Office and is currently serving at a social welfare center in the neighborhood of Suseo. 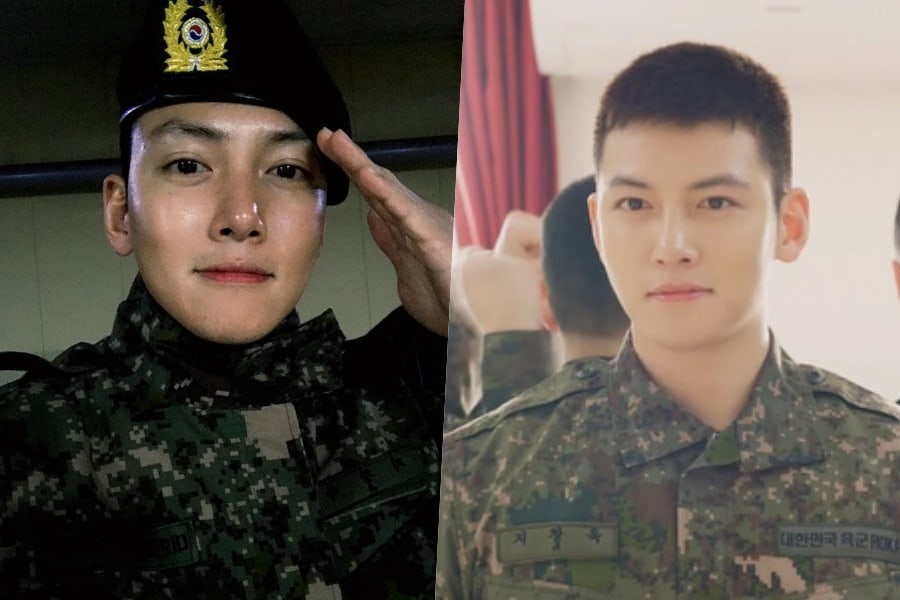 Ji Chang Wook is set to return on April 27! After enlisting in August 2017, he is serving at the 3rd Infantry Division with Joo Won. He is currently starring in the military musical “Shinheung Military Academy” with Kang Ha Neul and INFINITE’s Sunggyu. Before enlisting, he showed his abilities to digest diverse characters with “Suspicious Partner.” 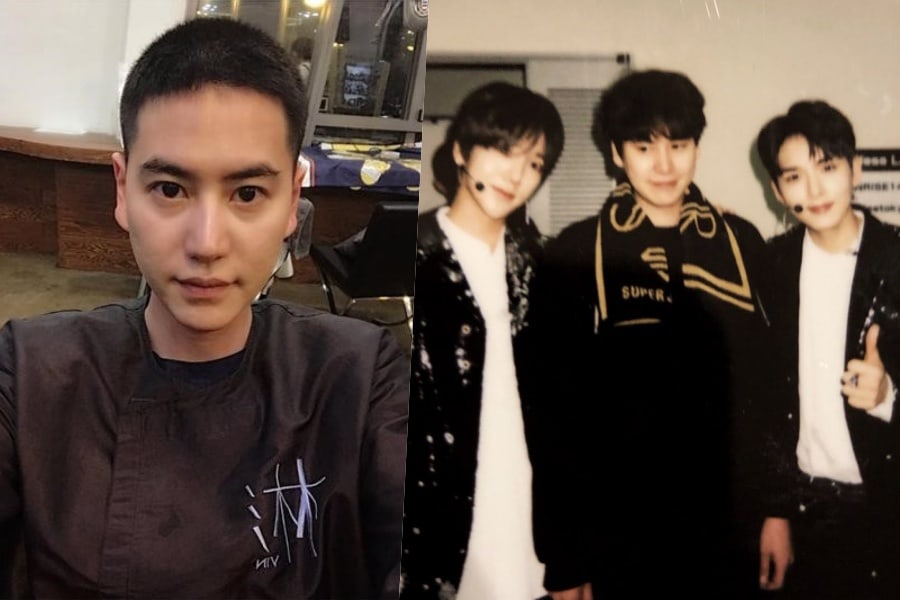 Super Junior’s youngest member will be discharged on May 7. Following Ryeowook, Kyuhyun will be the last member to finish his military service. During his breaks, Kyuhyun has taken the time to support his members during their comeback and concert in Japan. Fans are excited for the singer’s return as well as what projects Super Junior will take on with Kyuhyun’s return. 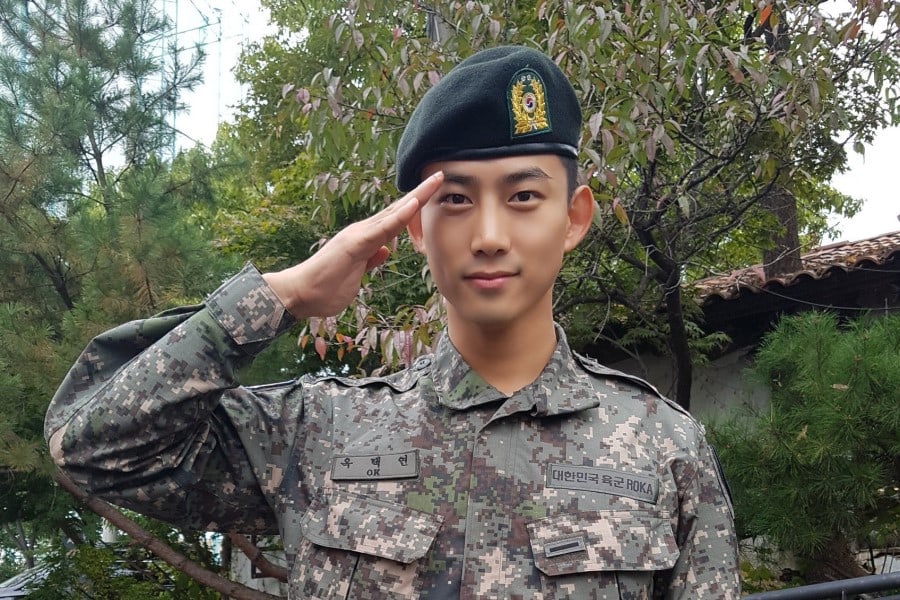 Taecyeon will be discharged on May 16! Previously, Taecyeon gave up his green card in the United States and also received surgery for the discs in his back in order to serve in the military. He is currently serving in the 9th Armed Forces Division in Gyeonggi Province as a military instruction assistant. After transferring agencies from JYP Entertainment to 51K, it’s expected that Taecyeon will continue to further his acting career while the other 2PM members serve in the military. 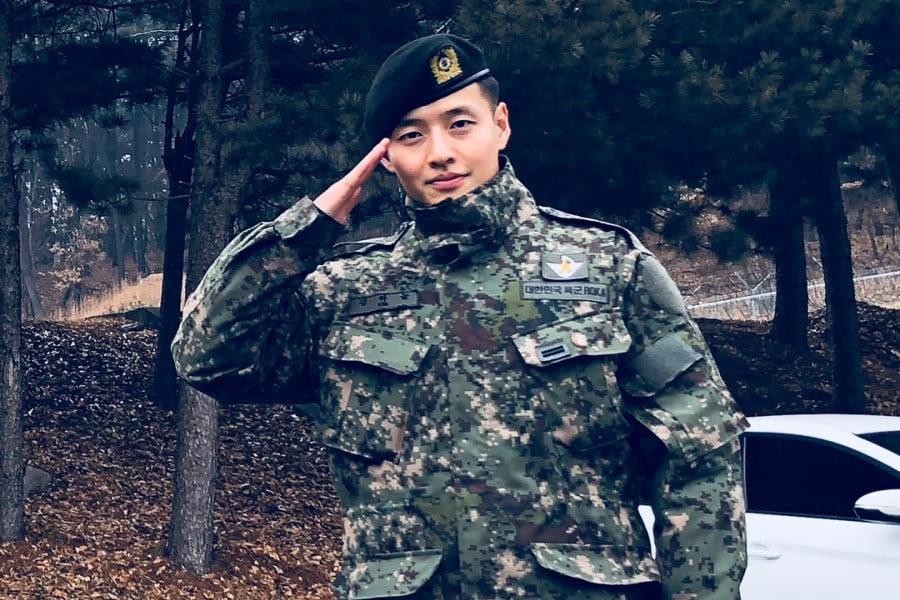 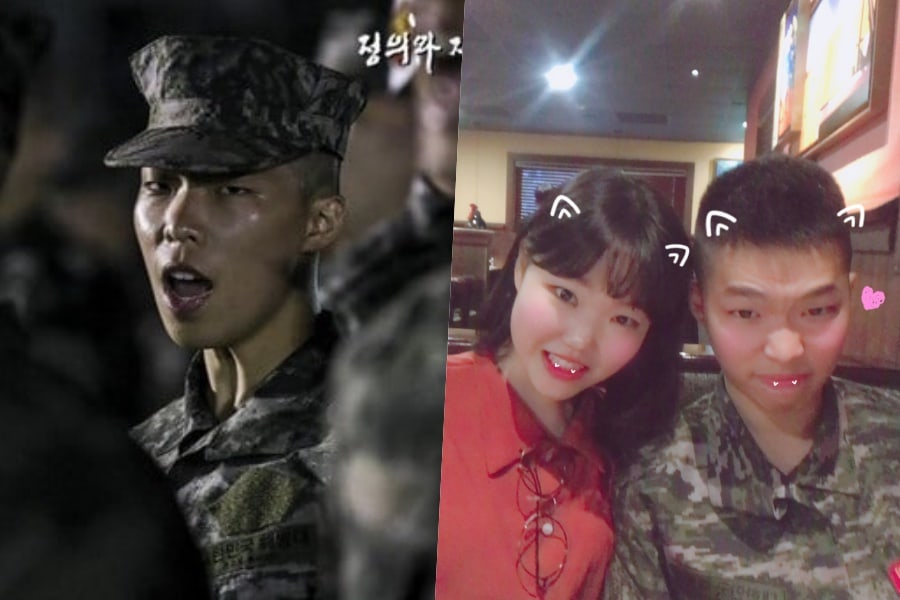 After enlisting in the Marine Corps on September 18 and receiving basic training, Lee Chan Hyuk was assigned to the 1st Marine Division. He’s kept fans updated with posts through his Instagram and adorable pictures with his sister, Akdong Musician’s Lee Soo Hyun. Fans are excited to see the siblings reunite and come back to the public with amazing new songs. Lee Chan Hyuk will be discharged on May 29. 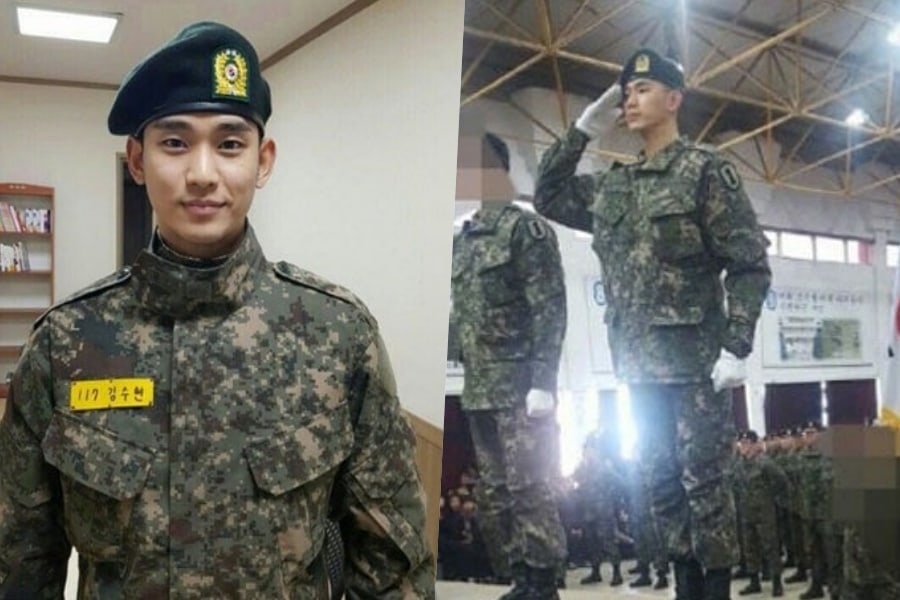 Famous Hallyu star Kim Soo Hyun is to return to fans on July 1. He enlisted in October 2017 and was assigned to the First Reconnaissance Battalion. Photos of him in the military have also been released, reassuring fans that he is doing well. Fans are excited for Kim Soo Hyun’s performance in acting as he enters his thirties. 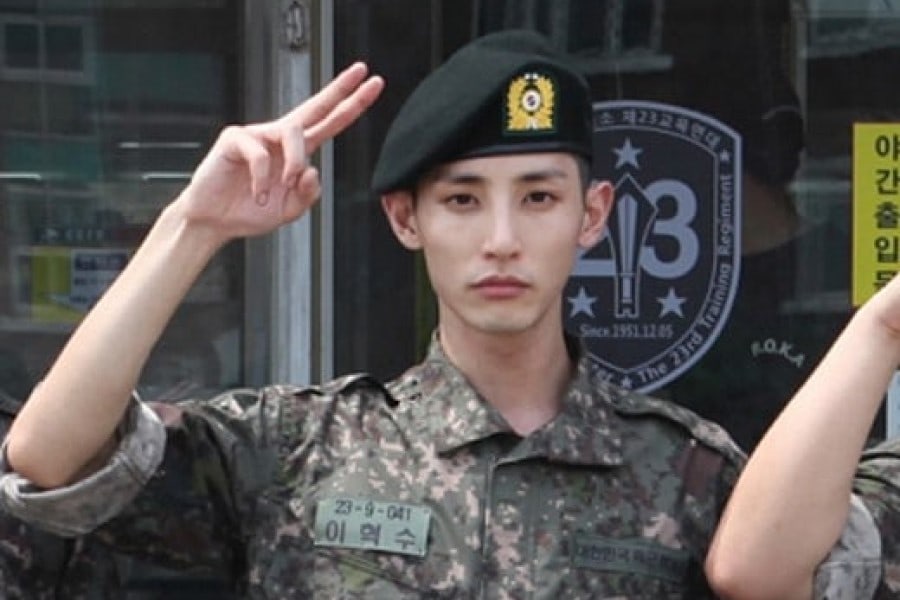 After enlisting quietly on August 10, 2017, actor Lee Soo Hyuk will be discharged from the army on August 9, 2019. He’s currently serving in the military as a public service worker. The Korean Army Training Center also released a photo of him, showing the actor in military uniform. 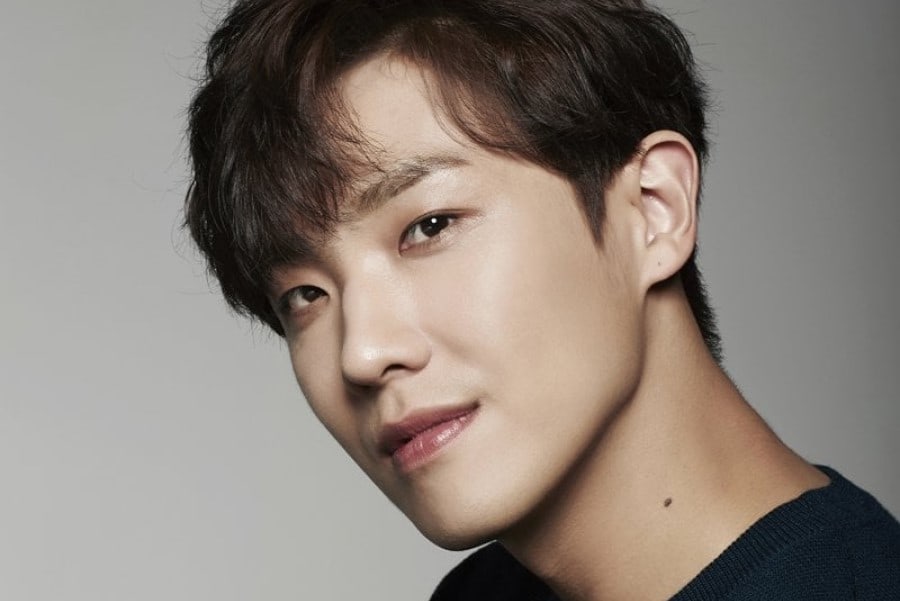 Lee Joon will return to fans on September 25. After finishing his five weeks of basic military training with high honors, he was assigned to the 8th Battalion. He received the highest result during training among 183 other recruits. However, he has been serving as a public service worker since March 2018 due to panic disorder. 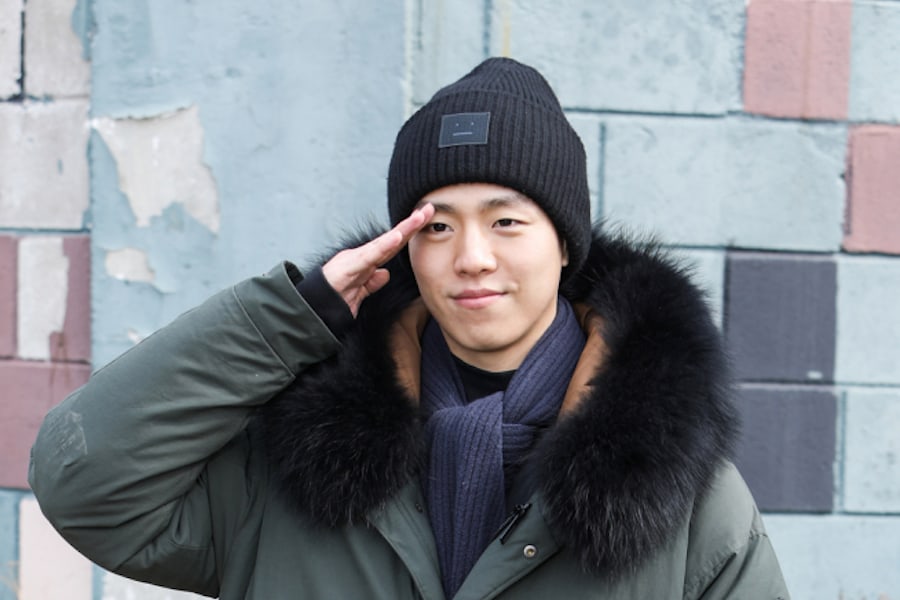 Lee Hyun Woo will complete his service on October 19. The actor enlisted on February 19, 2018 at the 1st Infantry Division. Prior to enlisting, he acted in “The Liar in His Lover.” 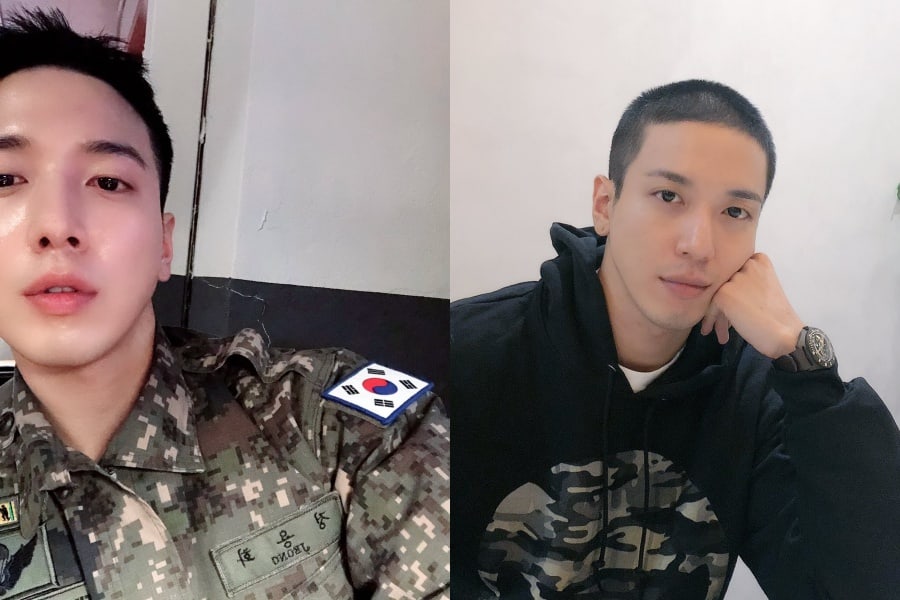 CNBLUE’s Jung Yong Hwa will be discharged on November 3. Currently, all CNBLUE members are serving in the military, with Jung Yong Hwa having enlisted first on March 5. Jung Yong Hwa, as well as the other members, have kept fans updated with their service through their social media posts. 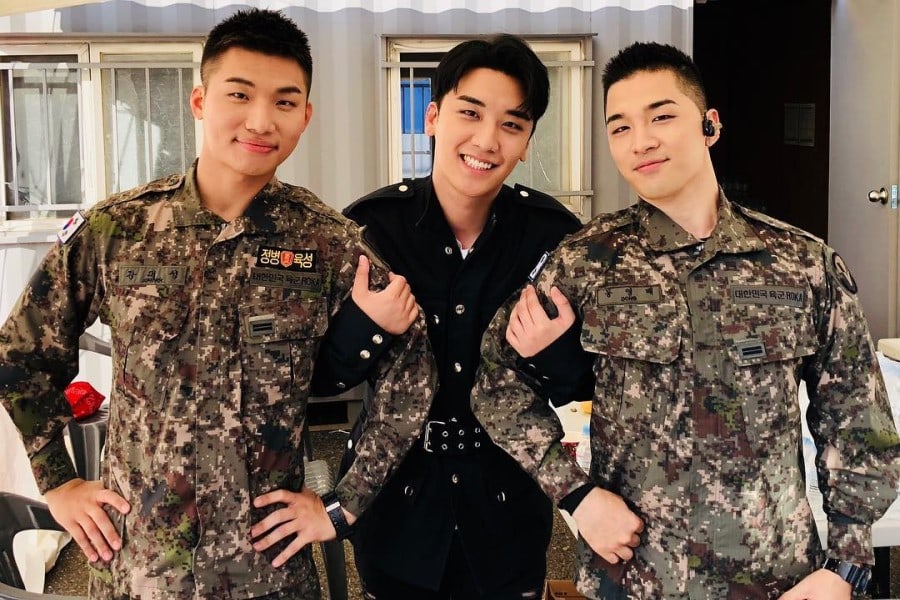 Starting with T.O.P in June, G-Dragon will be discharged on October 26, while Taeyang and Daesung will be dismissed in November. T.O.P is currently serving as a public service agent at the Yongsan District Office. G-Dragon, after receiving surgery for his ankle while in service, was moved to the Cheorwon army division. Photos of Taeyang and Daesung have surfaced as they finished their training, and they’ve also kept fans updated through social media, with Taeyang thanking his fans for their support and Daesung taking a photo with Yang Hyun Suk.

Which celebrity are you excited to see return?