Historical K-dramas aren’t everyone’s thing, and that’s ok: we understand if you prefer a modern love triangle to scheming sageuk ministers, or favor a lead with a sexy sports car over a princely throne. But even if you don’t fancy yourself a historical drama lover, there are some historical dramas that almost everyone loves. Whether they focus on an irresistible romance or bring to life an enthralling fantasy world, these sageuks captivate all kinds of viewers, no matter their K-drama preferences. Here’s our list of 15 historical dramas that even non-historical drama lovers enjoy, broken down by popular K-drama genres. Whether you’re a sageuk enthusiast or think history is a bore, we hope you’ll find something you’ll love!

For the rom-com enthusiasts

There’s something undeniably sweet about a pining romance from before the age of cell phones, and these period rom-coms are favorites among even those who don’t typically foray into the sageuk genre. From cross-dressing, silly romantic antics to moonlight kisses, these dramas captured hearts far and wide!

Its lovable cast and unique plot make “Sungkyunkwan Scandal” enjoyable for all kinds of audiences. A woman disguised as a man at the elite — and all-boys — Sungkyunkwan University, Kim Yoon Hee (Park Min Young) must learn to navigate not only the hilarious antics of her male classmates, but also her blossoming romantic feelings. 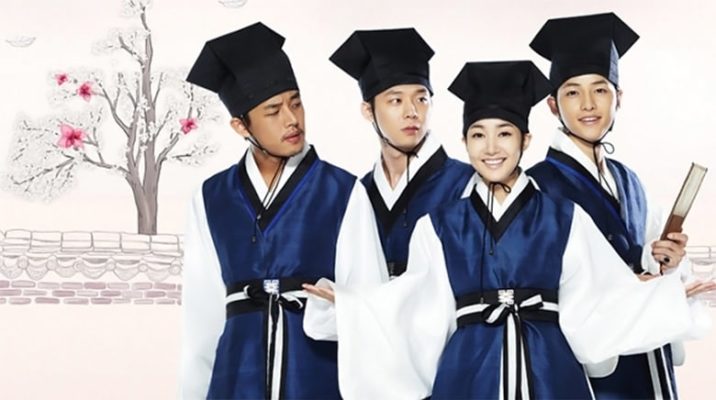 If sweet, youthful love is what you’re after, then look no further than “Moonlight Drawn by Clouds.” The drama was a sensational hit both in Korea and overseas, and its straightforward plot focuses on Park Bo Gum and Kim Yoo Jung‘s refreshingly pure romance, without getting too bogged down in the intricate politics that can make sageuks hard to follow. 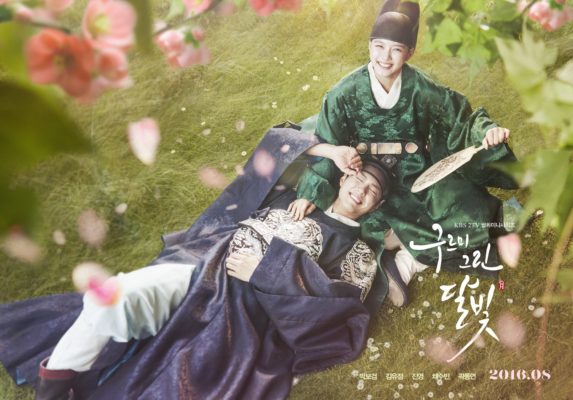 Amnesia and mistaken identities are classic tropes in the K-drama world, but “100 Days My Prince” pulls them off with a freshness that delighted audiences. From the youthful romance to the funny fish-out-of-water antics of a prince living among commoners, it’s no surprise this is one of the highest-rated K-dramas in Korean cable TV history. 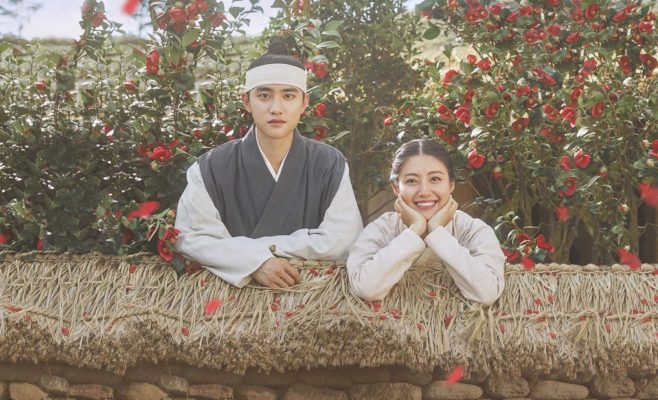 Star-crossed lovers, insurmountable hardships, and tragic fates: if you love the emotional ride of a good melodrama, these historical dramas are calling your name!

“Scarlet Heart” was controversial for both its heavily dramatic plot and its acting, but the drama has an ardent fanbase nonetheless. And it’s easy to see why: there’s no denying that the angst, gorgeous cast, and swoon-worthy love triangle (well, love pentagon, really) make this one completely addicting. 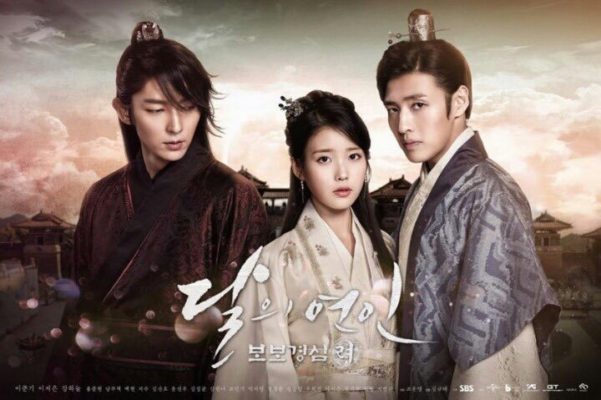 Even if you don’t generally like historical dramas, you’ll be enthralled by the incredible acting in “The Crowned Clown.” Yeo Jin Goo plays the dual role of a mad prince and the commoner doppelgänger who takes his place, milking the differences between the two characters to a captivating effect. With Lee Se Young as his queen, the cast alone makes “The Crowned Clown” easy to love. 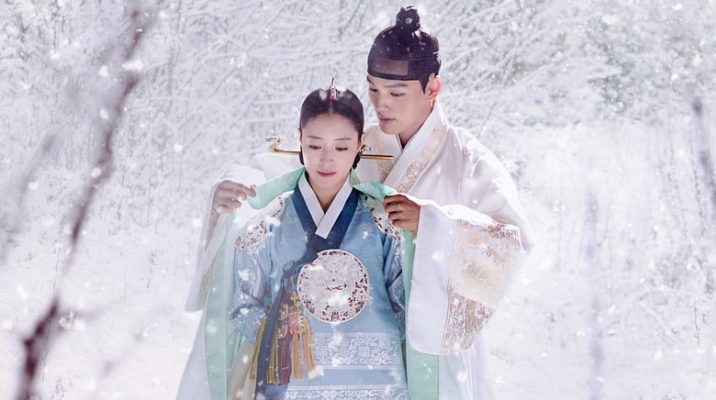 “Mr. Sunshine” received love not only from K-drama enthusiasts far and wide, but also from overseas audiences who were newcomers to Korean television. Another drama with a star-studded cast, “Mr. Sunshine” is set against the backdrop of Japan’s increasing control over Joseon, where the complex characters must grapple with fascinating questions of loyalty and identity: does the social class or country in which they were born define who they will become? 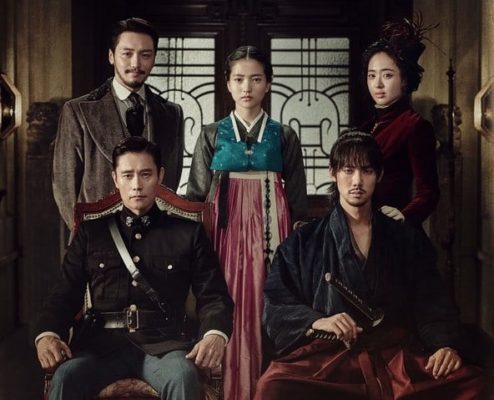 If you’re a sucker for love triangles, then “The King Loves” will tug at your heartstrings: the drama does such a good job developing not only Eun San’s (YoonA) relationship with the two male leads, but also the guys’ incredibly strong friendship with each other that you won’t know which ship you’re rooting for until the very end. Add to that Wang Won’s (Im Siwan) troubled family life and Wang Rin’s (Hong Jong Hyun) stoic selflessness, and you’re bound to fall for these characters. 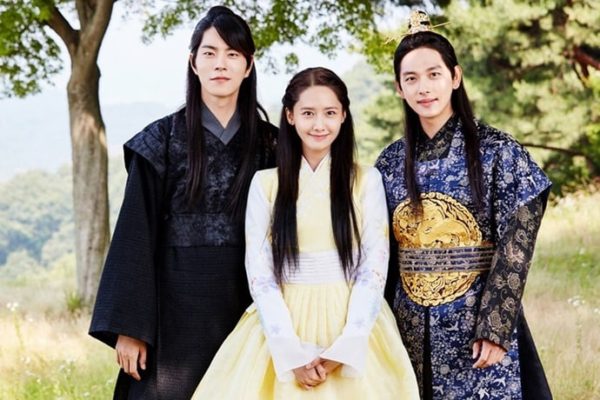 For the fantasy lovers

Mystery, ghosts, and magic are in the air in these supernatural sageuks. A historical setting gives any fantasy drama an old-fashioned charm, and these period K-dramas are no exception!

“The Moon Embracing the Sun”

This fantasy romance drama is rampant with shamans, prophecies, and magic, making it a compelling watch. With more political intrigue than some other dramas on this list, “The Moon Embracing the Sun” may feel more like a sageuk, but its fantastical aspects shroud it in an irresistibly mystical feel — it’s no wonder the drama achieved incredible ratings and won numerous awards. 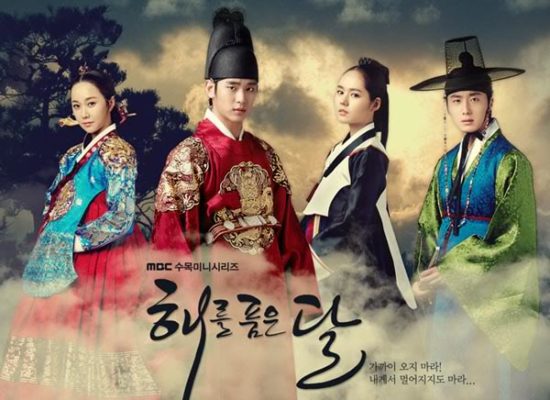 When a ghost who must find out the secret behind her death meets the one man who can help her, the two begin an adventure of revenge and romance as they unravel the mystery that envelops Arang’s past. “Arang and the Magistrate” is a supernatural ride that is sure to please fantasy-lovers across the board, even those that do not typically go for period dramas. 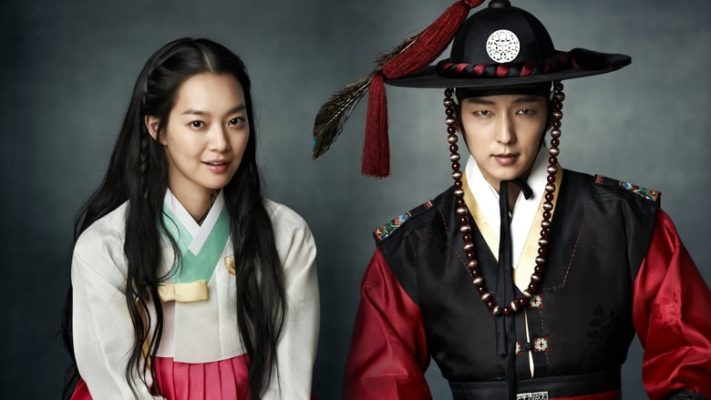 Watch “Arang and the Magistrate” below:

For those who prefer the present

Speaking of fantasy, there’s plenty of magic in these time-warp dramas, which encompass both historical periods and the present. Sure, it’s a bit of a cop-out if half the drama isn’t even historical, but if period dramas really aren’t your thing, these fusion dramas will be safe enough!

“My Love From the Star”

Supernatural meets time-warp in “My Love From the Star,” when alien Do Min Joon (Kim Soo Hyun) becomes stranded on Earth during the Joseon Dynasty, where he remains until the present. Romance begins to unfold as he recognizes popular actress Song Yi (Jun Ji Hyun) as a look-alike of the Joseon girl he was in love with in the past. Scenes from the pair’s lives in Joseon times enrich their relationship in the present, and even if you don’t love historical dramas, you’ll enjoy what the period aspect of “My Love From the Star” adds. 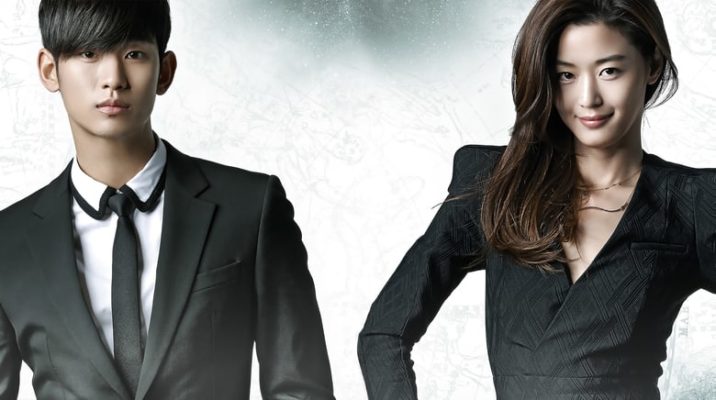 Start watching “My Love From the Star” below:

Jun Ji Hyun transforms into a mermaid for “The Legend of the Blue Sea,” and when this reincarnated sea creature meets the latest incarnation of her lover from Joseon times (Lee Min Ho), she’s starry-eyed. The only problem is, he’s now a conman with a heart of less-than-gold. This drama takes place mostly in modern times, but does a beautiful job of unravelling the characters’ past relationships to add to the suspense of the present, offering the allure of a modern bad-boy chaebol drama grounded in a fairytale sageuk past. Plus, Jun Ji Hyun is hilarious as she explores the human world for the first time, and Lee Min Ho’s exasperation with her is unceasingly adorable. 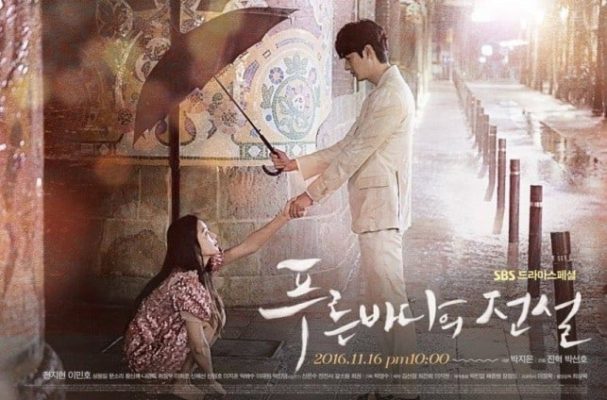 Dive into “The Legend of the Blue Sea” here:

Hard as he tries, celebrity writer Han Se Joo (Yoo Ah In) can’t seem to shake his plucky fan-turned-anti-fan and his unwelcome ghost-writer. But he soon learns that their lives are intertwined because of the friendship they shared in their past incarnation as freedom fighters in Japanese-occupied Korea. To set things right in the present, the three must work together to uncover the dark truth behind their hidden past. “Chicago Typewriter” is enthrallingly written, unfolding the mystery little by little so that you can’t help but be glued to your screen. Even if you’re not wild about history, you’ll find it hard not to binge this one! 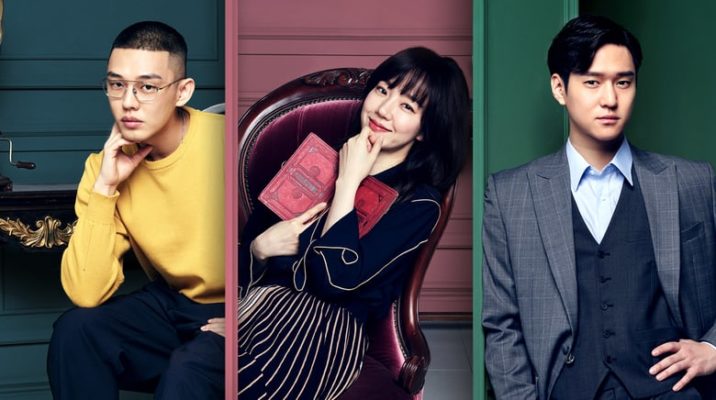 Of course, this list wouldn’t be complete without “Goblin,” which is an all-time favorite of many a K-drama viewer. A centuries-old Goryeo general living in modern-day Seoul, Kim Shin (Gong Yoo) seeks the one person who can bring an end to his long-suffering life, but unintentionally finds love and friendship along the way. The story gains new aspects of emotion as the truth of the characters’ Goryeo lives is unveiled. Equal parts lighthearted fun and tragically sad, “Goblin” will have you laughing out loud one moment and ugly-crying the next. 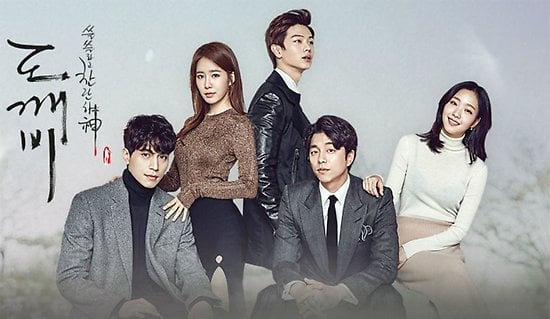 For those who like a little bit of everything

Don’t have a favorite genre? Have too many favorite genres? These historical dramas pull from genres across the board: with a healthy mix of fantasy, action, romance, and melodrama, all wrapped up in a historical setting, these dramas impress viewers with all sorts of tastes.

“Gu Family Book” is truly genre-defying: part martial arts action, part romance, part fantasy, and part sageuk, there’s a little something for everyone. Plus, the drama feels less like a typical sageuk because it is not confined to a palace: these characters are out and about, breathing life into both the magical world in which they live and the compelling love story between Lee Seung Gi and Suzy. 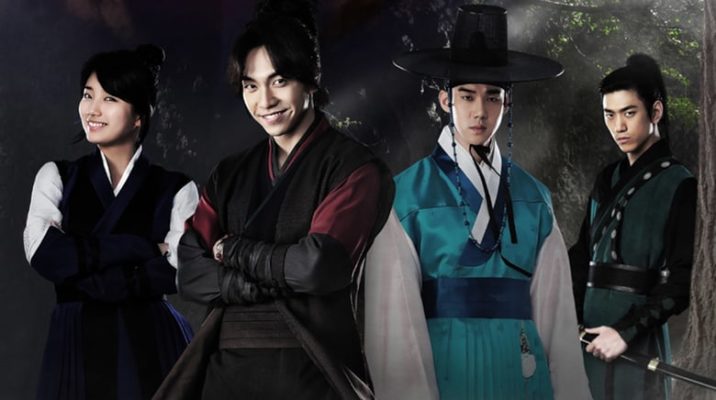 When you take the classic palace strife of a sageuk and set it in a modern-day constitutional monarchy, it raises the stakes — and the drama — to a whole new level. High-speed car chases and secret cameras meet the manipulative queens and dark secrets of palace life in “The Last Empress,” which somehow also makes time to include comedy as well as a variety of romances, from the steamy to the sweet. You won’t be able to look away from your screen! 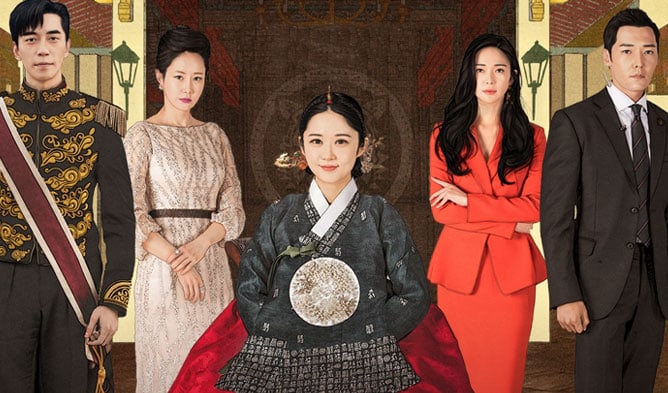 Hey Soompiers, which of these dramas have you seen? Which do you think are perfect for people who aren’t crazy about historical dramas? Let us know in the comments!

Soompi Spotlight
My Love From the Star
Scarlet Heart: Goryeo
Love in the Moonlight
Sungkyunkwan Scandal
Arang and the Magistrate
The Moon Embracing the Sun
Gu Family Book
Goblin
The Legend of the Blue Sea
The King Loves
Chicago Typewriter
Mr. Sunshine
100 Days My Prince
The Last Empress
The Crowned Clown
How does this article make you feel?