f(x)’s Luna appeared on the January 30 broadcast of MBC’s “Radio Star” and talked about the difficulties she’s faced trying to succeed as a solo artist.

Luna mentioned in her interview with the writers of the show that she would approach filming with the mindset of a rookie artist, and when asked about it, she said with conviction, “Yes, I’m a rookie!”

The hosts mentioned it’s been 10 years since she debuted, and she said, “No, no, this is my third year. The reason why I say that is because with f(x), I’ve won No. 1 and have been on the top of search rankings, but as a solo artist, even something that might easily be a success [with f(x)] doesn’t work out. On my own, things don’t go the way that I imagine.”

She added, “And it also seems that [SM] won’t spend as much for my solo promotions compared to the group.”

Cha Tae Hyun joked, “So that’s why you must be having thoughts about leaving.” Luna, alarmed, said, “No, that’s not it, that’s not it. I will work hard, with the mindset of a rookie artist, from the bottom up.” When Kim Gu Ra asked how her new solo album is doing, Luna immediately responded, “It’s not good. Not good.” 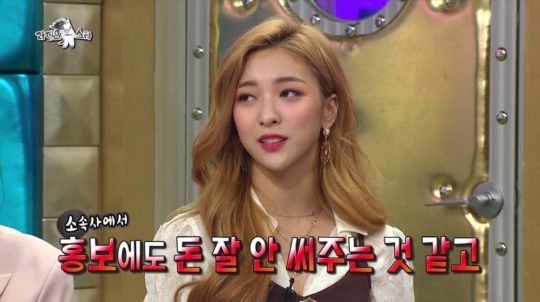 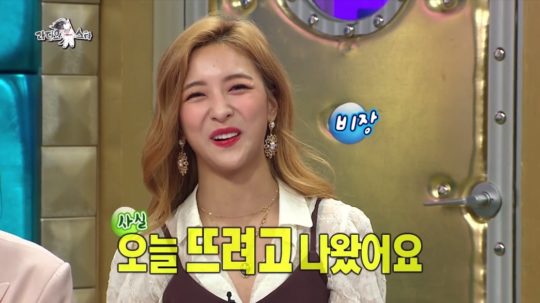 Luna also talked about her beauty YouTube channel. She said, “It’s so fun, and it feels like I’m finding myself through it. Having just a camera there — it’s not like there’s anyone around — and talking and replying to myself is so fun.”

She said it’s her own account, and that though SM is known to be pretty strict, they aren’t that way with her channel. “They’ll encourage me to show my real self.” When the topic of profits came up, Luna said, “Legally, profits are split with SM. They take a lot. SM takes too much!”

Luna revealed the account fully becomes her own starting in August and asked fans to start watching more starting then. 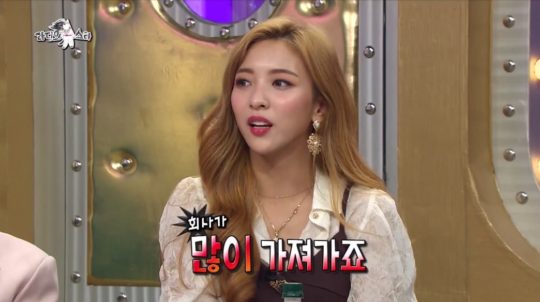 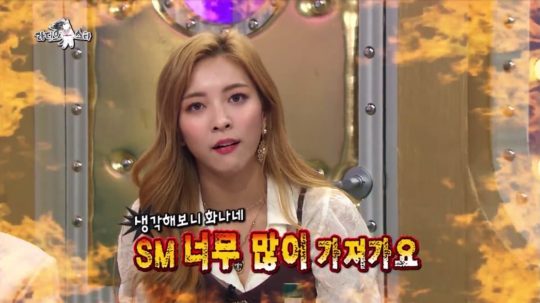 f(x)
Luna
Radio Star
How does this article make you feel?