Gaon Chart has revealed its chart rankings for the week of January 20 to January 26!

SEVENTEEN topped two separate charts this week, debuting at No. 1 on both the physical album chart and the social chart with their sixth mini album “You Made My Dawn” and its accompanying title track “Home.”

Meanwhile, Lee Sora‘s new collaboration with BTS’ Suga, “Song Request,” also topped two of Gaon’s weekly charts. “Song Request” debuted at No. 1 on both the digital download chart and the BGM chart, which tracks the songs that people purchase to use as background music for their blogs and KakaoTalk profiles.

Check out the top five of each of Gaon’s weekly charts below!

Not only did SEVENTEEN’s new mini album “You Made My Dawn” take No. 1 on the physical album chart this week, but the Kihno version of the mini album also charted separately at No. 4. Hwang Chi Yeol‘s “The Four Seasons” came in at No. 2 for the week, followed by GFRIEND’s “Time for Us” at No. 3 and ASTRO’s “All Light” at No. 5. 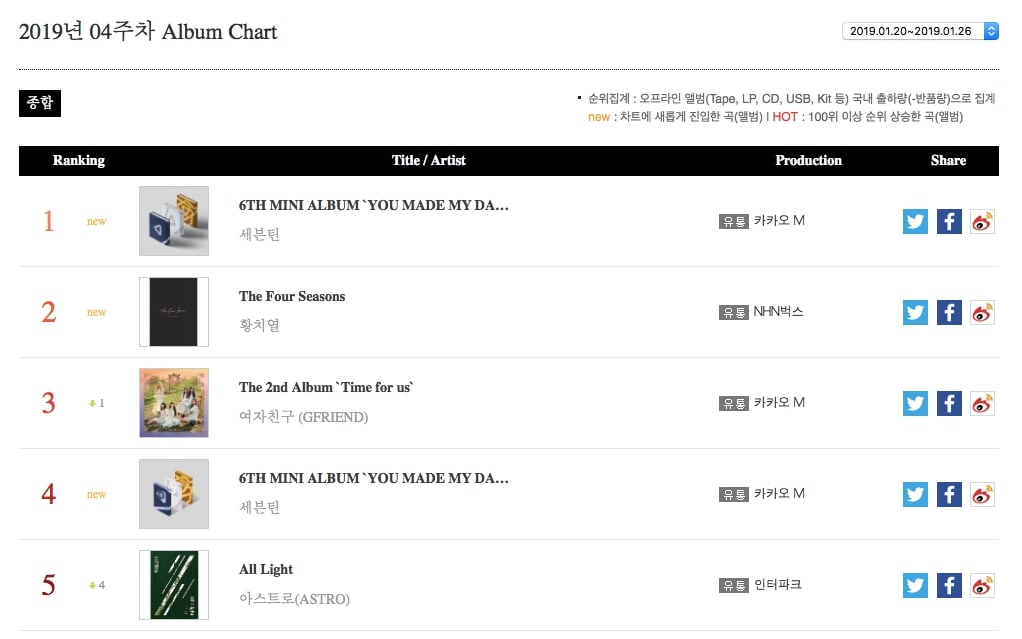 MC the Max’s “After You’ve Gone” spent another week at the top of the overall digital chart, with Chungha’s “Gotta Go” staying strong at No. 2. Lee Sora’s collaboration with Suga, “Song Request,” debuted at No. 3, followed by Paul Kim’s “Green Light” at No. 4 and Ben’s “180 Degrees” at No. 5. 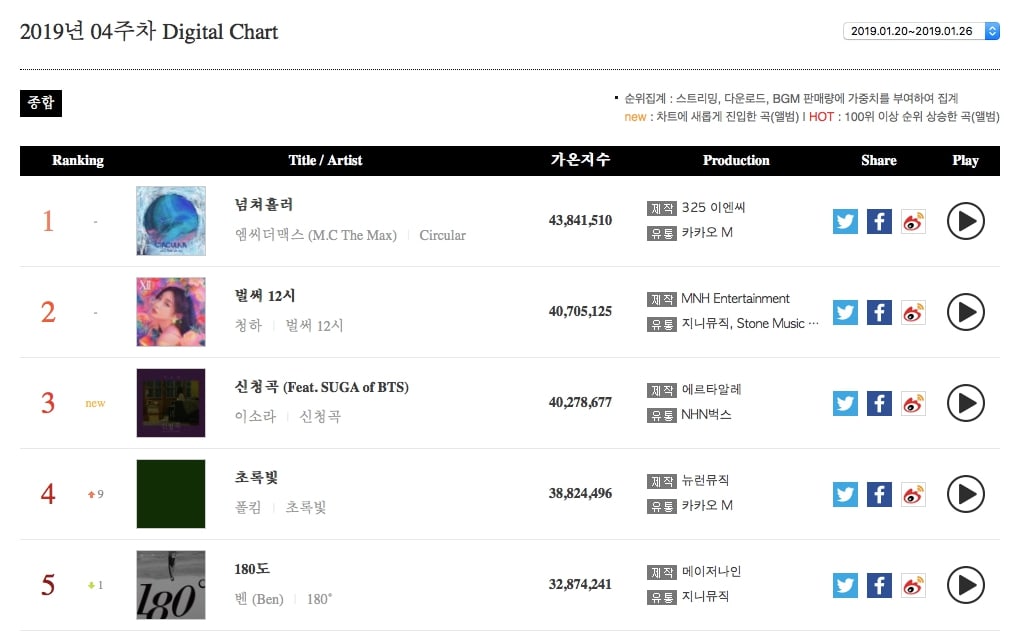 Lee Sora and Suga’s collaboration “Song Request” topped the digital download chart this week, followed by SEVENTEEN’s “Home” at No. 2, Paul Kim’s “Green Light” at No. 3, Hwang Chi Yeol’s “A Walk to Goodbye” at No. 4, and Chungha’s “Gotta Go” at No. 5. 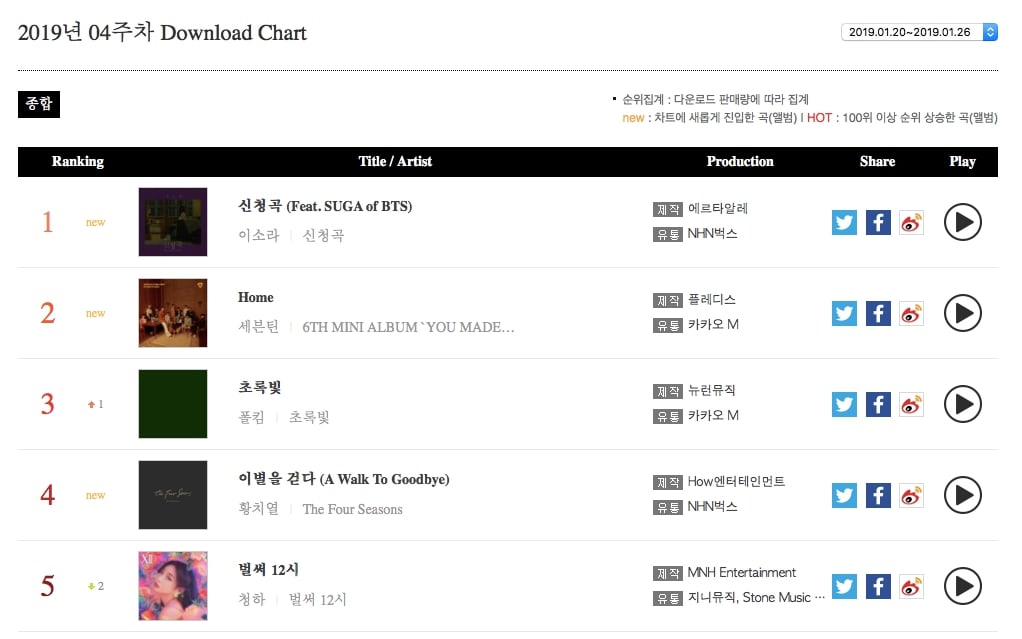 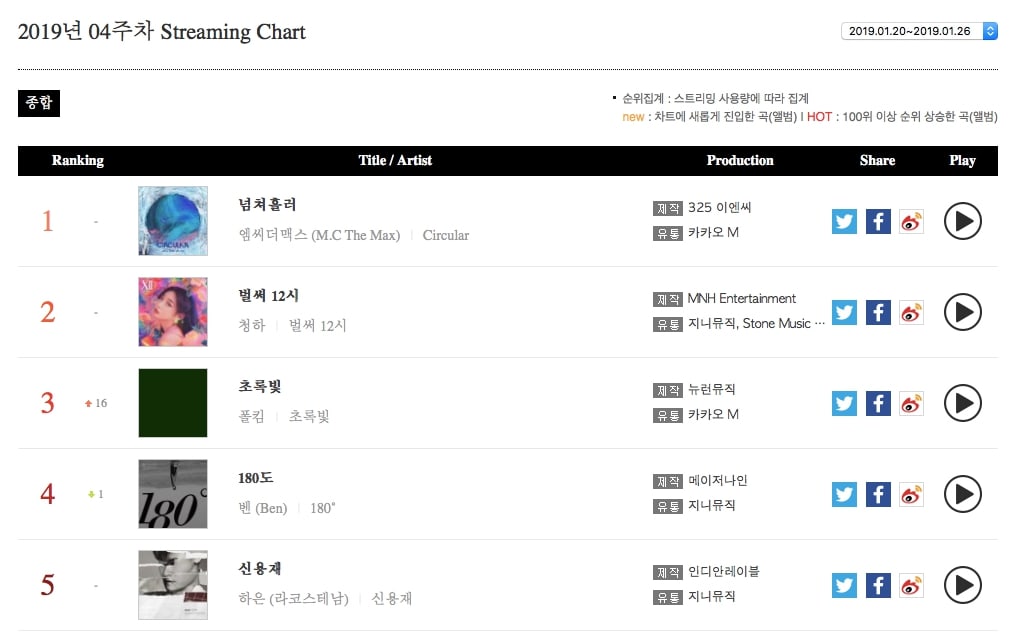 Finally, SEVENTEEN’s “Home” debuted at No. 1 on this week’s social chart. BTS swept the next three spots on the chart with “DNA,” “IDOL,” and “Fake Love,” while GFRIEND’s “Sunrise” rounded out the top five for the week. 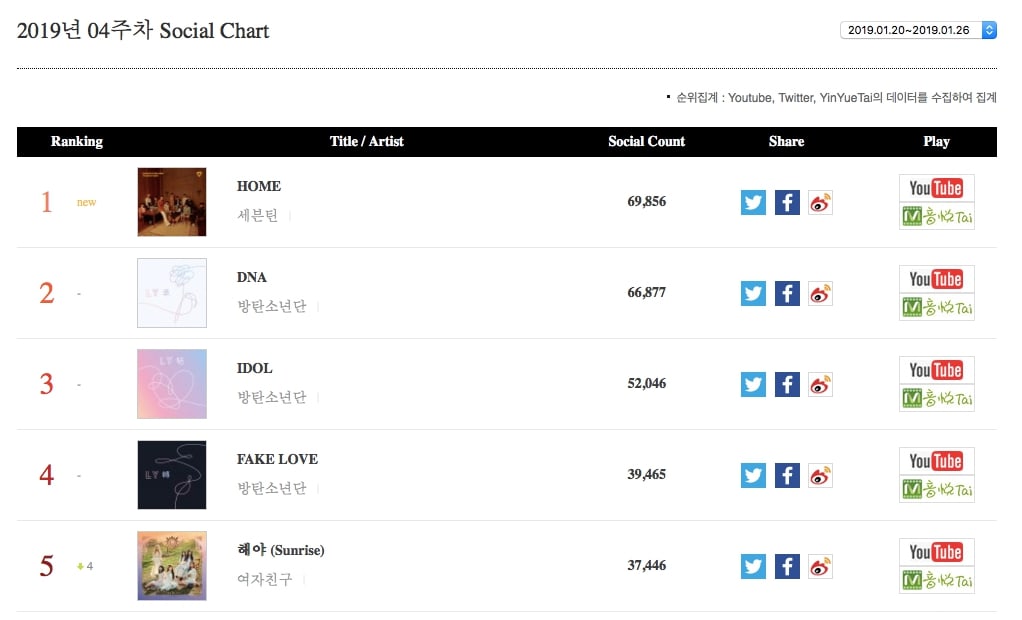