Bae Doona Humbly Responds To Criticism For Her Acting In “Kingdom”

Bae Doona talked about the criticism she received for her acting in “Kingdom.”

In an interview on January 31, the actress talked about the Netflix original series. Korea’s first zombie sageuk (historical) drama “Kingdom” is a six-part series with the first season having premiered on January 25.

Actress Bae Doona attempted a sageuk drama for the first time with “Kingdom.” She has taken on the role of a nurse who is looking for the source of the plague. Her character Seo Bi is the disciple of physician Lee Seung Hee, who was in charge of curing the king’s disease. She is also one of the only survivors and one of the first to witness the situation in which the starving people transform into monsters due to the plague.

When asked about how she felt about seeing herself in a sageuk for the first time in 20 years, Bae Doona said, “Even when I saw myself [acting], it was funny and embarrassing. I didn’t feel anything while filming, but it was funny when I saw it. From the beginning, I thought, ‘How strange will it feel for viewers when they see me [like this]?’ Even before I signed the contract to star in the drama, I felt that they will undeniably feel, if not shocked, awkward and unfamiliar with the situation. I was at a crossroads of whether I will take on this burden and not play it safe. I thought though that I should become stronger if I wanted to act for even longer and decided ‘I should just go for it.'” 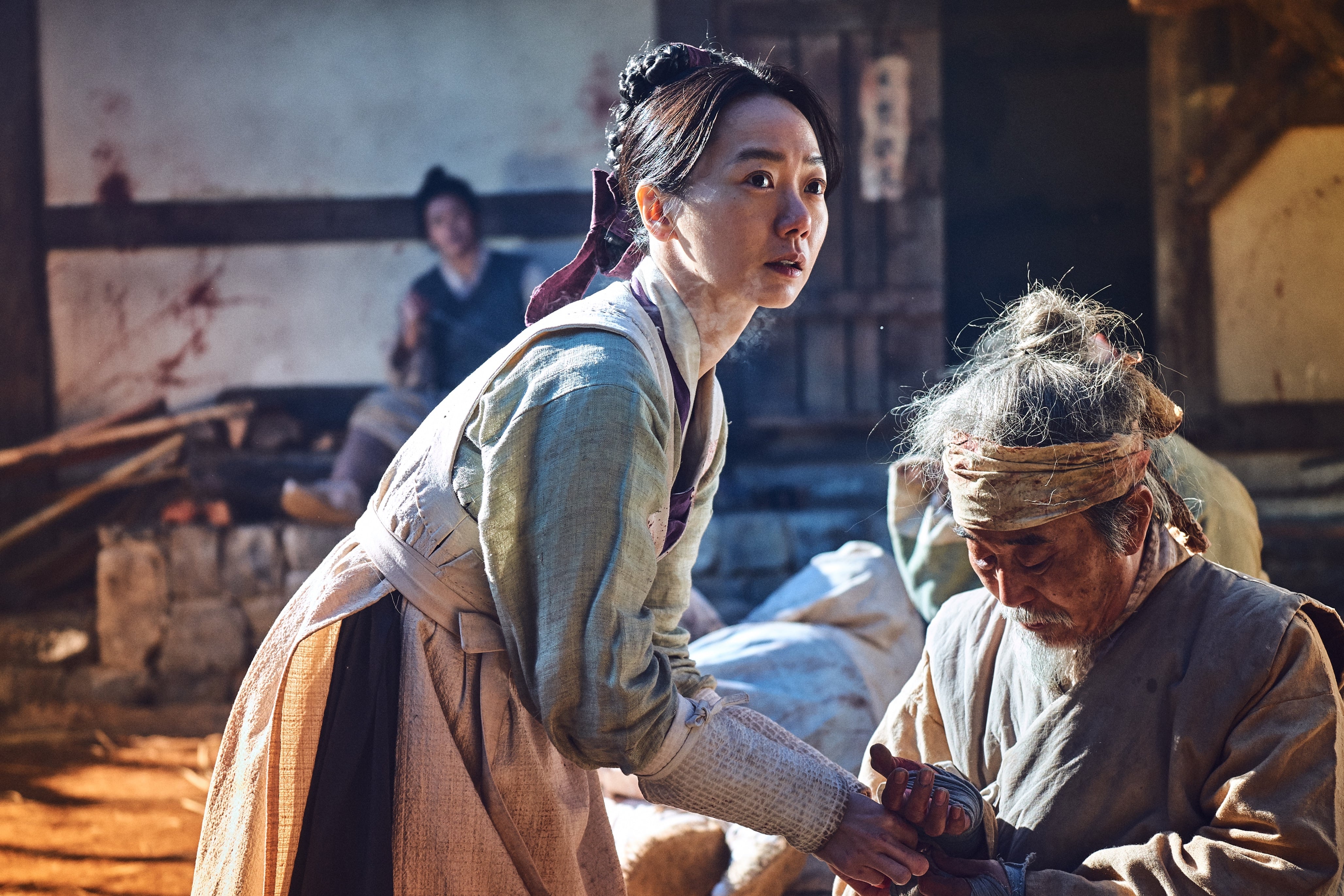 Bae Doona also talked about how she focused on making and developing her character for the drama, saying she practiced the sageuk tone that has been receiving criticism. She even mentioned how she asked her mother who is a theater actress to help her with her acting. When she thought about her character who was an orphan that the physician raised as a nurse, she had to add in some distinguishing character features, which made her decide to give up the usual sageuk tone, replacing it with the tone of how the gentry spoke. She added that the director liked the idea although she expected criticism from the public.

When asked whether she is upset about receiving criticism for her acting for the first time since debut, she replied, “I’m not upset in the slightest.” She added honestly, “My acting has always been either loved or hated. Directors who like me like [my acting] a lot, and directors who don’t like me hate my acting. I think that it’s personal preference whether a person likes someone’s acting.”

The actress also explained, “Even when I received good reviews, I never thought that I did that well. Having experienced an acting controversy for the first time, I tried to balance out my feelings by thinking, ‘It wasn’t [bad] to that extent.'” She added, “On one hand, I thought, ‘You should experience [criticism] too.’ On the other hand, I’m proud that I tried this even though I knew there would be criticism. I thought that it’s cool to boldly try something I’m bad at. Actually, these days, I feel uncomfortable when I receive praise.”

On the second season, Bae Doona said that she will take into consideration the feedback she has received from the audience. While she believes she shouldn’t waiver based on feedback, she thinks that she still needs to fix the parts that made the audience uncomfortable, and the final confirmation will still be up to the director.

The second season for “Kingdom” is scheduled to start filming on February 11.

Bae Doona
Kingdom
How does this article make you feel?