“Romance is a Bonus Book” has released new behind-the-scene photos!

Viewers have high expectations for the “romantic comedy dream team,” which is comprised of director Lee Jung Hyo and scriptwriter Jung Hyun Jung, and they’re excited to see the perfect chemistry between Kang Dan Yi and Cha Eun Ho who have known each other for a long time. The drama has received positive reviews for making the audience laugh and for the actors not missing a single detail while expressing their characters’ emotions. 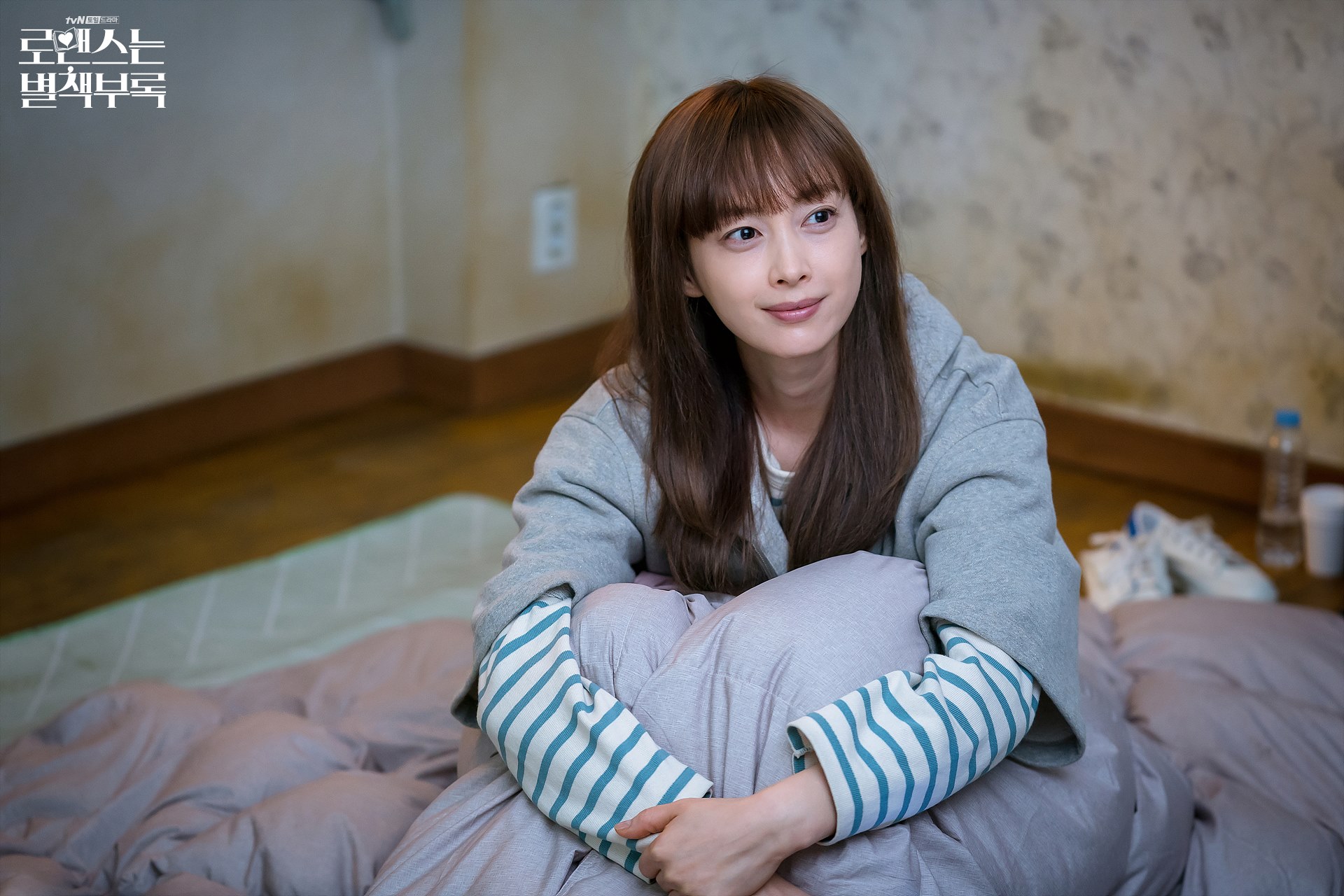 At the center of the positive reviews lie Lee Na Young and Lee Jong Suk. Lee Na Young, who’s returned with her first drama in nine years, has taken on a relatable character who’s trying to find new employment. Meanwhile, Lee Jong Suk has made hearts flutter with his charms by showing a new side of himself in his first romantic comedy drama. Viewers are excited to watch the romance between Kang Dan Yi and Cha Eun Ho unfold, especially after the last episode in which Kang Dan Yi decided to join Cha Eun Ho’s publishing company. 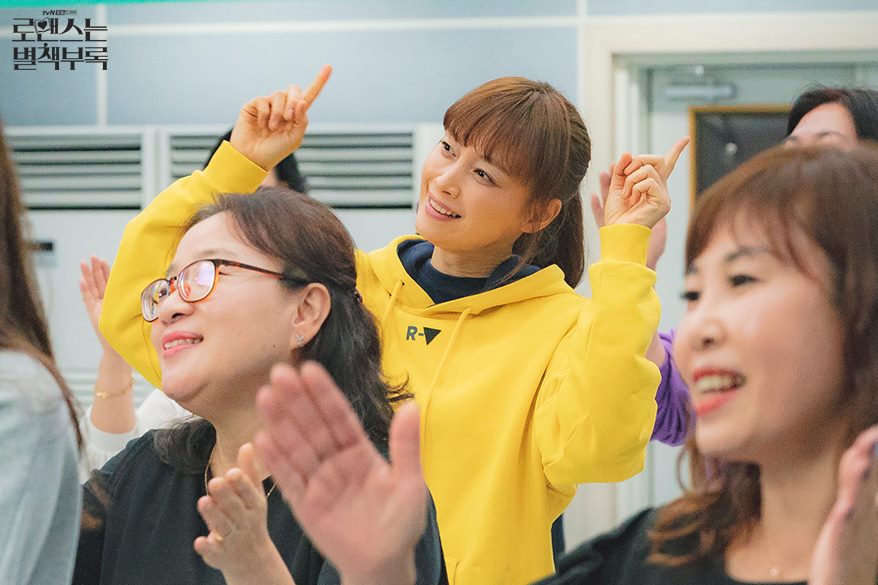 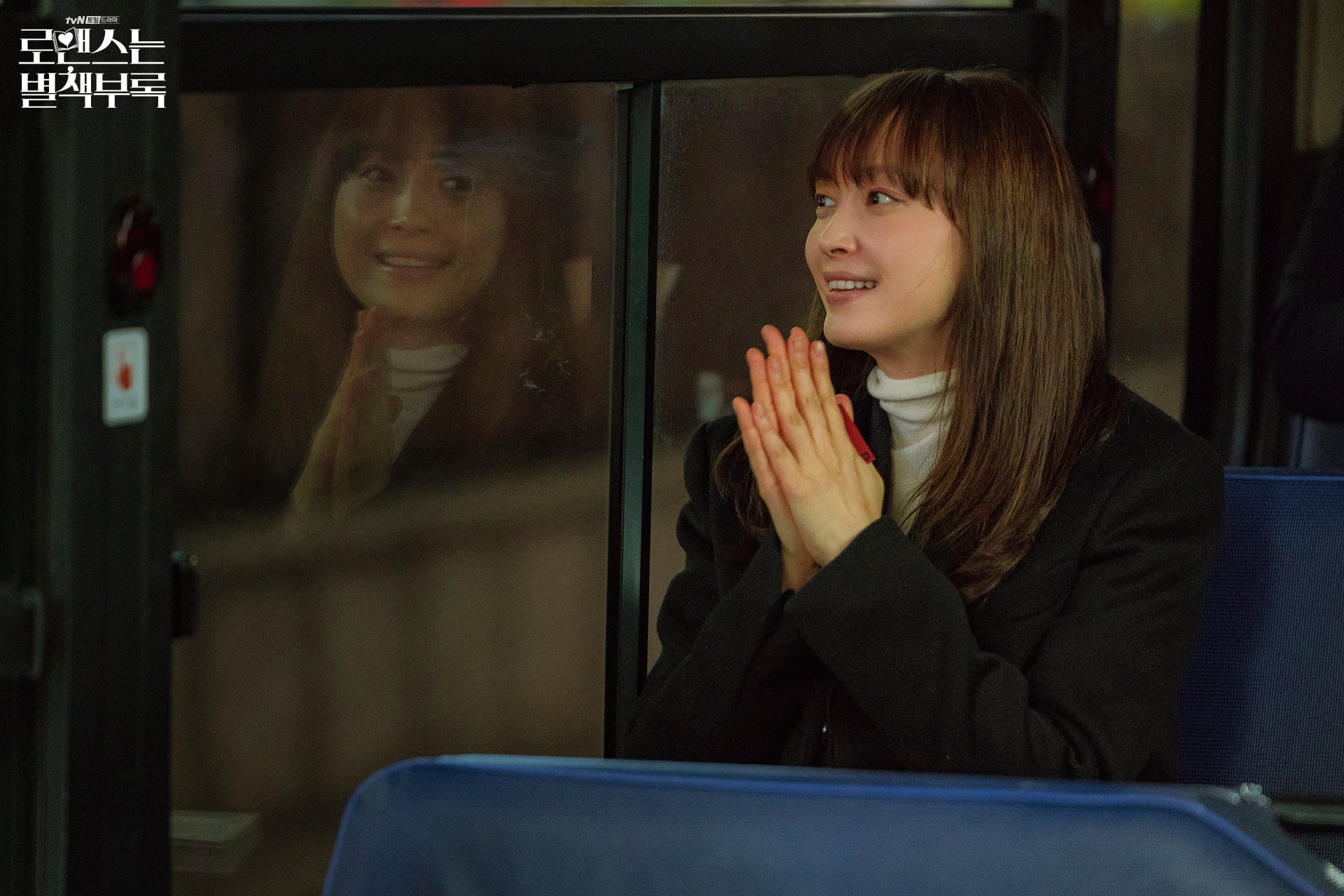 In the behind-the-scenes photos, Lee Na Young and Lee Jong Suk brighten the film set with their good looks and positive energy. Lee Na Young showed off her trademark loveliness while expressing her character’s positive attitude. Viewers couldn’t help but feel warm while looking at the photo in which Kang Dan Yi smiles brightly as she holds onto the business card with her name on it. Lee Na Young perfectly pulls off the role of Kang Dan Yi who’s taking on the world with her bright attitude, making viewers cheer for her character. 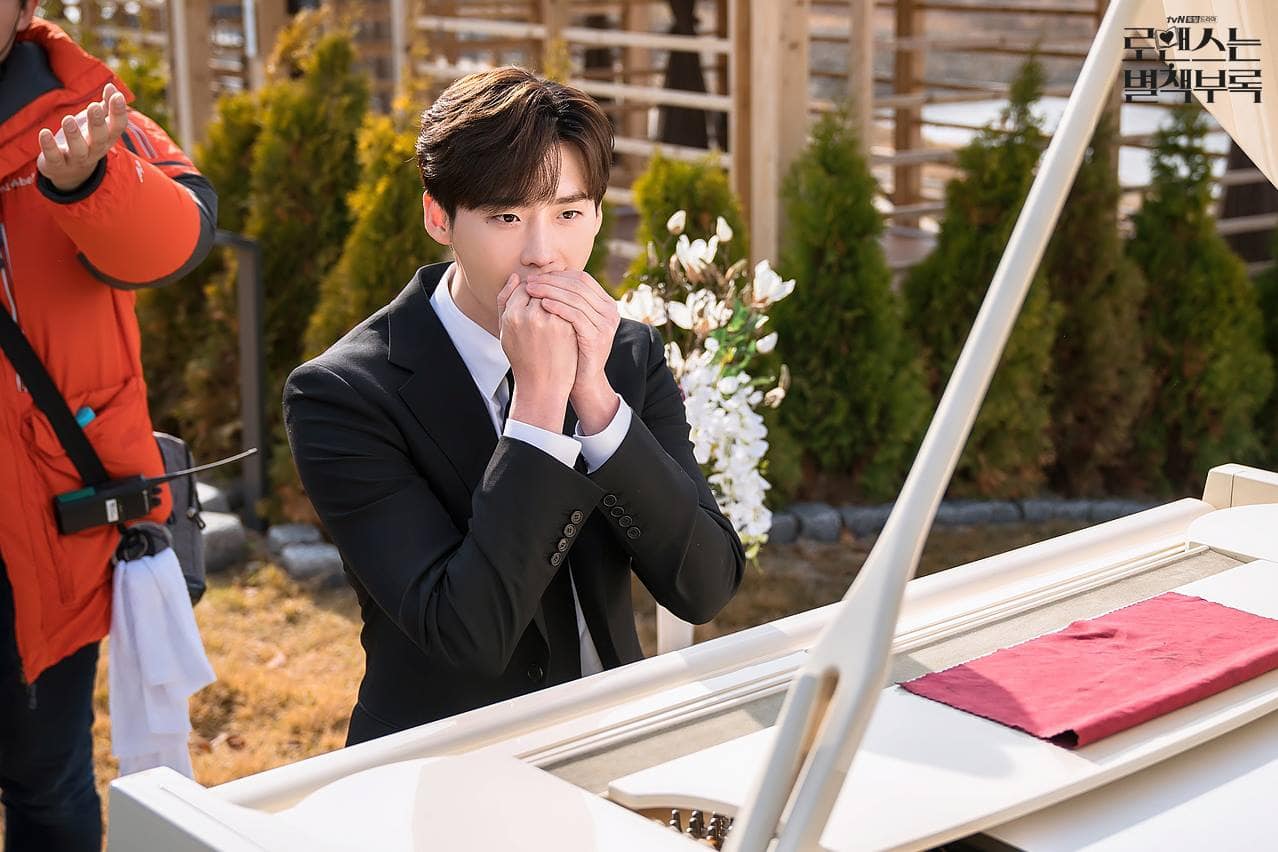 On the other hand, Lee Jong Suk is shown playing the piano as his character Cha Eun Ho prepares to congratulate Kang Dan Yi on her wedding. In the photo, Lee Jong Suk smiles brightly as he warms up his fingers which have frozen up from the cold weather. The actor portrayed his character’s charms perfectly as someone who seems cool to others but acts fondly only to Kang Dan Yi.

Director Lee Jung Hyo, who has referred to Lee Jong Suk as a perfectionist, also revealed that he practiced the piano for a month for this scene. Viewers are excited to see how he will portray the change in his relationship with Kang Dan Yi with his detailed acting. 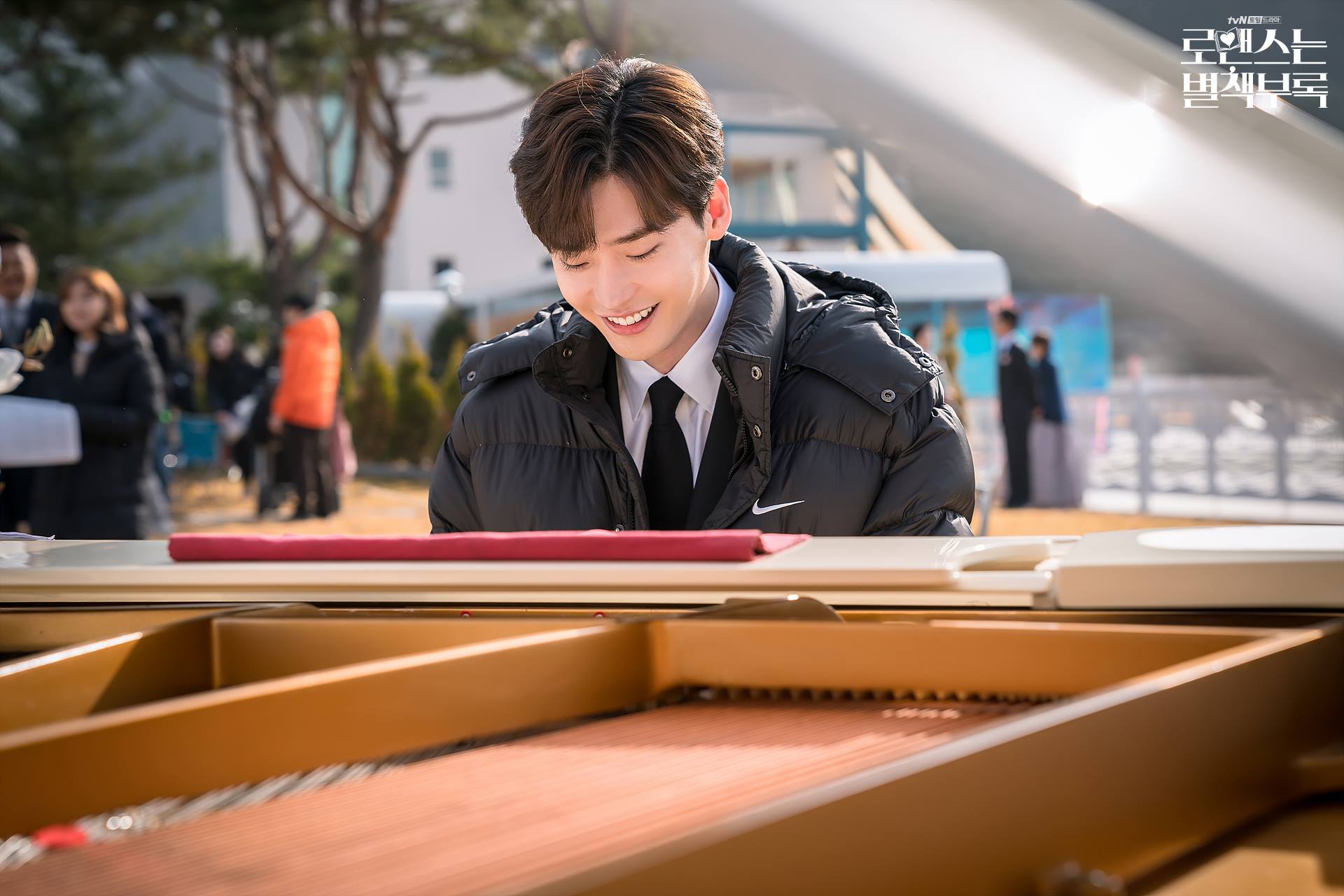 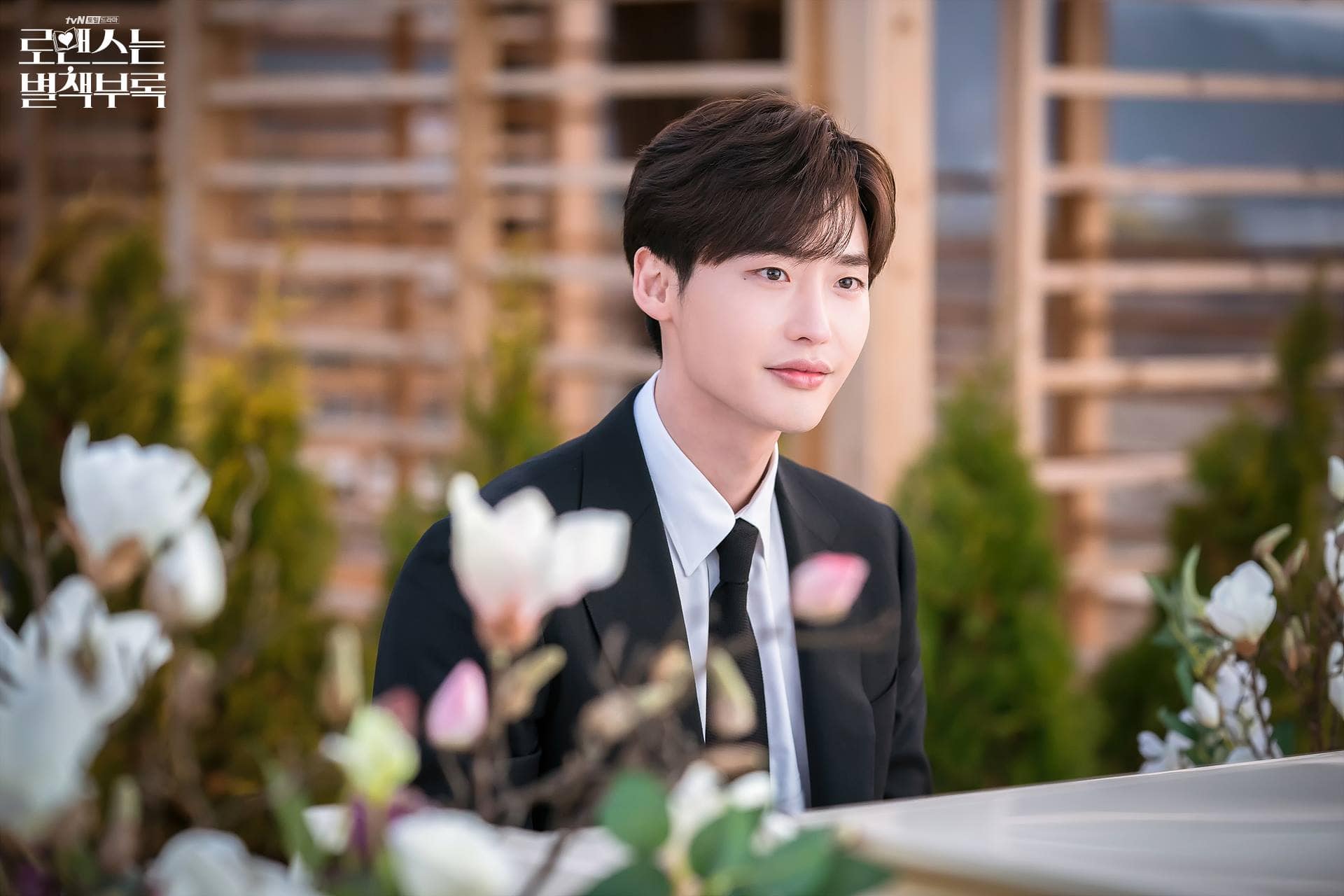 The production team of “Romance is a Bonus Book” said, “The process of the two actors completing Kang Dan Yi and Cha Eun Ho is detailed and sincere. We’re surprised all the time by Lee Na Young and Lee Jong Suk’s acting synergy as they don’t miss a single detail.” They added, “Kang Dan Yi and Cha Eun Ho’s relationship has slowly started to change. Please look forward to the new romantic chapter that will develop between the two people.”

“Romance is a Bonus Book” airs every Saturday and Sunday at 9 p.m. KST.