New group ONEUS recently participated in an interview with Seoul Economic Daily where they discussed their debut and goals.

ONEUS is a six-membered boy group from RBW that debuted on January 9. Jellyfish Entertainment’s new boy group VERIVERY also debuted on the same date, and ONEUS had previously expressed their hope that the two groups would become good colleagues. ONEUS’s Ravn and VERIVERY’s Dongheon were also once trainees together.

About running into them at broadcasting studios, ONEUS’s Ravn said, “I say hi when I see Dongheon at the dressing room or on stage. It’s nice to see him after we became singers, yet it also feels strange. The VERIVERY members also greet us well, so I think we have gotten closer. It feels like we’re going to become good colleagues who debuted at the same time.”

Hwanwong added with a laugh, “There are many times when the order in which we go on stage is similar. When we’re nervous right before going on stage, we exchange supportive words such as, ‘You did a good job’ and ‘Good luck.’ We haven’t spoken a lot, but I feel an innate closeness.”

Many new groups are expected to debut in 2019. When asked about their confidence amidst the fierce competition, Keonhee stated, “Right before our debut, our CEO told us that having a goal is helpful to growing, but that we shouldn’t set a goal only to grow. He said if we only set goals like getting the Rookie of the Year award or winning first place, then we may lose sight of our true dreams. He said if we’re happy now, then that’s enough. It’d be really nice if we got first place or an award, but I think we’d also be happy if more people knew about us and if we can make a good impact.”

Ravn said, “He told us that we shouldn’t focus too much on rankings and that we’ll someday reach our goals if we pursue happiness. The CEO said that he reached his current position because he did what made him happy. It helped me a lot.” 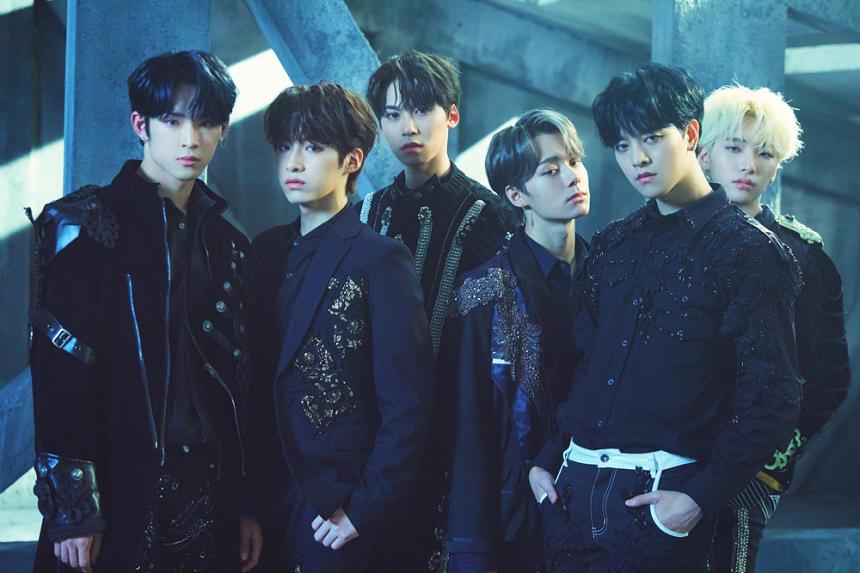 Speaking about ONEUS’s dream stage, Hwanwoong said with a laugh, “The director says, ‘You guys have to perform at Gocheok Dome at least once.’ MAMAMOO was amazing at MAMA. Watching their performance, I thought about wanting to put on an awesome performance at a big award show like MAMA in a couple years.”

ONEUS also shared some of the most memorable words from their fans. “There was a time when Keonhee participated in a concert after the end of ‘Produce 101,'” began Hwanwoong. “Seoho and I went to cheer him on. I was very proud of Keonhee, but also had many complicated thoughts. At the time, a fan in the audience said, ‘It’s okay guys. Don’t feel down. You’ll stand on this stage soon.’ That’s something I remember the most and it helped me a lot while I practiced.”

Keonhee said, “During our first music show performance, I could hear the fan chants loudly as soon as the music came on. I had heard that about 20 of our fans came, and the sound came through both of my in-ear monitors. I was really grateful for those voices and they helped me a lot.” Ravn added, “At our fan sign, many fans had lost their voices. That’s how loudly they cheered us on, and I was moved and grateful. A staff member also said our fans didn’t seem like fans of a newly debuted group, so I gained a lot of energy thanks to them. Thank you.”

Leaving a message for those who may not yet know about ONEUS, Keonhee said, “We’re still inexperienced and lacking, but I hope you’ll take an interest in us and like us. We set this year’s goal as, ‘Let’s light up 2019.’ Like our title track, I hope we can become ONEUS who lights up 2019. Please take an interest in ONEUS in the future.”

Check out ONEUS’s MV for title track “Valkyrie” off their first mini album “Light Us” here!