Ji Jasmine on MBC’s “The King of Mask Singer” was revealed to be the main vocalist of a rising girl group who has also proven herself through a project group and various OSTs!

The episode of “The King of Mask Singer” that aired on February 3 was a Lunar New Year Special that brought together the main vocalists of idol groups to battle it out.

The second round featured a duet between Ji Jasmine and Belle, and they blew everyone away with a rendition of Beyoncé’s “Listen.” They then went on to perform solo stages, with Ji Jasmine taking on BoA’s “Spark” and Belle performing Naomi’s “The Red.”

Though Ji Jasmine had received more votes for the duet at 54 to 46, Belle managed to win over the audience with her solo stage and move on to the next round with a total score of 103 votes to 96.

Ji Jasmine took off her mask to reveal that it was none other than WJSN’s Yeonjung. Since appearing on Mnet’s “Produce 101,” she rose to fame as a member of project group I.O.I and has since made her mark as a powerful vocalist of WJSN, also recording various drama OSTs with her unique vocal tone. This is also her second time on the show, having first appeared back in January 2017. 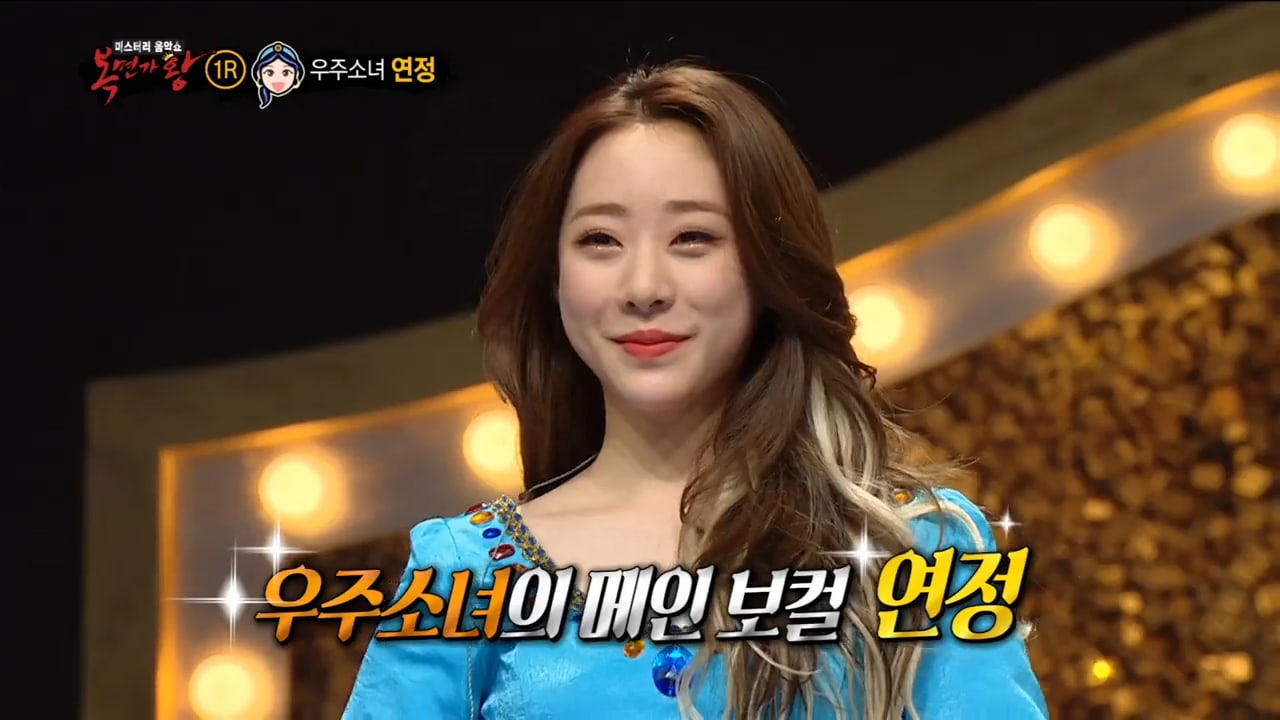 Choreographer Bae Yoon Jung, who was a member of the celebrity guest panel, offered an apology to Yeonjung as before the reveal, she had stated with confidence, “This is someone I’ve never taught before.” However, Bae Yoon Jung had indeed been a mentor to Yeonjung during “Produce 101.” She tried to make up for it as she said, “Yeonjung has gotten even prettier than when I last saw her. I’m so sorry. Our Yeonjung has the best voice.”

To wrap things up, Yeonjung said, “Happy New Year, everyone. WJSN has been working hard to promote our song “La La Love” so please give us a lot of love. We promise to do better and show greater things in the future, so please give us your love.”

She also shared photos on her personal Instagram account and wrote, “Ji Jasmine was me, Yeonjung~ I was so nervous and I was shaking, but I enjoyed the great opportunity to sing. Ujungs, Happy New Year and see you after a good rest.”

Catch her performances and reveal below!

WJSN
Yeonjung
The King of Mask Singer
How does this article make you feel?