The cast of SBS’s “Running Man” has nothing but support for their newest love line!

HaHa asked, “Why did you guys fight? Why aren’t you next to each other?” On the previous episode, Kim Jong Kook and Song Ji Hyo’s love line continued as they paired up for games and was dubbed the “Kook-Mung couple.”

The members continued joking around and brought up former cast member Gary. Yoo Jae Suk said, “They’re intentionally having a cooling-off period in order to get not get caught. This is Jong Kook’s first love line here, but Ji Hyo is cautious because it’s her second.”

Song Ji Hyo asked, “Didn’t Jong Kook also have one in the past?” to which Yoo Jae Suk joked, “But he’s a bit careful about Ji Hyo.” Ji Suk Jin then made everyone laugh by adding, “Her previous partner got married, so it was a clean break.”

Justifying his actions, Kim Jong Kook explained, “Isn’t it an obvious thing to take good care of your partner if you’re teamed up with them? Why do you guys say something whenever I do something?” and HaHa called him a tsundere. The cast then suggested that Kim Jong Kook might be behaving this way because he’s shy, while Lee Kwang Soo happily shouted for the “couple” to hold hands. 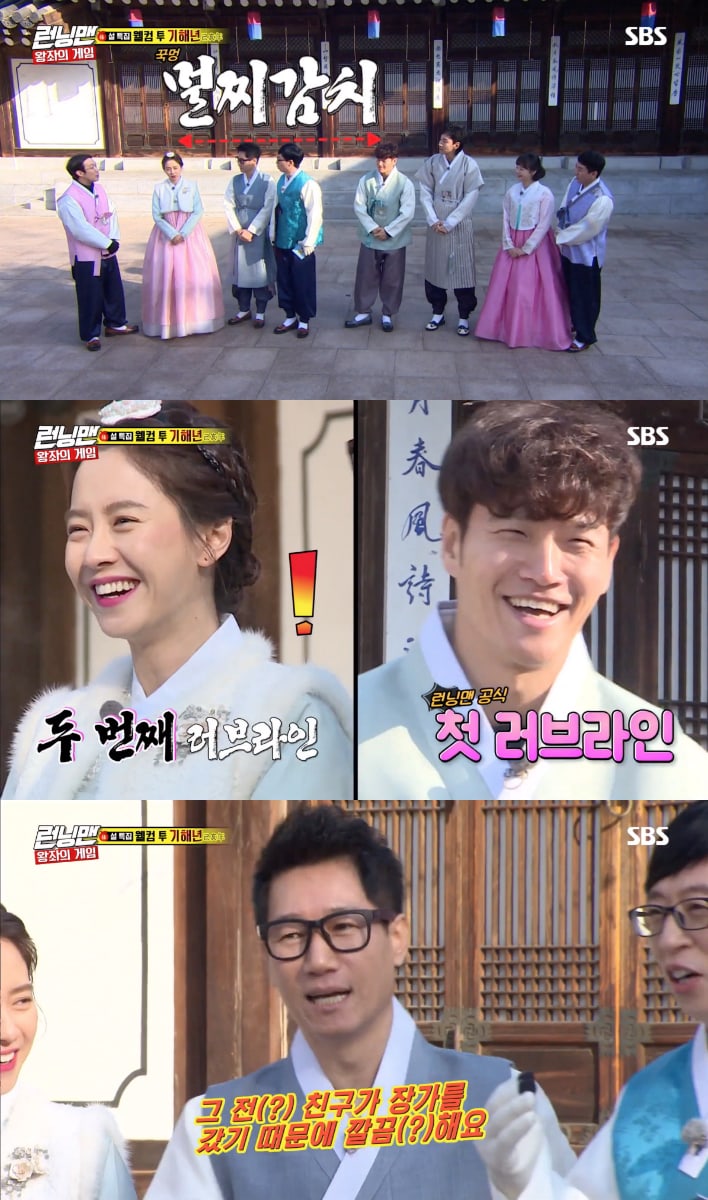 The cast and guests then competed in a race and played a “throne game” where they tried to find the designated king. While questioning each other, guest Jung Il Woo admitted that his heart fluttered in front of Go Ara while filming their upcoming drama “Haechi.” When the cast continued to probe Jung Il Woo about his feelings, Kim Jong Kook came to the actor’s defense and Song Ji Hyo also backed him up.

HaHa then turned the attention to Song Ji Hyo by asking, “Did your heart flutter with Gary in the past or does it flutter now?” She replied, “Who’s Kang Gary? Gary left. Why have feelings of attachment to someone who left?” As Kim Jong Kook reacted with a smile, the other cast members started cheering them on again. 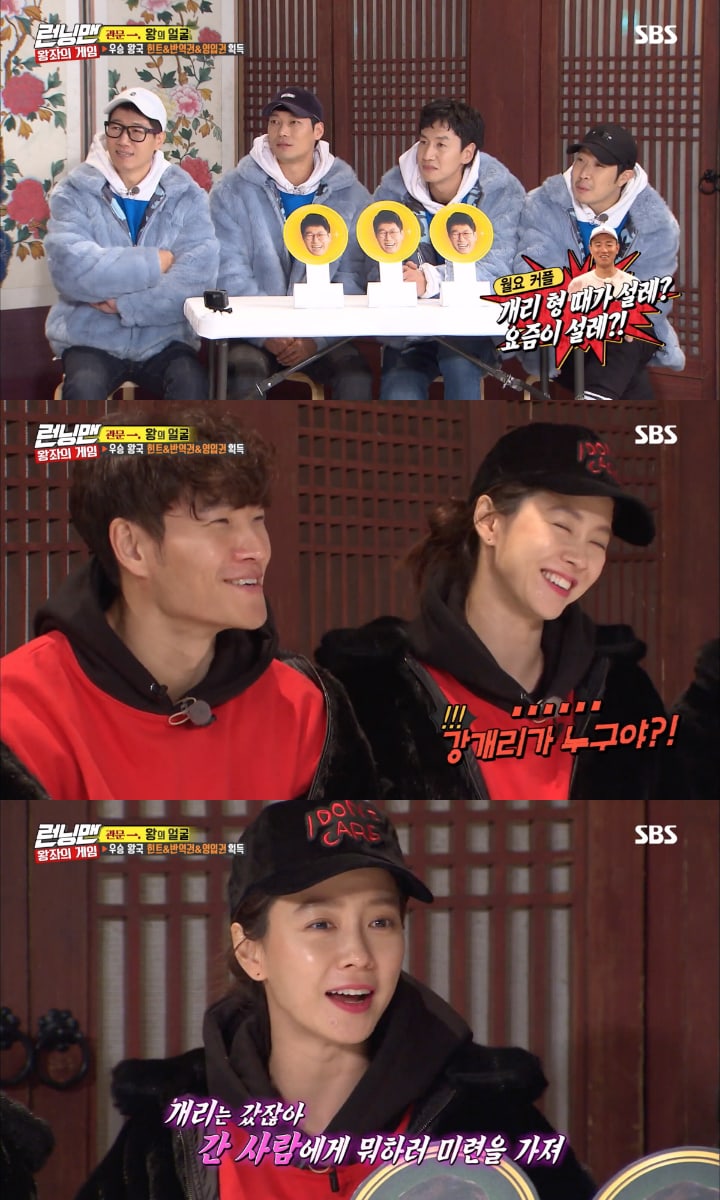