All the idol athletes showed their impressive skill with a bow and arrow in the finals as they competed for gold. In particular, many people watching were amazed when TWICE’s Tzuyu pulled off a perfect run of four 10-point scores in a row! In the end, gugudan took the gold medal with a score of 91 to TWICE’s 87. 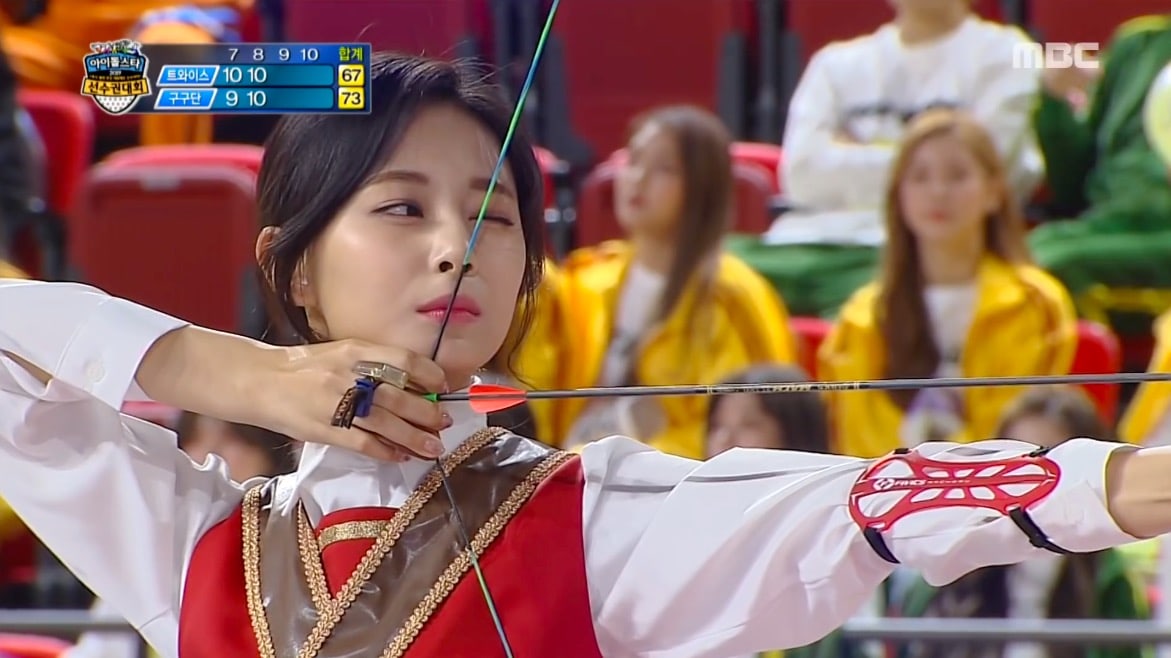 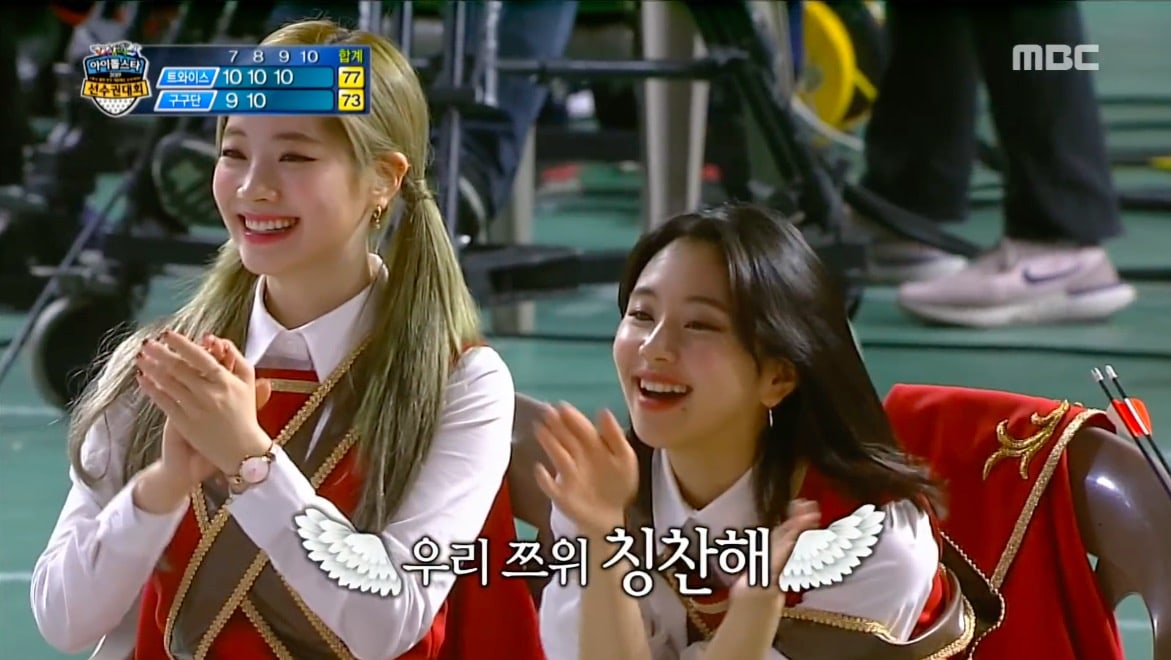 SEVENTEEN’s DK also amazed when he took a turn for his group during the finals and hit the 10-point ring four times in a row. 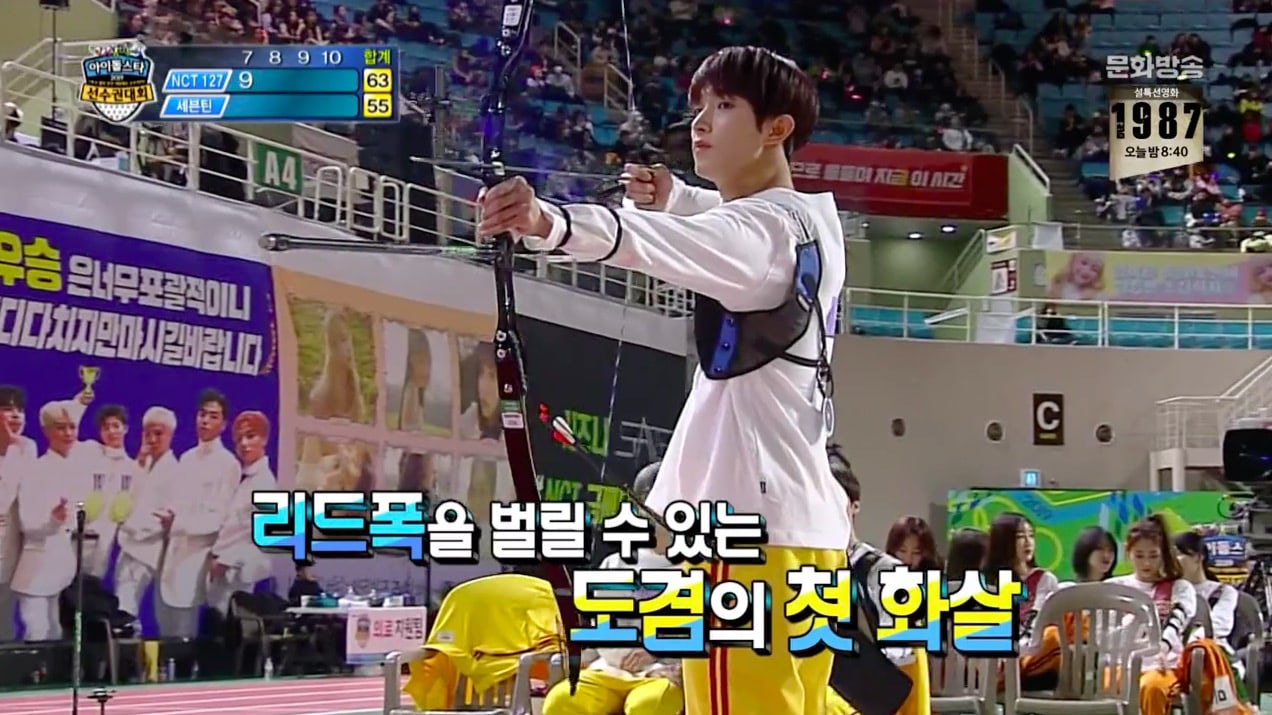 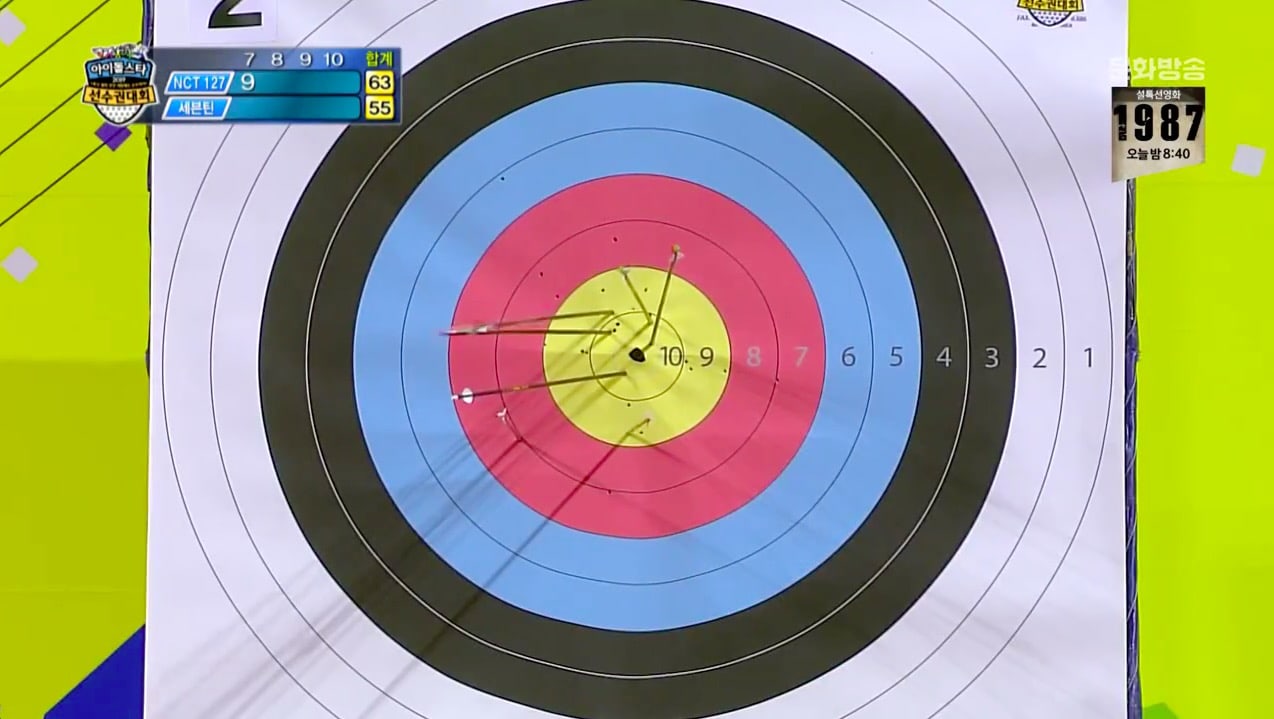 In addition, he achieved the feat of breaking the camera lens located right in the center of the bullseye, which has famously become a goal of many idol athletes! His fellow members cheered in joy when he broke the lens. 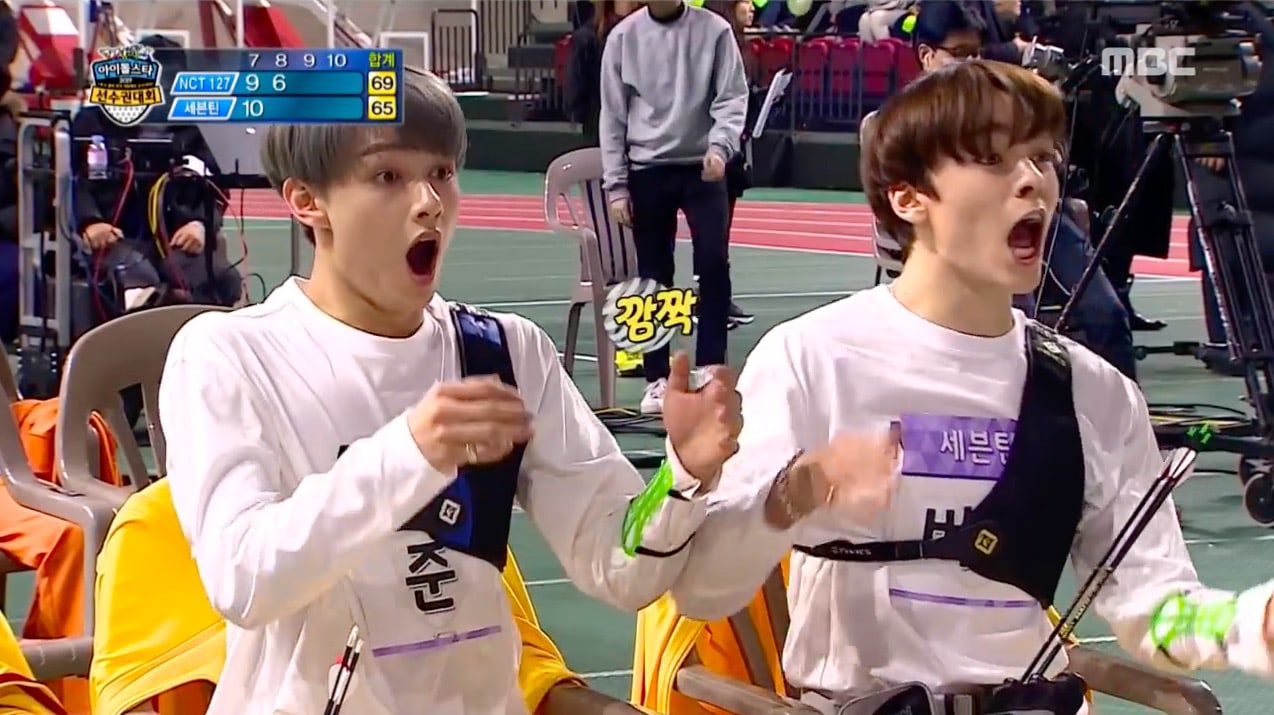 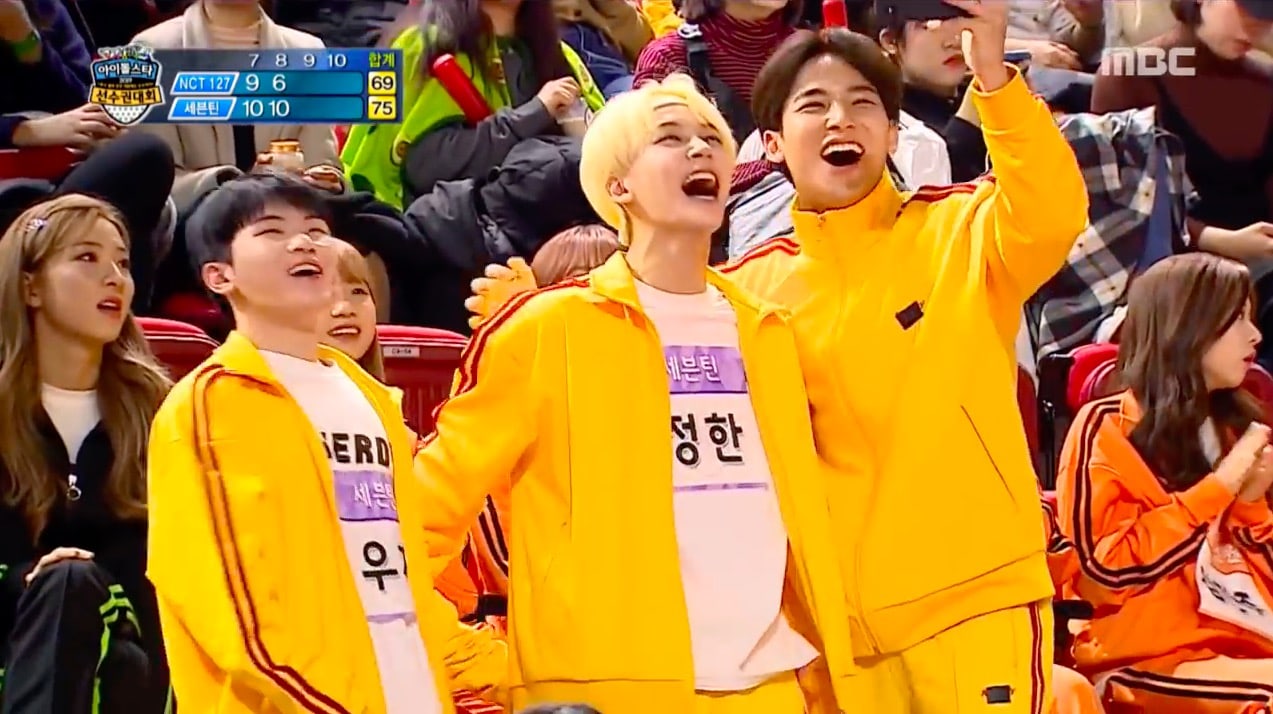 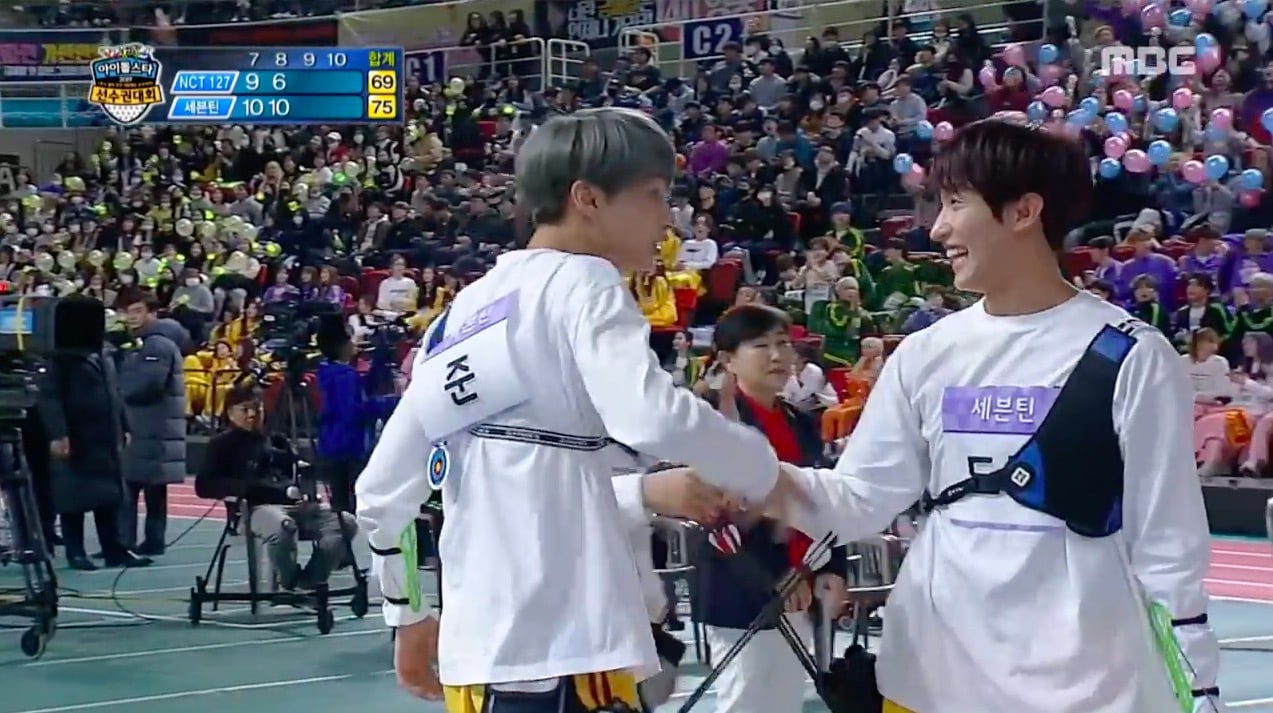 SEVENTEEN not only received the gold medal, they also set a new record of 95 points, with NCT 127 scoring 83 points.

You can check out the full results of the day’s events here.