On the February 6 broadcast of MBC’s “Radio Star,” the cast of “Uhm Bok Dong” starred in an episode featuring “Extraordinary people.”

During the broadcast, Rain talked about his relationship with Kim Tae Hee. When asked, “Do you agree wholeheartedly with your wife’s opinions?” Rain replied, “I don’t have an opinion. It’s more comfortable that way.” 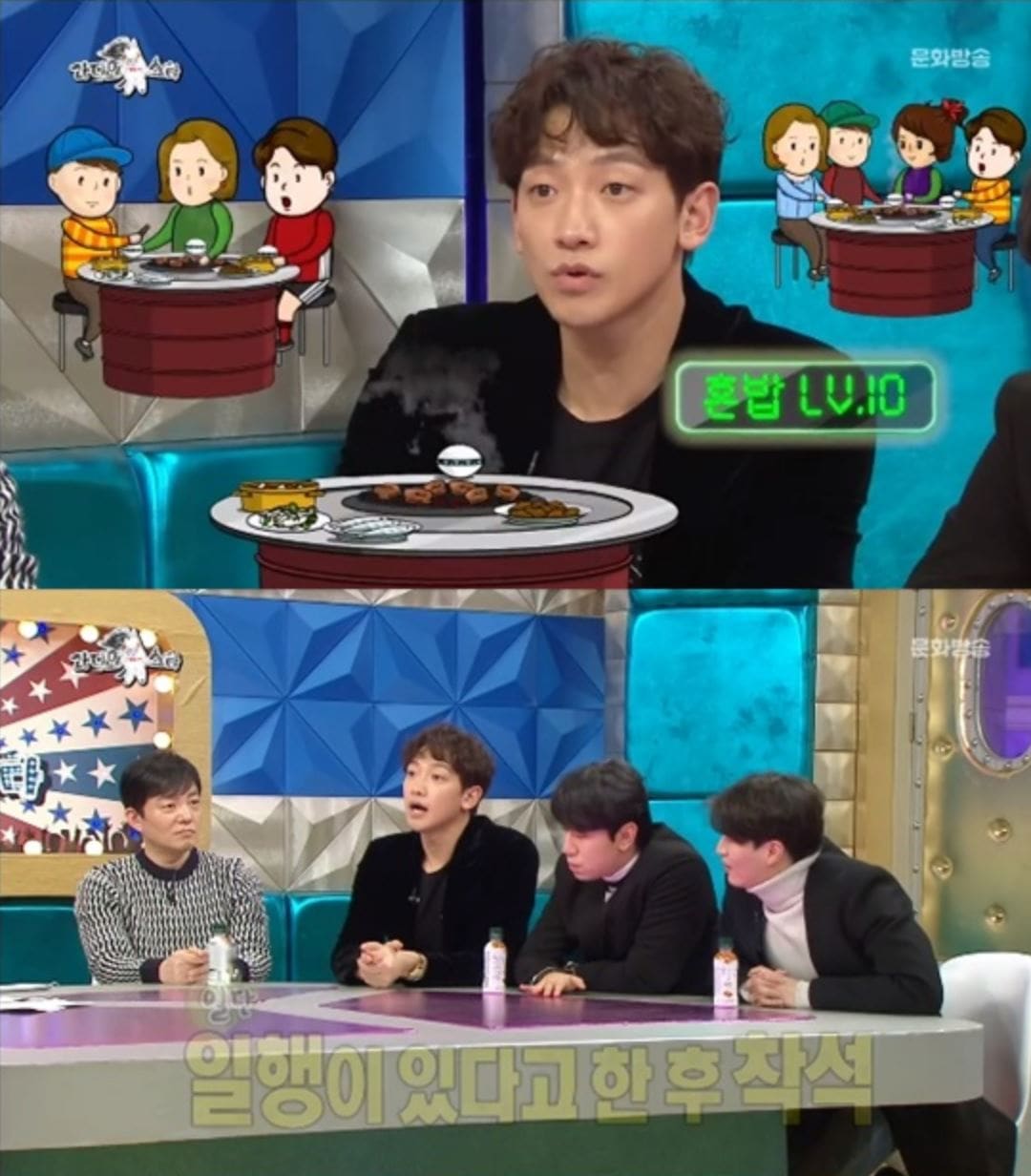 Rain also revealed that despite living with Kim Tae Hee, he eats alone from time to time. “There are times when you don’t want to talk to anyone. However, there are levels to eating alone. The beginning stage is fast food or hamburgers, and the advanced stage is grilling and eating meat alone at a restaurant,” he explained.

He continued to add, “There’s a skill to it. You have to confidently walk in alone, say you’re here with a group of people, and then sit down. If you say you came alone, [the restaurant] won’t take you in. I just go in, order, and eat.”

Kim Tae Hee
Radio Star
Rain
How does this article make you feel?