Final “Under 19” Group 1THE9 Reveals Eunhyuk’s Act Of Kindness, Upcoming Activities, And More

The finalists of MBC’s “Under 19” 1THE9 made a guest appearance on the February 11 broadcast of MBC FM’s “Idol Radio,” where they talked about their excitement for promotions as an official group, Super Junior’s Eunhyuk giving them spending money, their upcoming reality show, and more.

The nine finalists Jeon Doyum, Jung Jinsung, Kim Taewoo, Shin Yechan, Jeong Taekhyeon, Yoo Yongha, Park Sungwon, Lee Seunghwan, and Kim Junseo were chosen on the final episode of the show on February 9. As the radio broadcast was their first official activity as a group, they couldn’t hide their passionate energy nor their nervousness.

Lee Seunghwan commented, “I thought it would feel real after coming to a place like this, but it still doesn’t feel real.” Kim Junseo made everyone laugh by shouting, “Mom, you’re watching, right? I’ll do well!”

1THE9 shared that during the show, they had received spending money from their performance director Eunhyuk. Shin Yechan revealed, “After the live performance ended, we went to the production staff’s dinner. Eunhyuk said he wanted to gift us our first income, so he gave us each 50,000 won (approximately $44).” 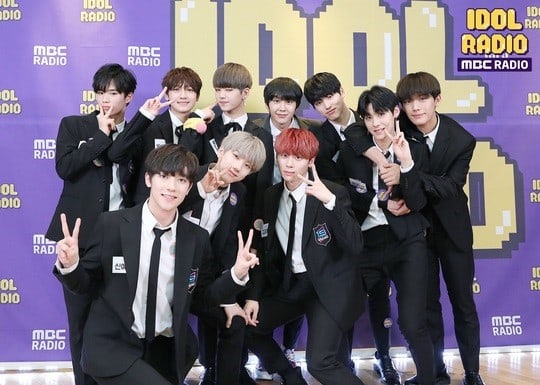 The group will be appearing on their first music show broadcast on the February 16 episode of MBC’s “Music Core.” Lee Seunghwan remarked, “I got to appear on the show once as a reward for being part of the first place team of the first mission for ‘Under 19.’ I was so nervous. This time, since I’ll be standing on stage as 1THE9, I’m confident I’ll be able to create a fun performance.”

1THE9 then shared several new versions of covers they had done on “Under 19.” They covered various songs such as VIXX’s “Shangri-La,” TVXQ’s “Mirotic,” EXO’s “Love Me Right” and “Growl,” NCT U’s “Boss,” BTS’s “Fake Love,” BTOB’s “Movie,” and more. They also performed the songs from their final stages on “Under 19” “It’s Like Magic” and “Shoot A Star.”

The group explained that they would soon be filming for their reality show and expressed their excitement. Shin Yechan stated, “Our goal is to stand at 2019 end-of-year awards ceremonies as 1THE9.”

If you haven’t already, check out the final episode of “Under 19” below!

Super Junior
Eunhyuk
Idol Radio
Under 19
1THE9
How does this article make you feel?