On February 12, Soompi had the chance to attend the showcase for the highly anticipated debut of JYP Entertainment’s new girl group ITZY. They are JYP’s first girl group in four years since TWICE’s debut in 2015 and consists of five members including Ryujin, Yeji, Lia, Yuna, and Chaeryeong.

Because JYP is known for their popular groups such as Wonder Girls, Miss A, and TWICE, the public showed much interest for ITZY even before their debut. The day prior to the showcase, ITZY released a music video for their first title track “DALLA DALLA,” in which the members sing of being different from others and loving themselves as they are.

Afterwards, the ITZY members appeared on stage and each member stroke a pose while a video played in the background to introduce the members. Following the photo session, the members performed their debut track “DALLA DALLA” in sparkly outfits. 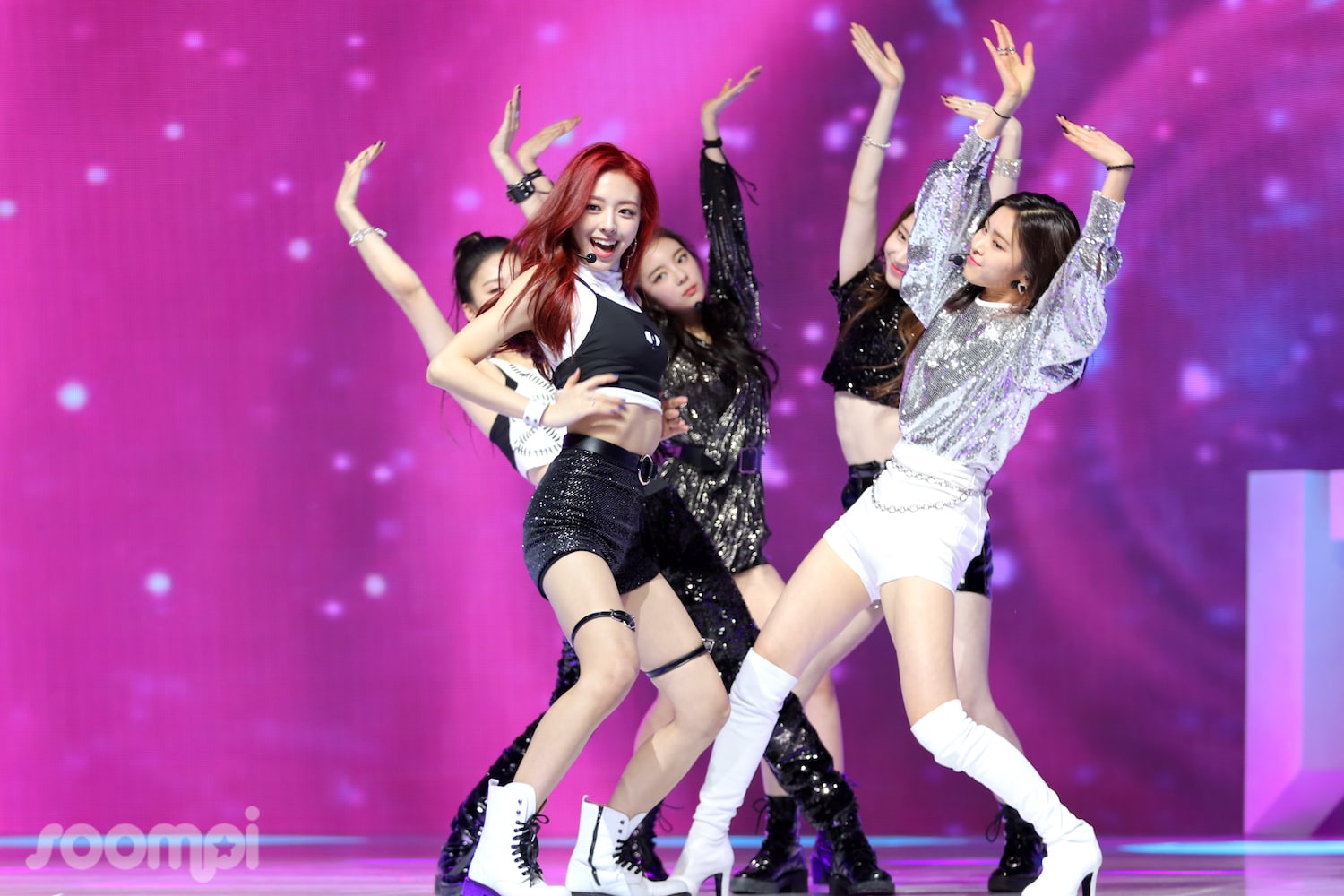 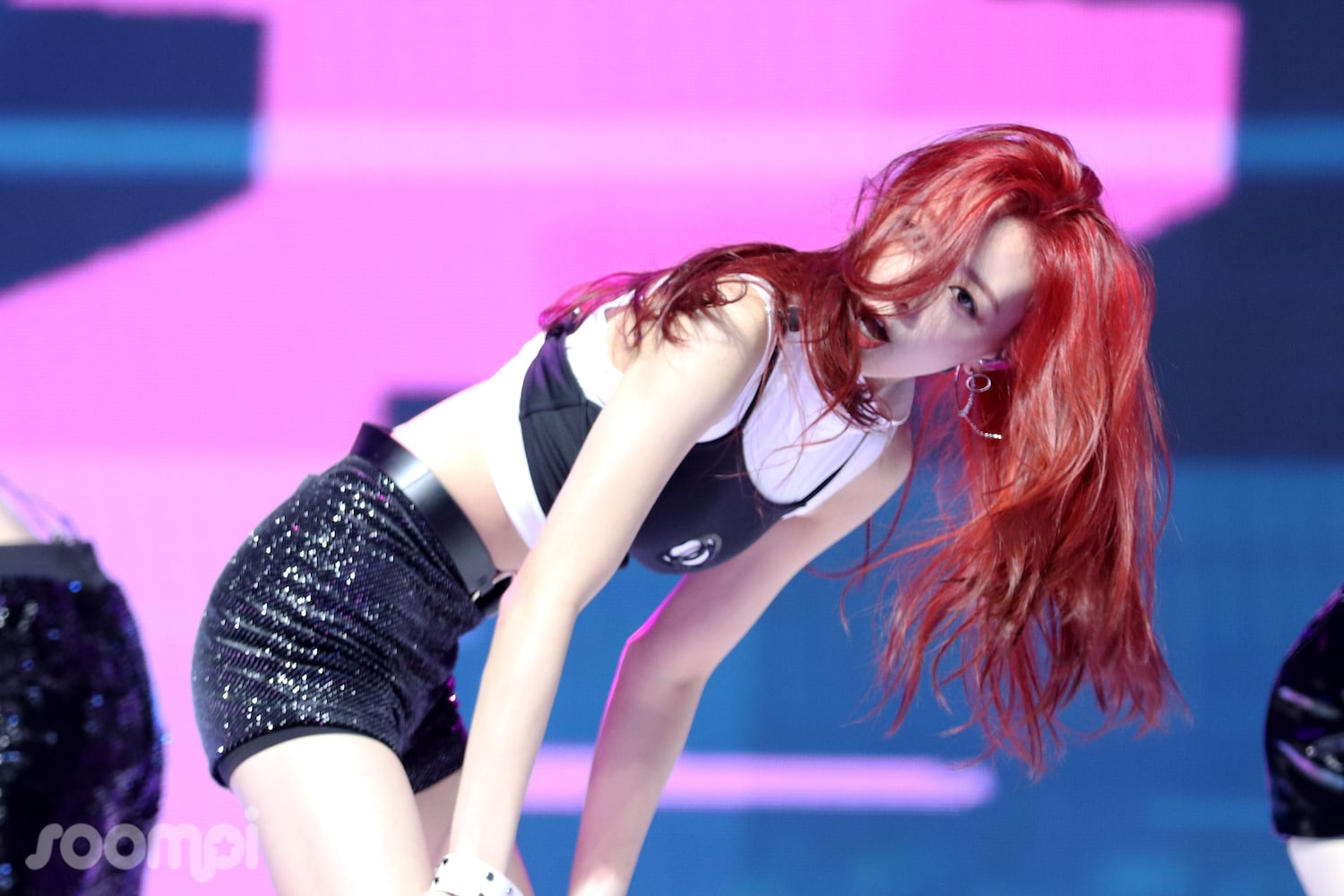 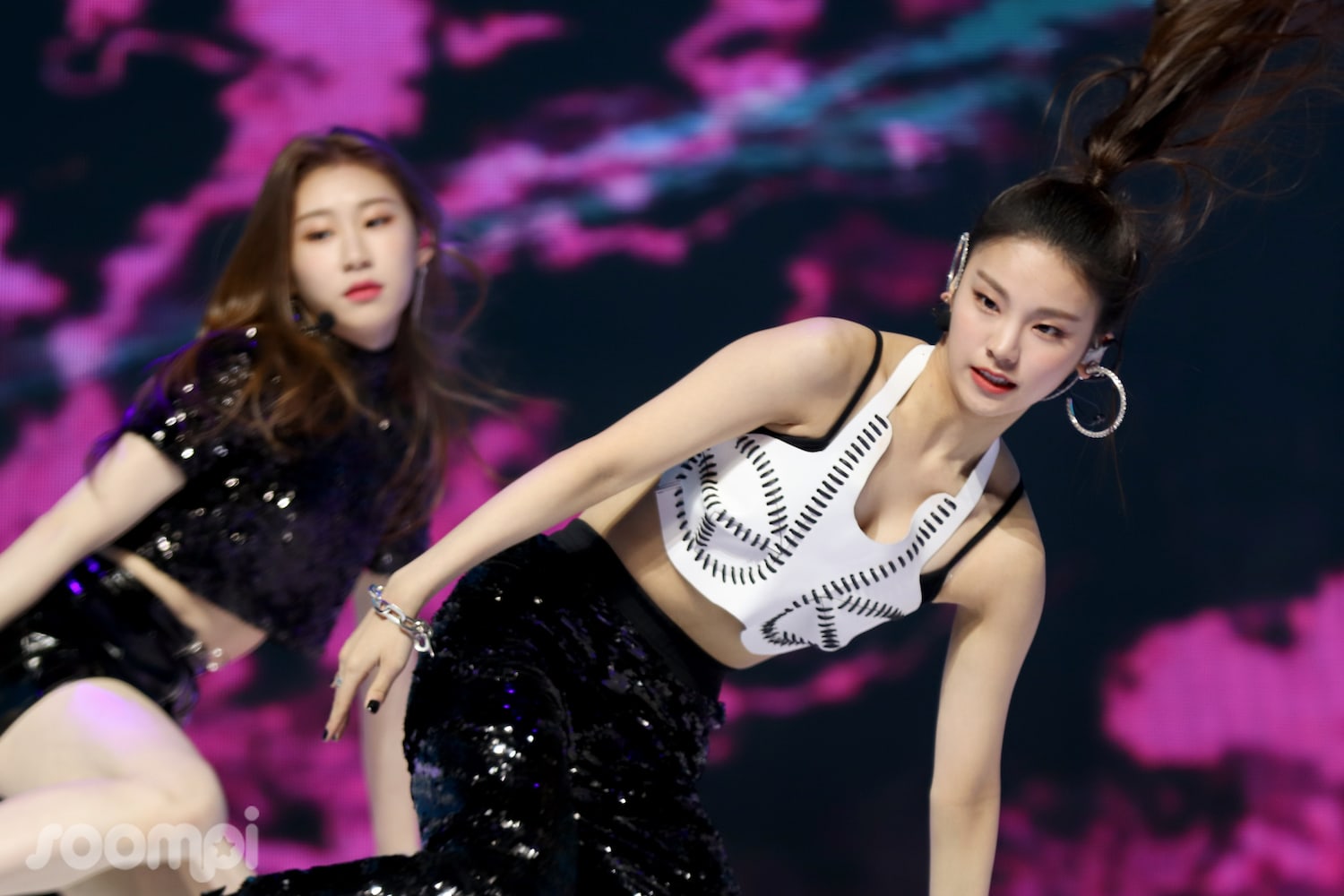 The performance was followed by the title track’s music video, after which the members came back on stage for more individual photos and group photos. They smiled brightly in front of the cameras with a pose they thought best describes the group’s identity as ITZY. 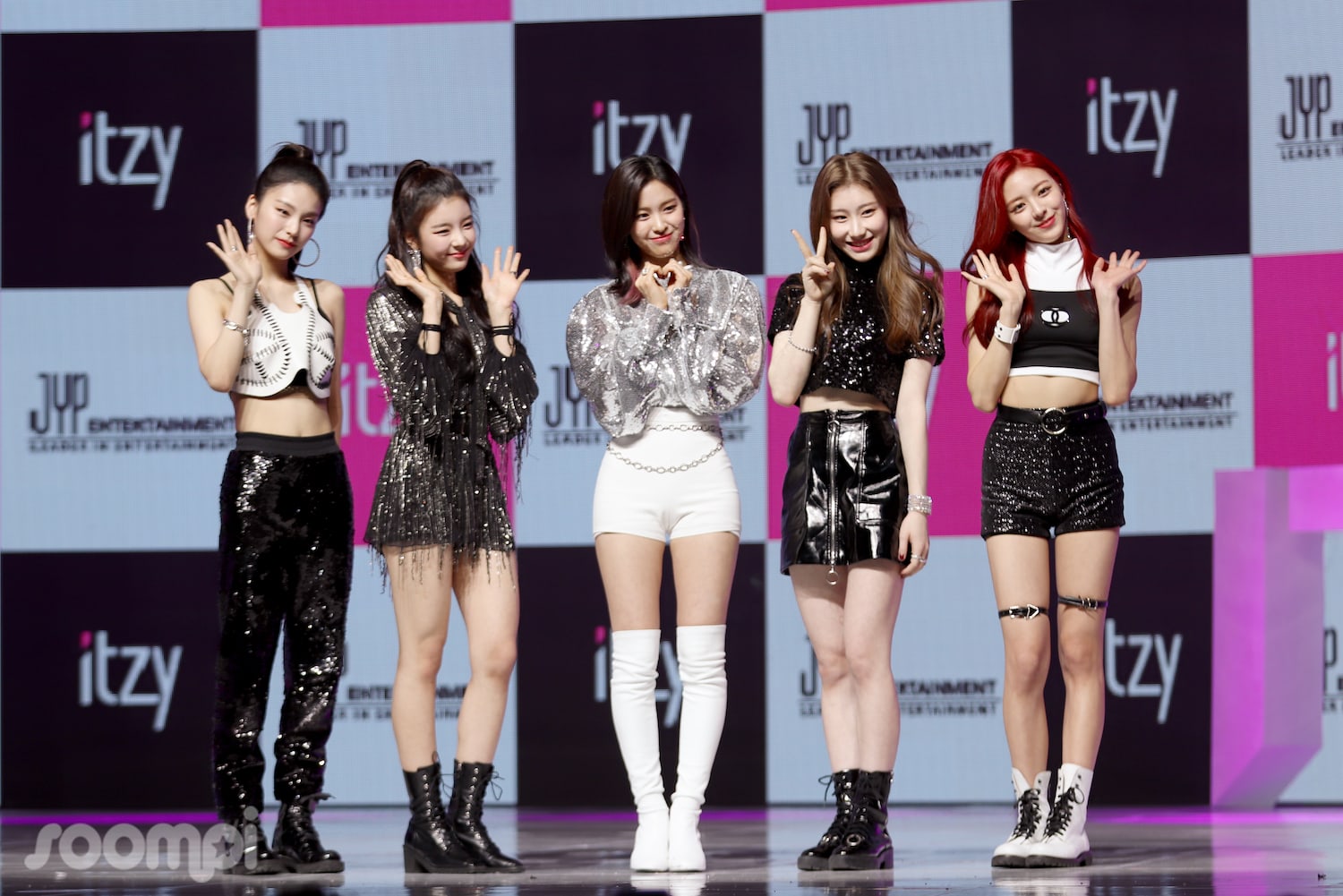 ITZY also performed a series of cover dances, during which they showed their love for their senior artists. The members danced to Wonder Girls’s “Irony,” Miss A’s “Bad Girl, Good Girl,” and TWICE’s “Like OOH-AHH.” 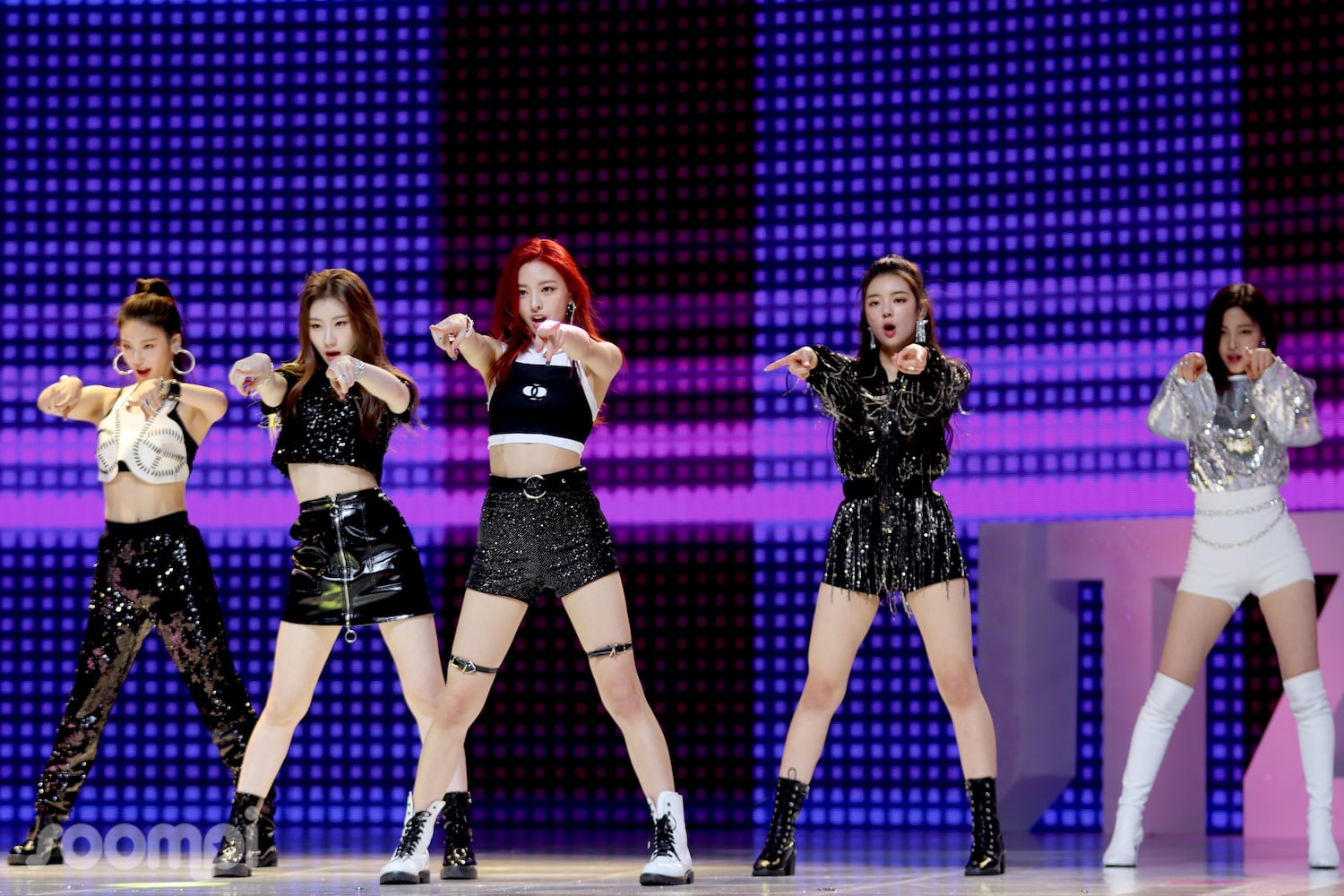 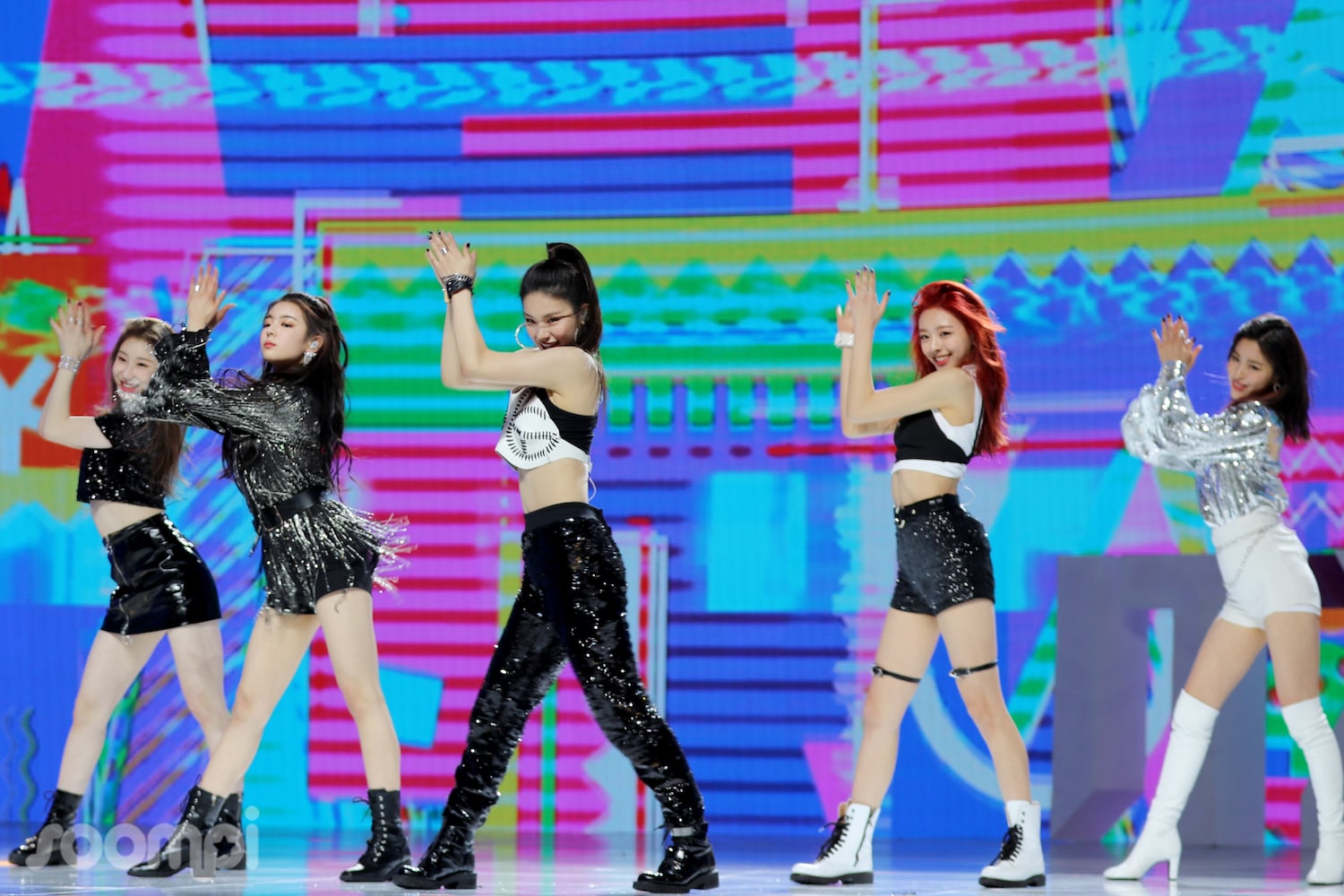 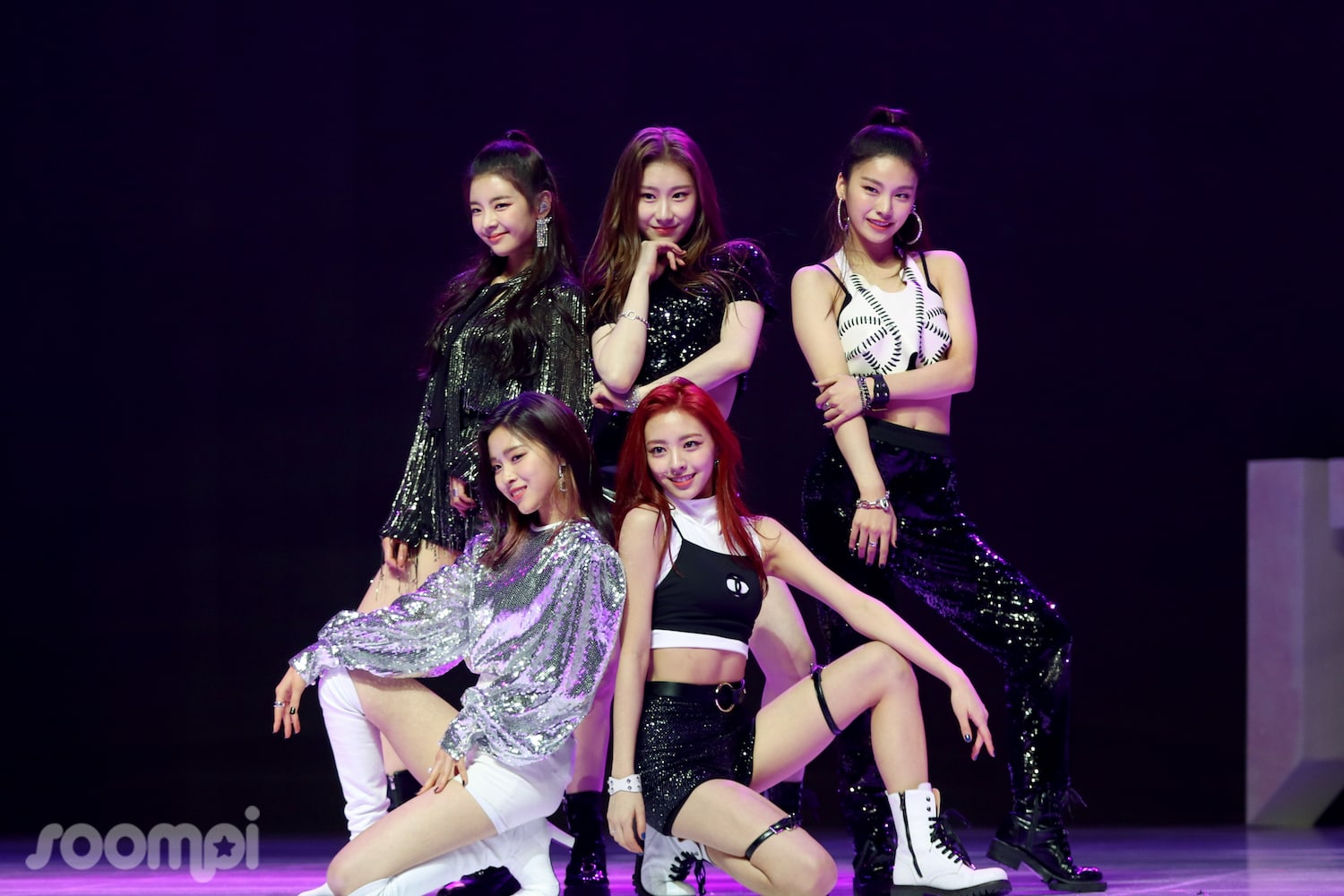 After their powerful performance, ITZY sat down to answer reporters’ questions about their debut. The members opened up the interview portion of the showcase by cheerfully saying their greeting, “All In Us, we are ITZY.”

When asked about the meaning behind their greeting “All In Us,” Yeji explained, “It means that we have everything you are looking for in us.” She continued, “We would like to display an aura that you couldn’t quite see from other groups before.”

Yeji also answered a question about whether ITZY feels pressure about being compared to senior groups such as BLACKPINK and 4Minute even before their debut. The member said, “We feel honored that our name is being mentioned alongside such great senior artists. While they have their unique colors, we would like to create a music genre that only ITZY can pull off.” She concluded, “I would like people to call us ‘Monster Rookies.'” 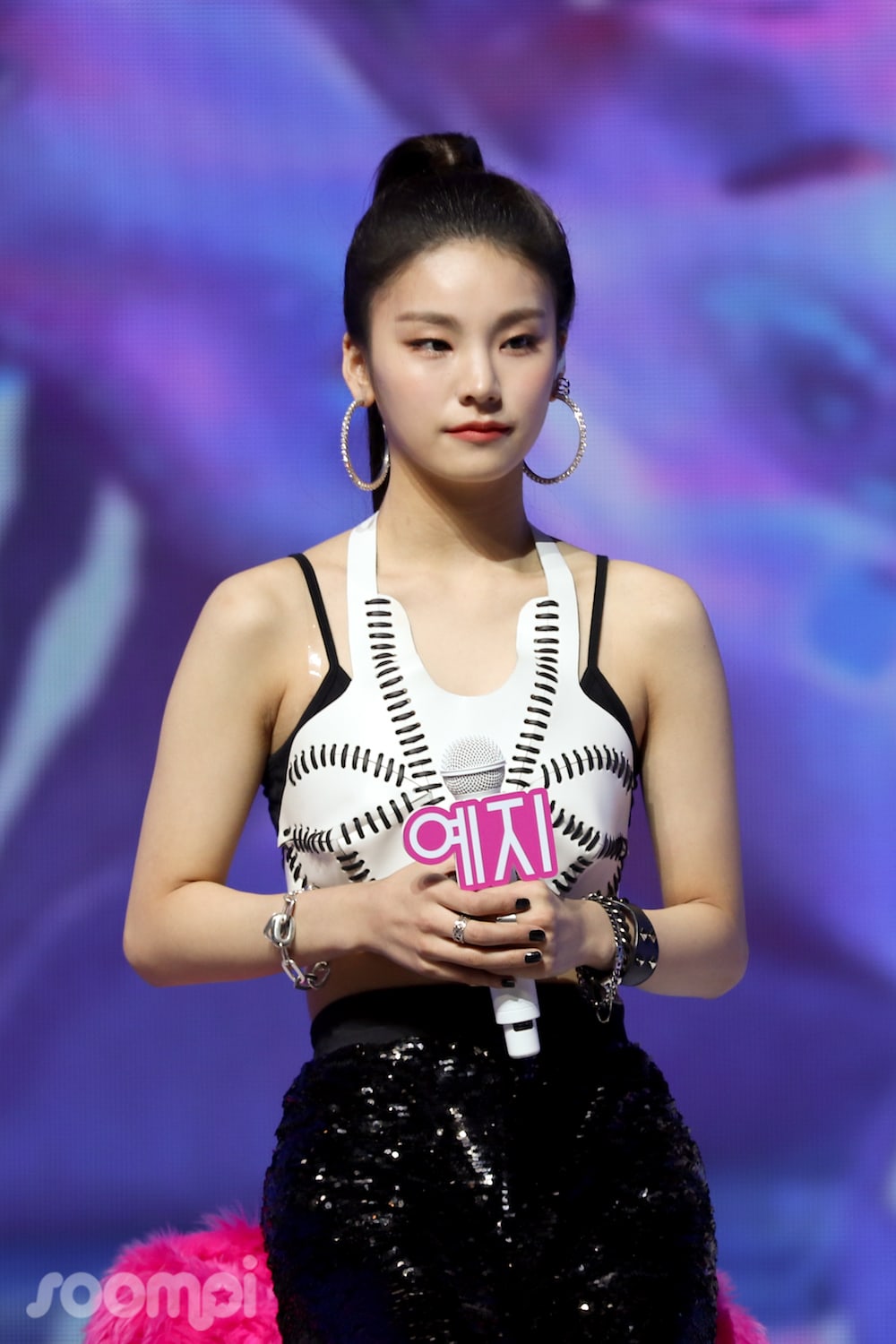 Chaeryeong was asked about how she has changed from when she appeared in SBS’s “K-Pop Star 3” and Mnet’s “SIXTEEN.” She answered, “I think I’ve become more mature and my skills have improved.”

The idol also received a question about her sister, Lee Chae Yeon, who is currently promoting as a member of IZ*ONE. Chaeryeong responded, “I’m excited to be able to meet my sister on stage. My family members were all glad to hear about my debut. They advised me to promote with confidence.” 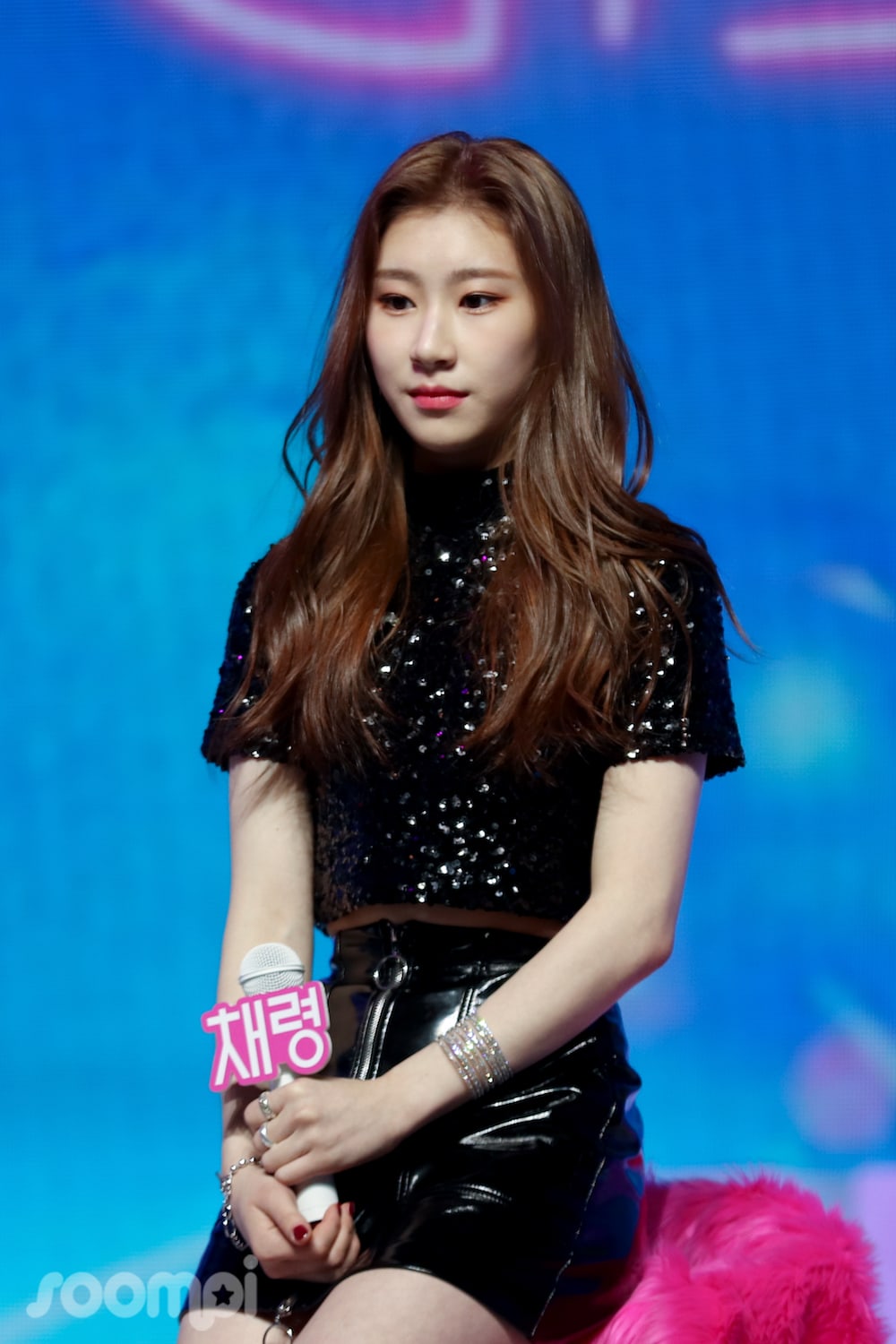 When asked about the public’s high expectations as the next girl group of JYP, Ryujin answered, “We received almost an undeserving amount of attention for our debut. In order to meet the public’s expectations, we will work harder.” She continued, “While we do feel a bit of pressure, we will work hard to live up to JYP Entertainment’s reputation as the ‘Reputable Family of Girl Groups.'”

The member also addressed her appearance in JTBC’s “MIXNINE.” Ryujin said, “After the end of ‘MIXNINE,’ I had to go back to being a trainee. I tried to improve my skills, and thanks to the great experience [from ‘MIXNINE’], I was able to debut as a member of ITZY.” 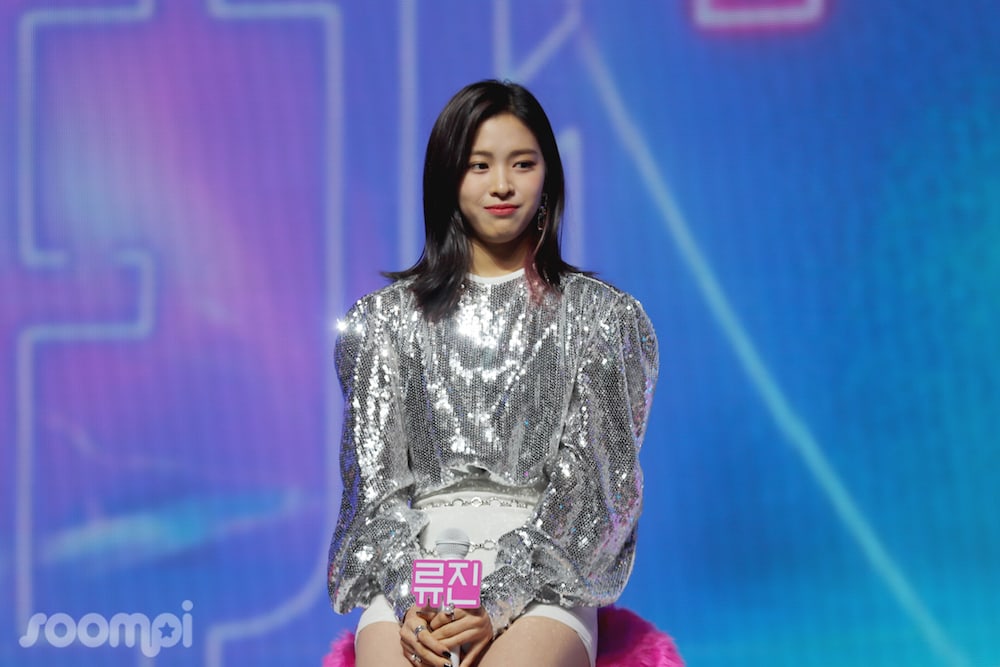 Lia answered a question about being introduced to the public as a “hidden card” of JYP. She said, “I was exposed to the public for the first time as ITZY’s Lia, and I’m thankful and honored that the public granted me such a great title. I will show you many sides of myself that you are curious about through future promotions of ITZY. Please continue to send lots of love and encouragement to both me and ITZY.” 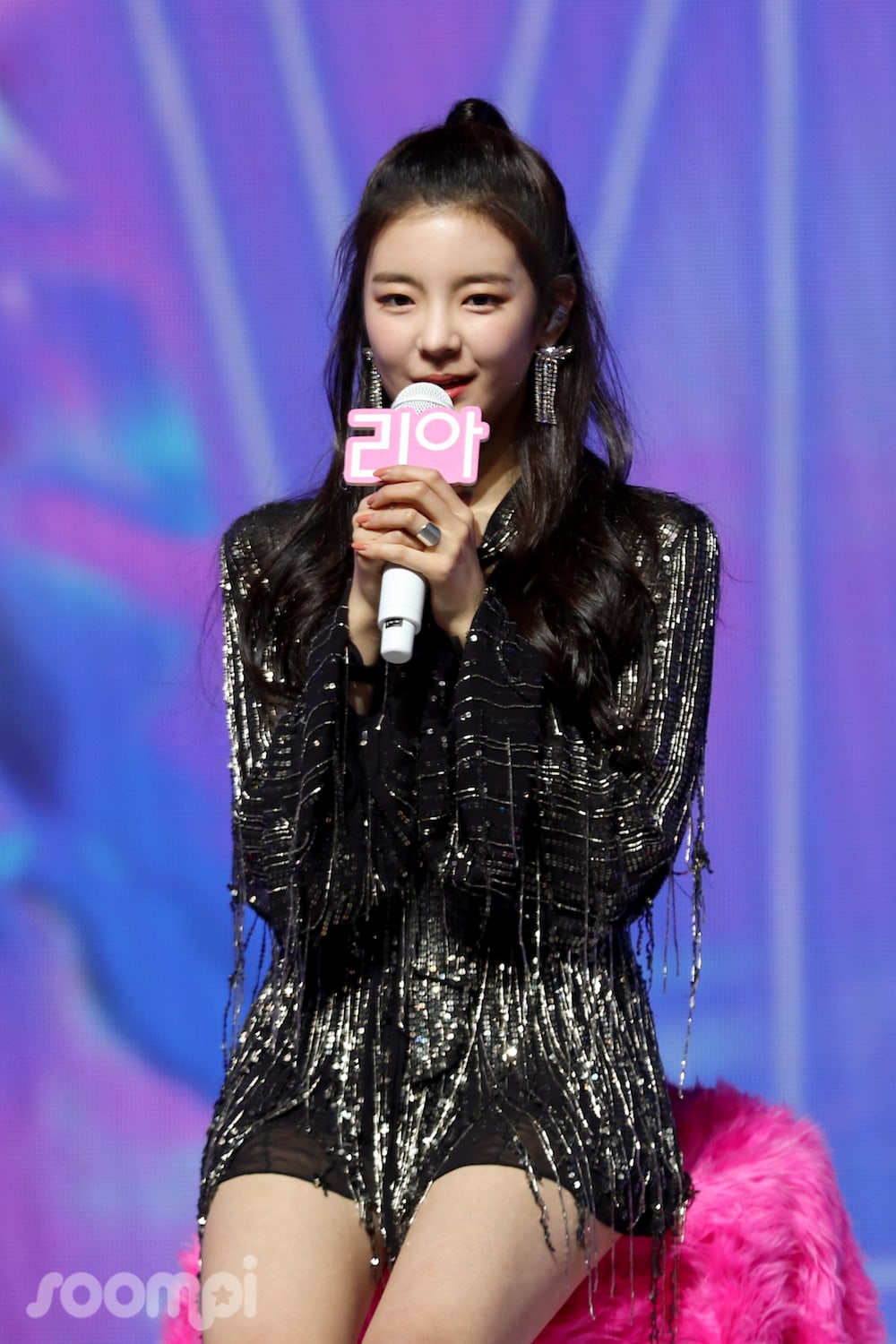 Yuna, who is the youngest member of ITZY, was introduced as the visual of the group. She shared her personal and group goals for the debut by saying, “All of us share one goal, which is to make 2019 our year. I would like us to earn the title of ‘Stars 2019 Gave Birth To,’ and in order to do so, I will work harder.” 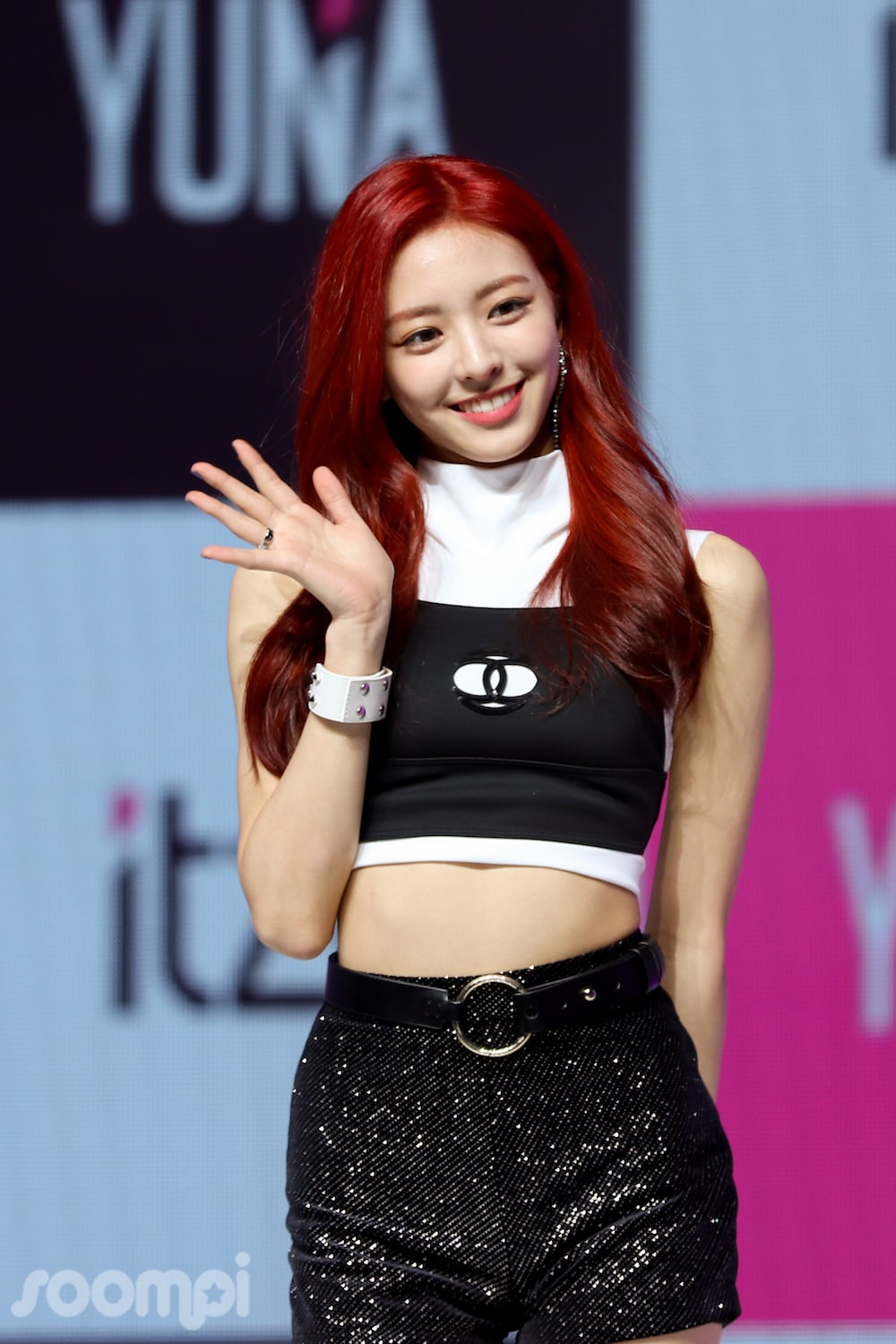 Make sure to also check out their music video for “DALLA DALLA” here!

Soompi Spotlight
Soompi Exclusive
ITZY
How does this article make you feel?