Epik High is here! They just announced that they’ve got an album on the way, their first since their 2017 body “We’ve Done Something Wonderful,” and if that weren’t enough to leave fans giddy in puddles of happy tears, Epik High’s going on tour in Europe and North America.

The hip hop trio’s European tour is their first ever, and it starts in one month. From March 13 to 20, fans will get to see Epik High in Berlin, Helsinki, Amsterdam, Brussels, Paris, Warsaw, and London.

In a North American tour announced today, Epik High will be hitting up 17 cities for 18 shows across the United States and Canada, kicking off in Minneapolis on April 1.

Find the tour stop closest to you: 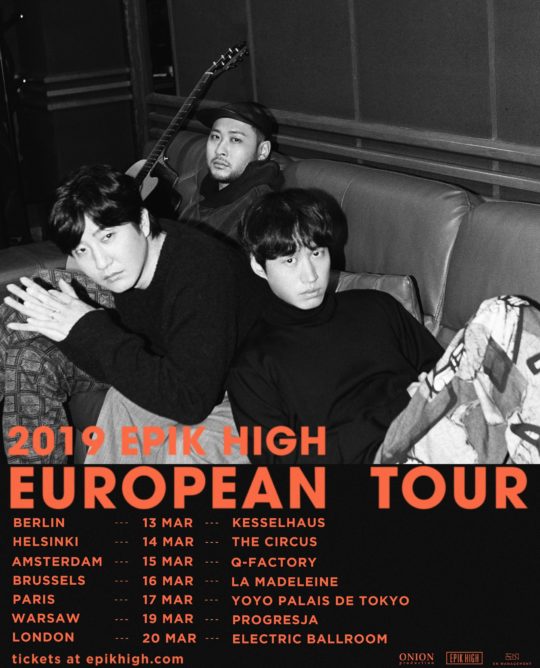 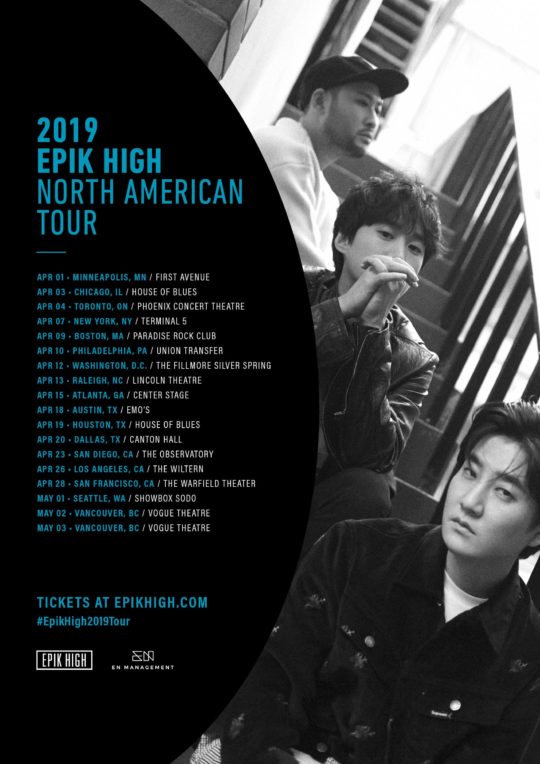