On the February 19 broadcast, Feeldog, B1A4’s CNU, Byung Hun, and Park Sun Ho appeared as guests on the variety show.

MC Park Na Rae began, “Popping and waves are a given, and you can also do many styles of dancing including hip hop, house, rocking, and b-boying. You’ve expressed confidence that you may be included amongst the top seven idol dancers.”

Feeldog explained, “There are many idols who are great at dancing. But before I debuted, I was a dancer in the underground hip hop scene. So amongst idol dancers, I think that I may be the only person with awards and such experiences in the hip hop scene.”

When the MCs asked who he thinks are the top seven idol dancers, Feeldog named EXO’s Kai, SHINee’s Taemin, BTS’s Jimin and J-Hope, HOTSHOT’s Roh Tae Hyun, Hoya, and himself. When they asked about his own ranking amongst these top seven dancers, Feeldog answered with a shy laugh, “The dance styles are so different. But if I were to [rank myself], I would be I towards the top.” 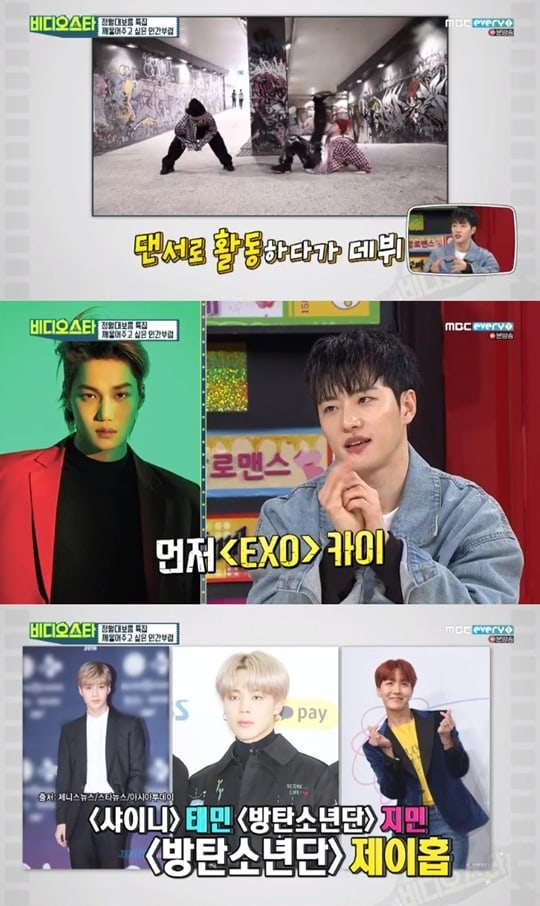