On the February 21 episode of tvN’s “Life Bar,” Park Hoon appeared as a guest along with the other “Memories of the Alhambra” actors Han Bo Reum, Lee Si Won, and EXO’s Chanyeol.

During the episode, Park Hoon took the liberty to share some stories about his “Descendants of the Sun” co-star, Song Joong Ki. The actor revealed, “I made my debut through ‘Descendants of the Sun.’ Because it was a success, I think my image from the drama stayed with me.” 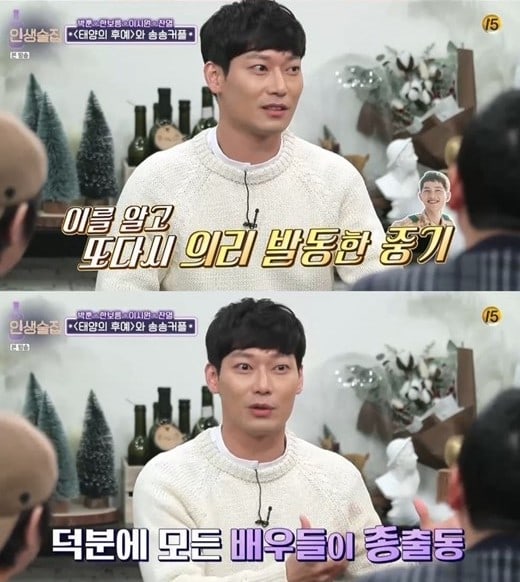 Park Hoon continued, “When we all went to receive soldier training [to prepare for our roles as soldiers in the drama], I wanted to get an autograph from Song Joong Ki. At the time, he asked me [friendly] questions like how long I had been a stuntman.”

The actor further revealed, “Song Joong Ki also came over to my home in Jeongseon (where filming for ‘Descendants of the Sun’ took place) to pay his respects to my mother. Because he wanted to be considerate of my parents, he simply introduced himself as an actor who works with me. He is such a great guy.” 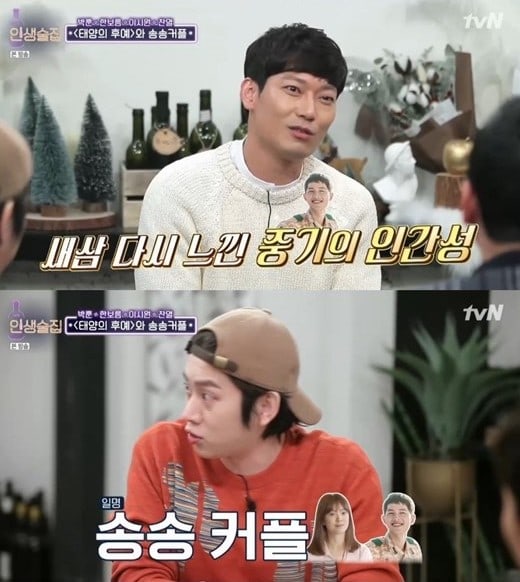 In response, Kim Hee Chul asked about the rumors that Song Joong Ki and Song Hye Kyo often enjoyed dates at a restaurant that Park Hoon’s mother owned. Park Hoon answered, “At the time, my mother owned a small soju bar. Song Joong Ki asked people to have a gathering there, so we met up frequently.”

He clarified, “Actors including Song Joong Ki and Song Hye Kyo all came. I did not know they were dating at the time.”

Watch Park Hoon and Song Joong Ki in “Descendants of the Sun” below!

Song Joong Ki
Descendants of the Sun
Park Hoon
Life Bar
How does this article make you feel?