On the next broadcast of SBS’s “Running Man,” Yoo Jae Suk and Lee Kwang Soo are going to battle it out to find who is the true king of bad luck.

During the recently filmed episode, the cast played a game of the Korean Pirate Roulette Game. Usually, if the head pops out, you would be deemed the loser of the game, but for this mission, the winner would be the one who makes the head pop out.

The two men have proved themselves to the “king of losing” by presenting such shocking misfortune that they are suspected of having manipulated their unfortunate results. In the previous episode during the random egg game, Lee Kwang Soo got the single raw egg out of 30 cooked eggs. Even the staff couldn’t believe his bad luck!

However, since the winner of this game will be the one who makes the pirate come out, the other members begged Yoo Jae Suk, saying, “Please tell me a which hole looks like it will make the pirate come out.” Yoo Jae Suk and Lee Kwang Soo chose one column without hesitation and filled the scene with stifling tension. 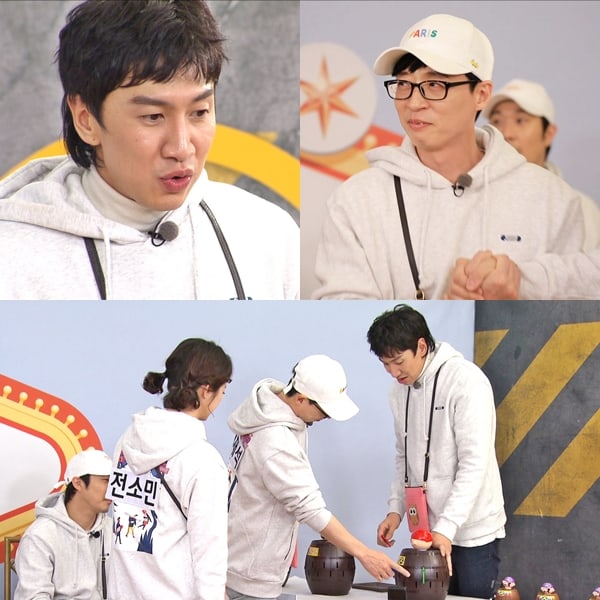 You can check out the results of their game on February 24 at 5 p.m. KST.