Han Ye Seul opened up about her ideal type on SBS’s “My Ugly Duckling.”

The actress appeared as a guest on the February 24 episode of the reality show, joining the two MCs and panel of celebrity moms on the set.

As soon she arrived, Han Ye Seul became the center of attention, and Tony Ahn‘s mother approached her to talk about her son. Another mom playfully commented, “You must really like her, since you keep talking [to her] about Tony.” Tony Ahn’s mother replied, “He still hasn’t gotten married. I need to be more aggressive from now on.” Kim Jong Kook‘s mom added, “You’re so pretty that I can’t even dare to bring up Jong Kook.”

When asked about her ideal type, Han Ye Seul answered, “In the past, I liked men who looked like anime characters, who were slender and fair. But now that I’m getting older, I like men who look really healthy.” The moms replied, “That’s Jong Kook!” and Kim Jong Kook’s mother remarked with a smile, “I should call Jong Kook.” 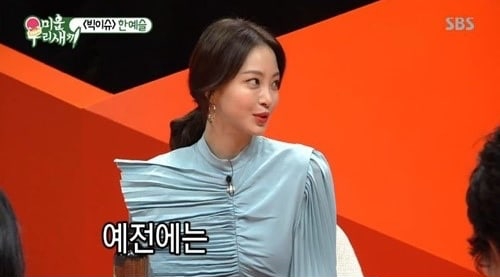 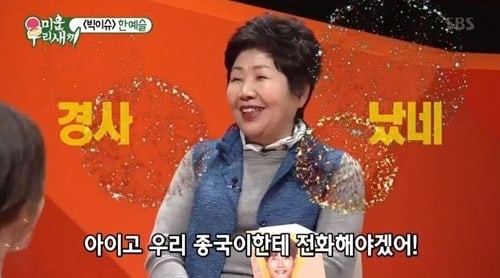 Host Shin Dong Yup then asked the actress, “Have you been to a club before? I’ve gone to clubs [to film] television programs.” Seo Jang Hoon added, “I used to go to nightclubs in the past, but I haven’t been to clubs these days.”

Referring to cast members Park Soo Hong and Im Won Hee, Shin Dong Yup wen on to ask, “Which do you prefer? A man who goes clubbing often or a man who likes toys?” Han Ye Seul replied, “I had thought of [Im Won Hee] as someone who just collects toys, but seeing his footage, I liked that he had a collection full of emotions. However, I’d still choose a man who goes clubbing. I also have a lot of energy.”

Park Soo Hong’s mom commented, “I’m so happy to hear that someone this beautiful also enjoys going to [clubs].” The actress added, “I like music, and dancing is a form of exercise.”

Host Seo Jang Hoon asked, “Are there any hobbies men have that make you think, ‘There’s no way I could be together with [that guy]?'” Han Ye Seul replied, “I’m typically understanding of all hobbies. There are people who like to play games. Slowly leveling up, buying items, and enjoying games is fine, but I think it’s unfortunate when people can’t wait to level up and use a lot of money to level up.”

Later on, when asked to choose the most handsome member of the “My Ugly Duckling” cast, Han Ye Seul answered, “Kim Jong Kook,” which made his mom smile. 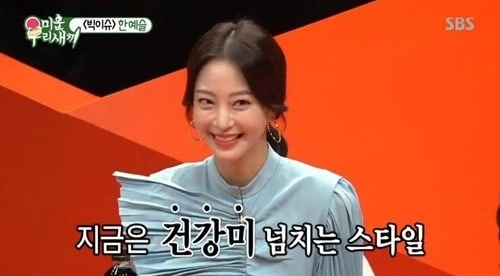 Check out an episode of “My Ugly Duckling” below!

Han Ye Seul
My Little Old Boy
How does this article make you feel?