“Big Issue” is about the battles of the paparazzi who unveil uncomfortable truths about a society overtaken by evil. The new drama will tell the story of a homeless alcoholic who turns his life around and becomes an elite photojournalist in order to save his daughter, as well as a heartless editor-in-chief who uses her connections to reveal celebrity scandals.

Han Ye Seul will portray Ji Soo Hyun, the editor-in-chief of Korea’s most notorious celebrity scandal paparazzi newspaper “Sunday Report.” Once she catches a whiff of a scandal, she stops at nothing to expose it, and she is such a powerful player in the world of the paparazzi that she is nearly a celebrity herself. She is also the person who lures homeless man Han Suk Joo (played by Joo Jin Mo) into the paparazzi world.

In the newly released stills, Han Ye Seul looks frustrated as she sits on a swing in a playground. The scene takes place during the early days of Ji Soo Hyun’s career as a passionate reporter, and the character looks upset as she attempts to calm her emotions by sitting alone in the playground. However, the look in her eyes changes once she receives a phone call, making viewers wonder about her sudden change in emotions and the nature of the phone call.

Han Ye Seul filmed the scene on January 4 in the city of Paju in Gyeonggi Province. In order to capture Ji Soo Hyun’s past, which contrasts sharply with the character’s later image, the actress tied her hair and sported a baggy jacket with sneakers. Despite the cold weather and early filming time, the actress arrived on set with a big smile and happily enjoyed riding the swing.

Once preparations for filming began, however, Han Ye Seul conjured up the pensive emotions of Ji Soo Hyun and spent some time alone in order to get into character. As soon as the camera started rolling, Han Ye Seul’s facial expression immediately became full of despair, only to change completely once her phone rang. 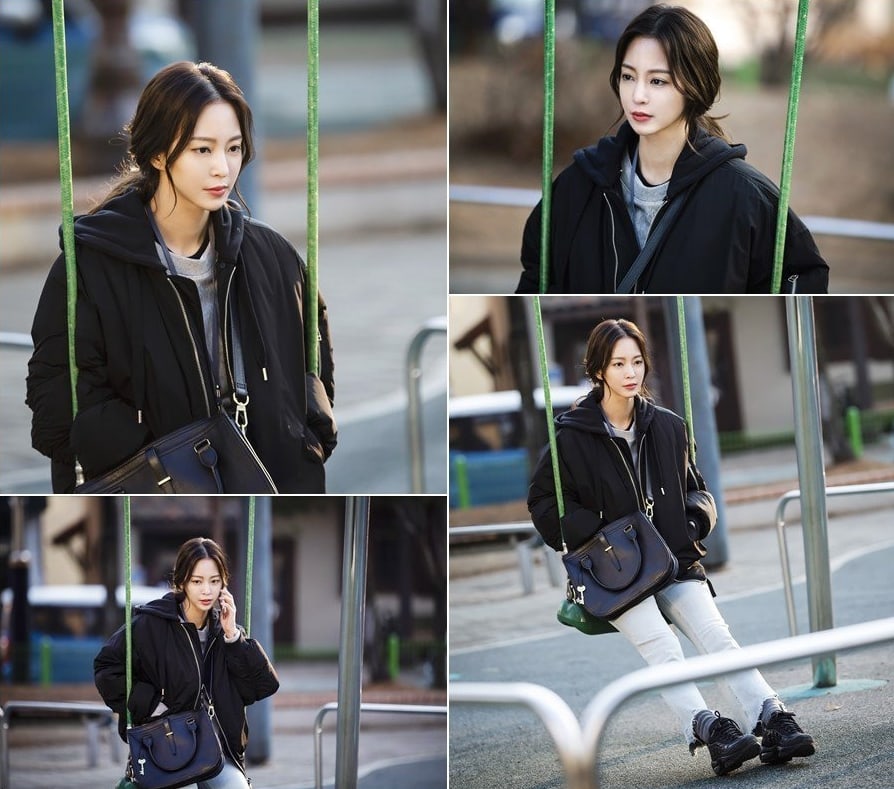 A source from the drama’s production staff commented, “Every week, ‘Big Issue’ will tell a fun story of the paparazzi chasing a scandal, and it will also show the moving stories where news meets human life. Han Ye Seul is doing a great job of filling the set with her energy and enthusiasm. Please look forward to seeing Han Ye Seul’s passion [in the drama].”

“Big Issue” premieres on March 6 at 10 p.m. KST and will be available with English subtitles on Viki! In the meantime, check out the footage of the drama’s first script reading below:

Han Ye Seul
Big Issue
How does this article make you feel?