On the latest episode of “Please Take Care of My Refrigerator,” Highlight’s Lee Gikwang provided an update on his bandmate Yoon Doojoon’s time in the military!

Lee Gikwang appeared as a guest on the February 25 episode of the JTBC variety show, where he talked about his upcoming military enlistment. He also mentioned that he has been staying in touch with fellow Highlight member Yoon Doojoon, who is currently serving in the military.

During the programs, the hosts brought up Lee Gikwang’s military enlistment and asked if “Please Take Care of My Refrigerator” would be his final broadcast appearance before he enlisted. Lee Gikwang, who confirmed last month that he would be enlisting in April, replied, “Yes, according to my schedule, I think this should be my last variety show filming [before my enlistment].”

The hosts then asked whether he was still in contact with the Highlight members who were already serving in the military. “These days, I’ve been talking to Yoon Doojoon through video calls,” revealed Lee Gikwang, explaining that the military phones used by soldiers now featured video calling capabilities. “He video calls me often.”

When asked how Yoon Doojoon was doing, Lee Gikwang replied, “He’s doing great. He says he’s having a lot of fun, and he’s adjusted really well.” 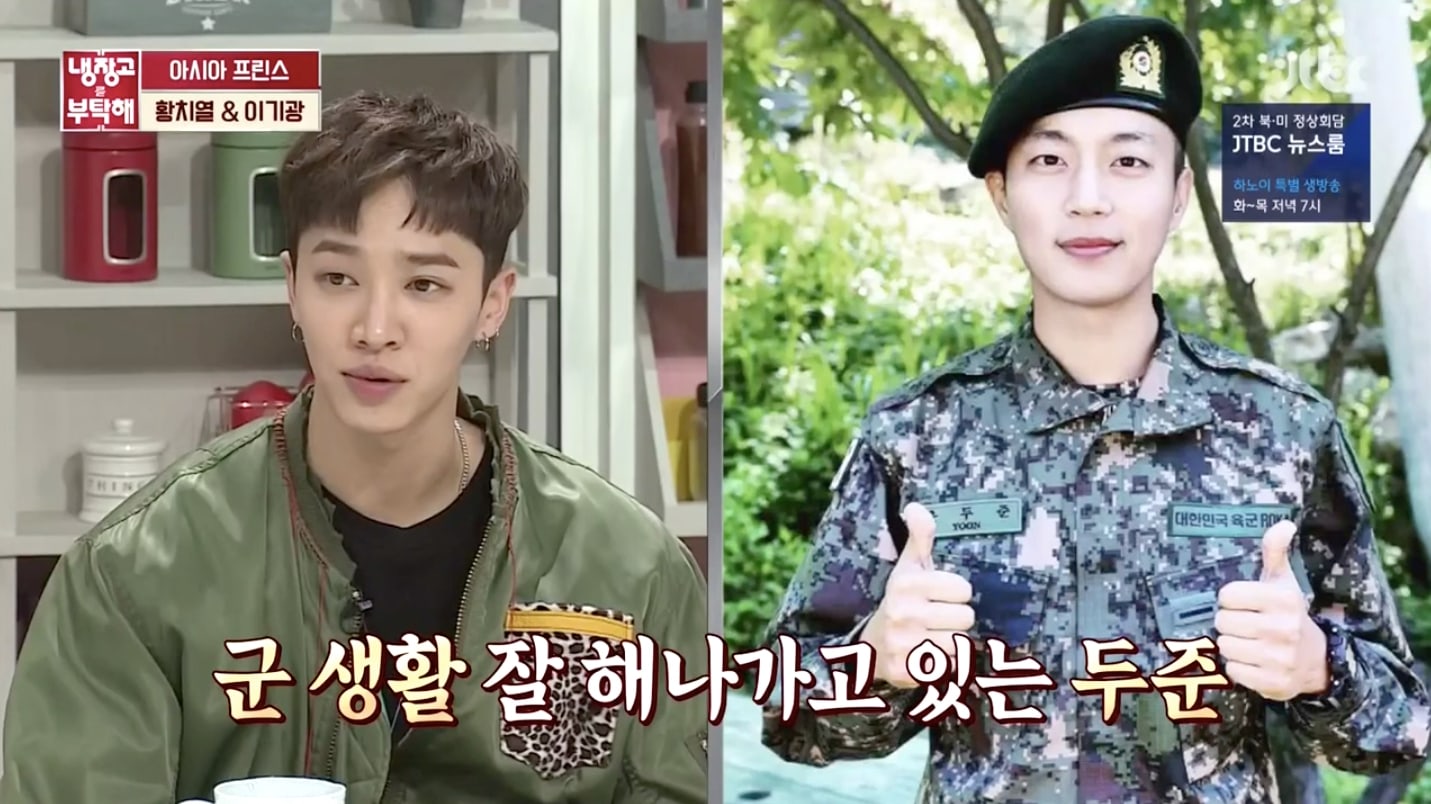 Fellow guest Hwang Chi Yeol mentioned that he had initially been worried about Lee Gikwang’s upcoming service, explaining, “When you enlist at an older age, there’s a physical fitness gap [compared to the younger soldiers]. But after seeing you today, I don’t think I need to worry at all. You look like you’re in your early twenties.” 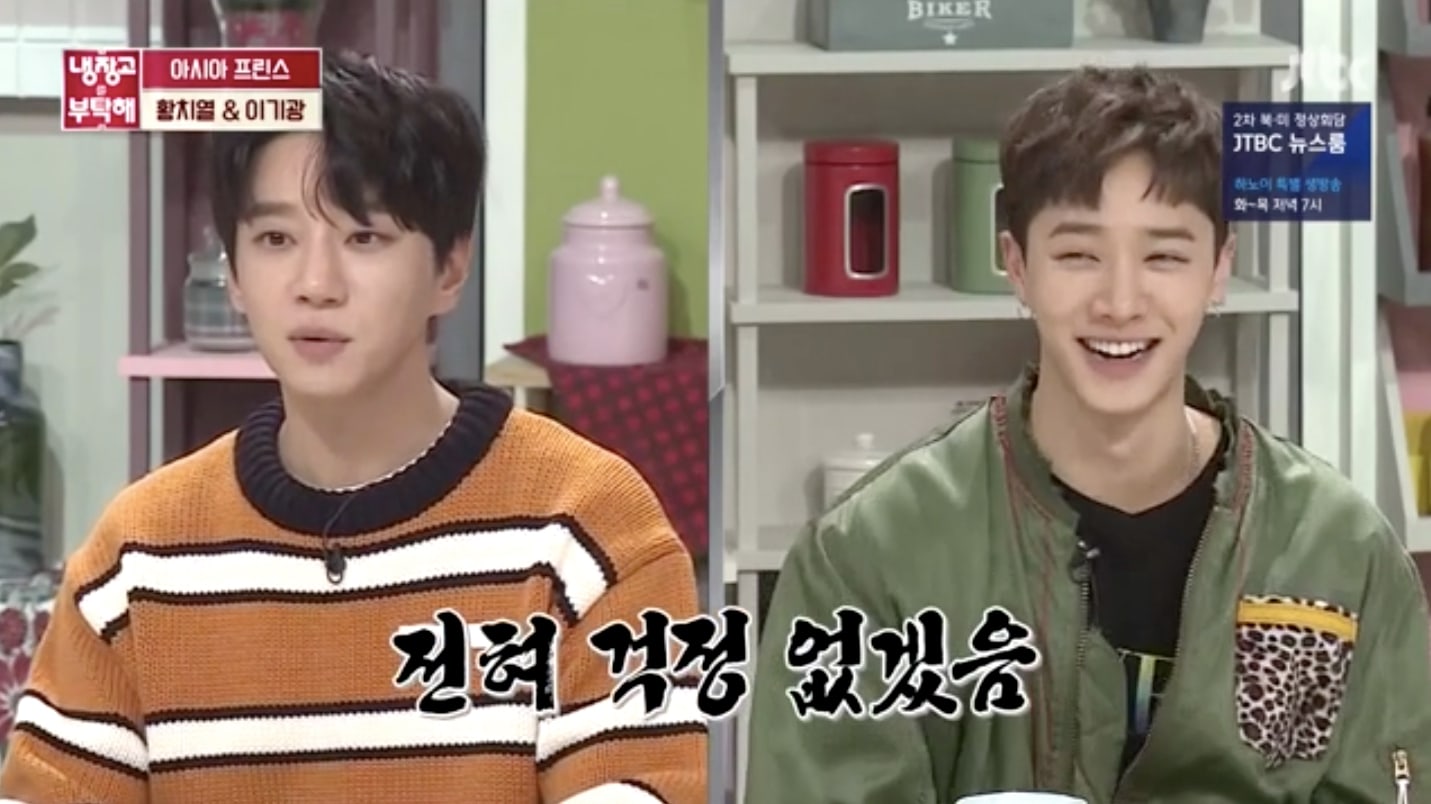 Lee Gikwang will be enlisting in the military on April 18, while Yoon Doojoon is currently scheduled to be discharged on April 20, 2020.

We wish both Highlight members all the best during their service!

Lee Gikwang
Please Take Care of My Refrigerator
Yoon Doojoon
Highlight
How does this article make you feel?