Exclusive: (G)I-DLE Talks About How Much They’ve Grown Since Debut At “I Made” Comeback Showcase

On February 26, Soompi had the chance to attend a press conference for the release of (G)I-DLE’s second mini album “I Made.”

This is (G)I-DLE’s first comeback in approximately six months since they released “HANN” in August 2018. After debuting in May 2017, they have proven their status as a rising girl group by winning the Best Female Rookie award at various year-end award shows, as well as winning on music shows with their two releases “LATATA” and “HANN.”

Their second mini album “I Made” consists of six songs including the title track “Senorita.” The group’s leader Soyeon wrote the lyrics for all of the songs and composed the music for every track except “Blow Your Mind,” which was written by Minnie. 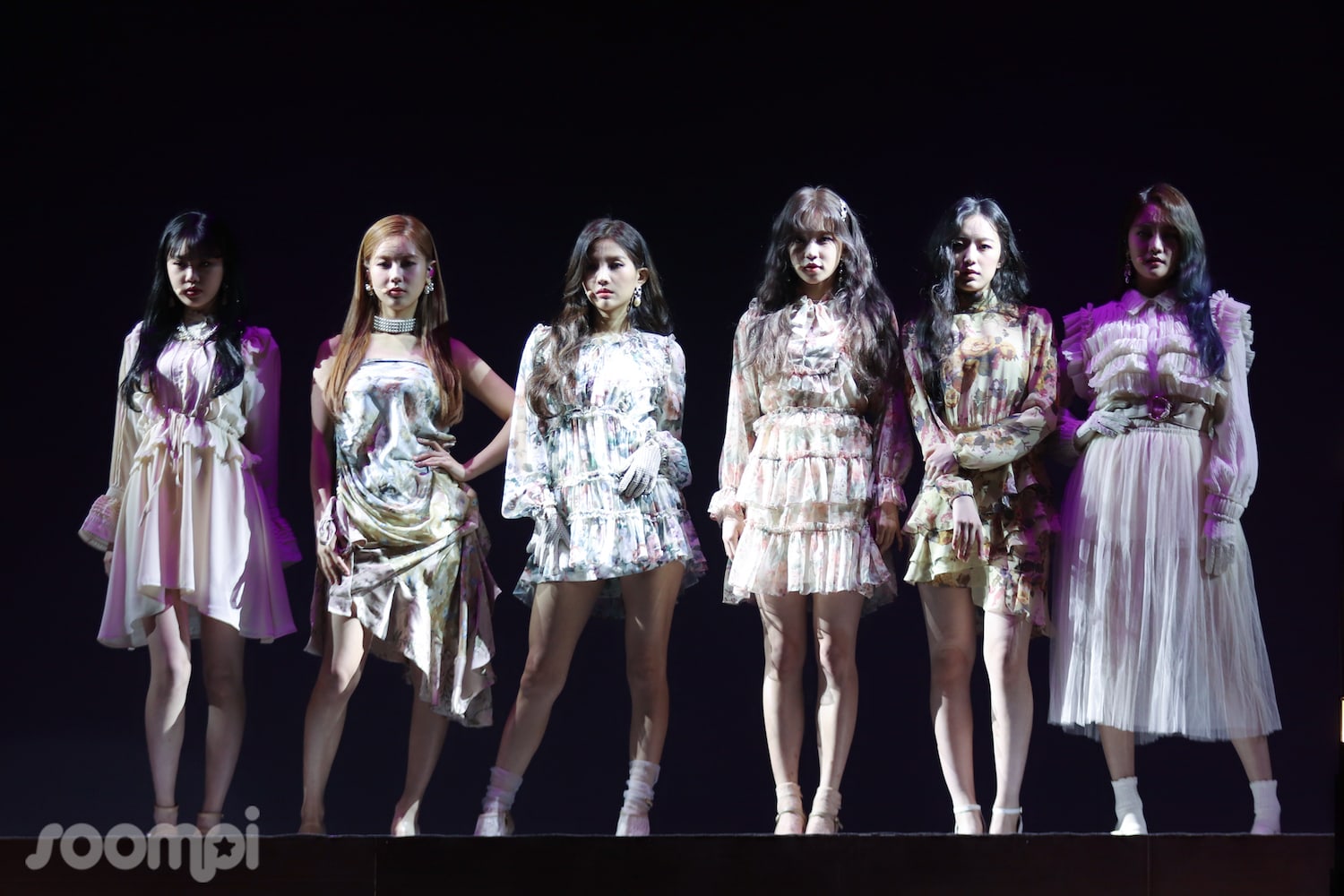 The showcase began with the group performing one of their B-side tracks, “Blow Your Mind.” After their seductive performance, the (G)I-DLE members greeted the press and answered some questions prepared by their host, comedian Jung Tae Ho. 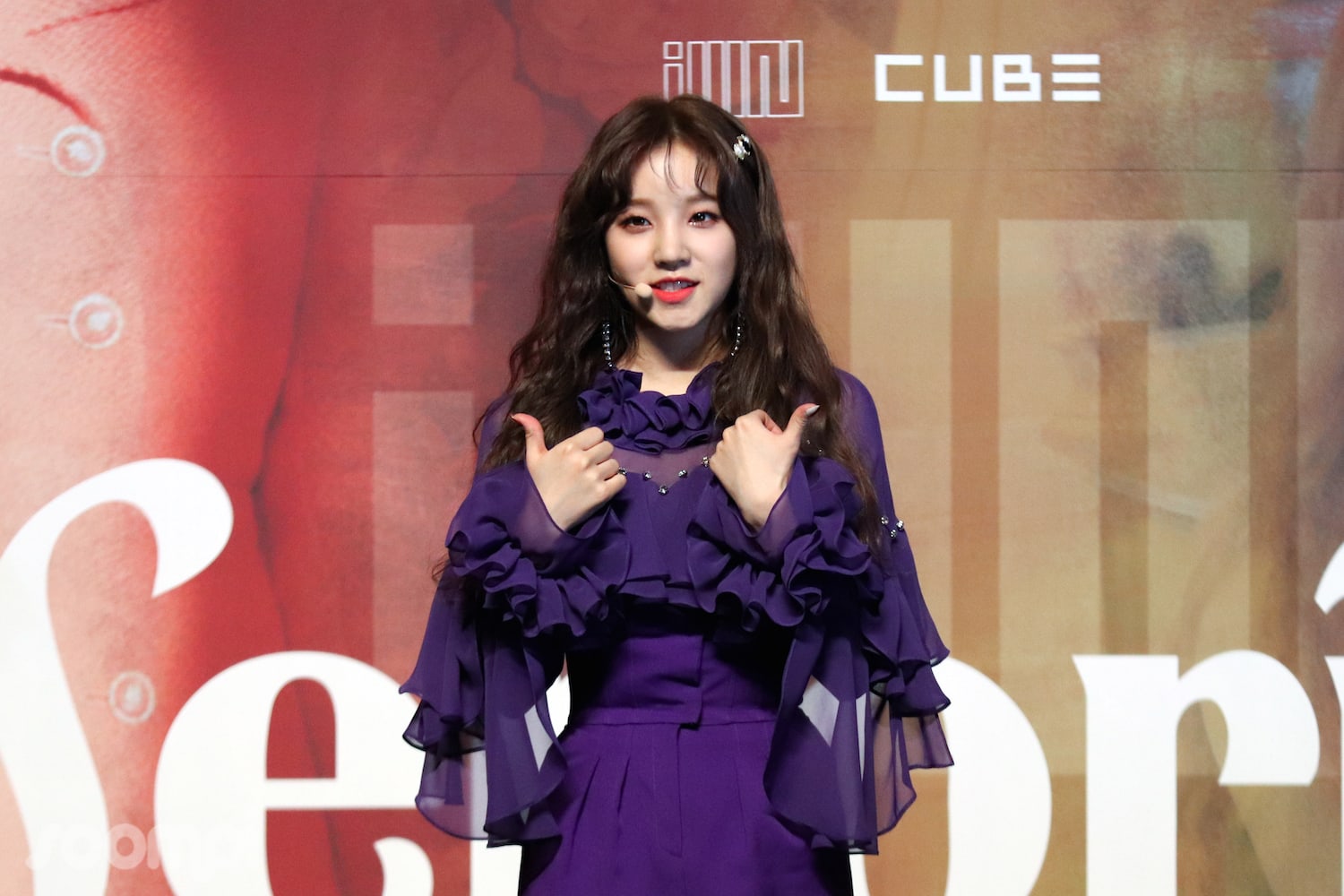 When asked to introduce her first self-composed song “Blow Your Mind,” Minnie said, “I am finally showing you a self-composed song. It is an R&B track that goes well with the charming voices of our members. I hope you enjoy it.”

Soojin explained the meaning behind the album name “I Made.” The (G)I-DLE member said, “In the previous album ‘I Am,’ we introduced ourselves [to the public]. But this time, we all participated in the album production. That’s why the album is titled ‘I Made.'” 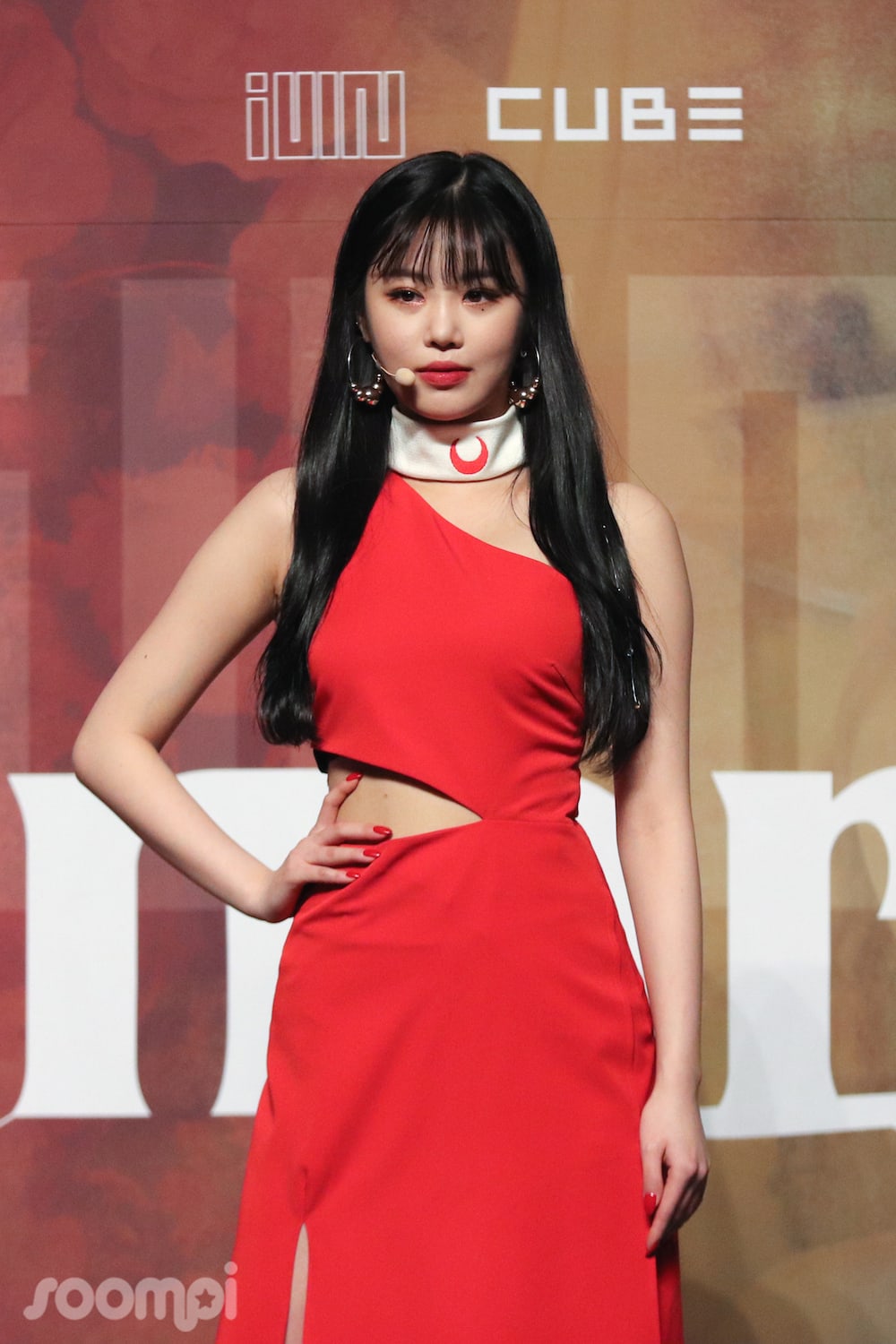 When asked to describe the title track “Senorita,” Soyeon said, “I would describe it as a song that presents the musical colors of (G)I-DLE. On the contrary to our previous tracks, ‘Senorita’ shows the group’s fiercest side.”

The members went backstage while the music video for “Senorita” played. Afterwards, the group reappeared on stage to perform the track in colorful outfits. They also posed for individual and group photos ahead of the interview portion of the showcase. 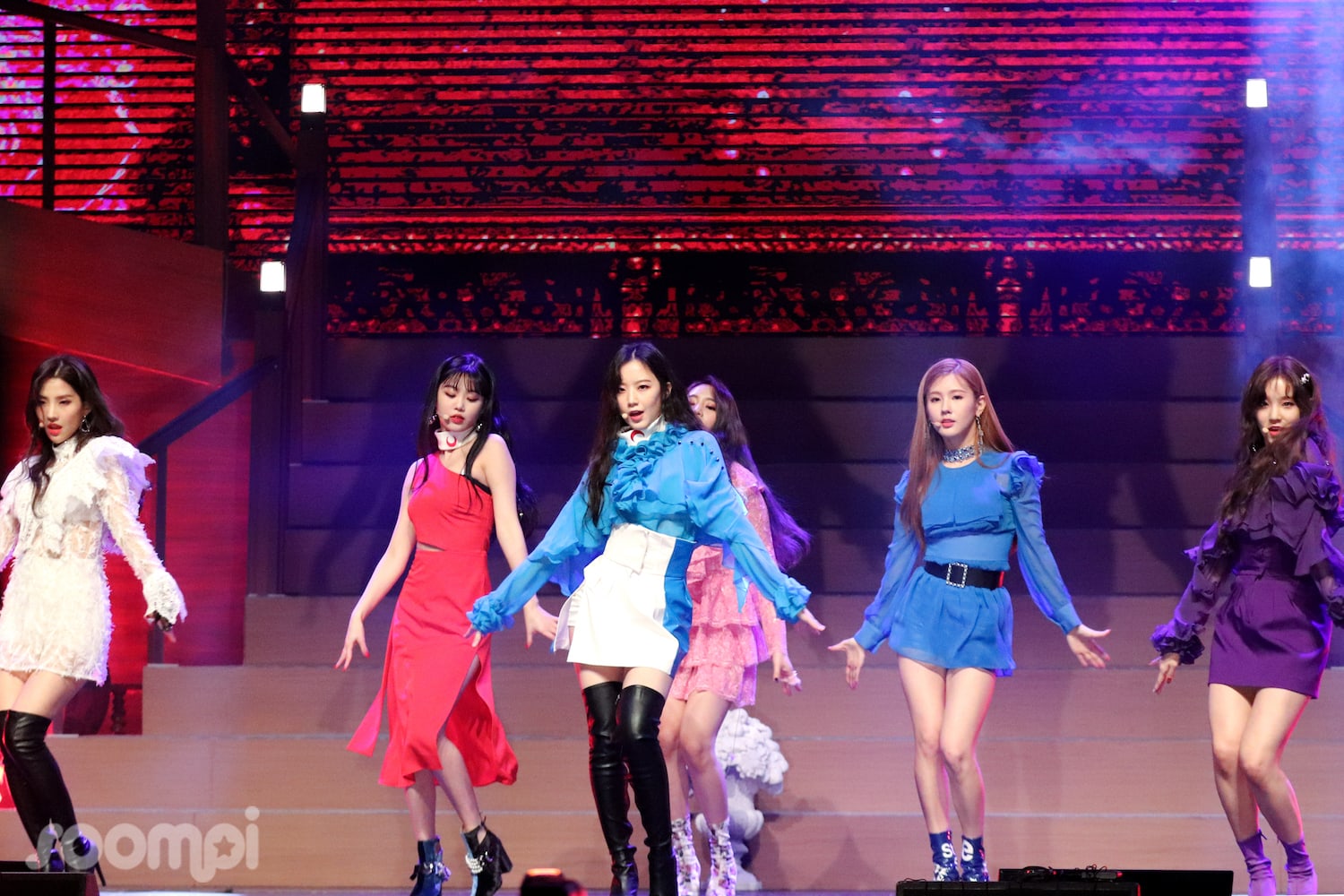 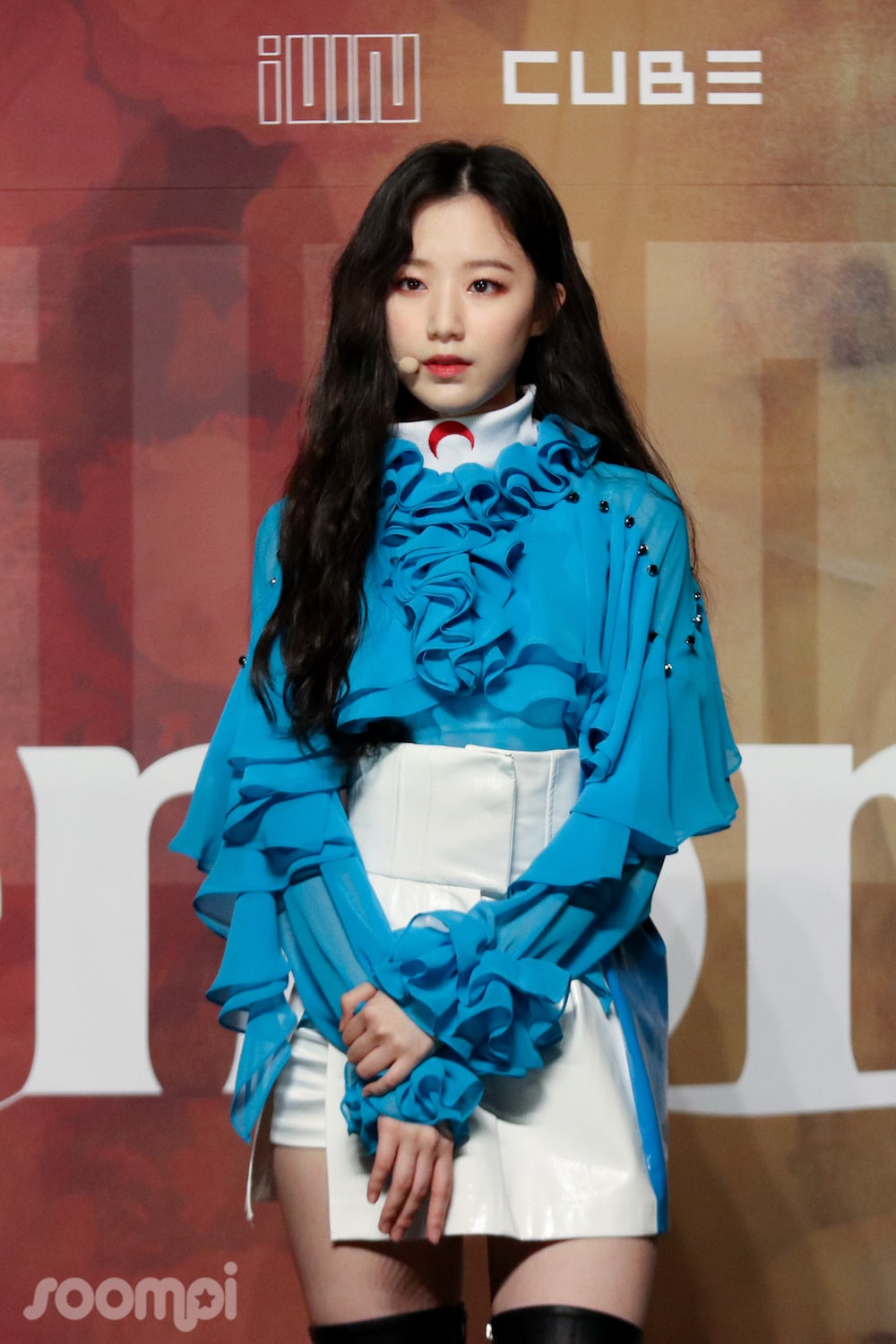 (G)I-DLE began the interview by sharing their thoughts on performing their title track for the first time. Miyeon said, “I was nervous because it was our first time performing ‘Senorita’ in front of other people. I hope you enjoyed it.” 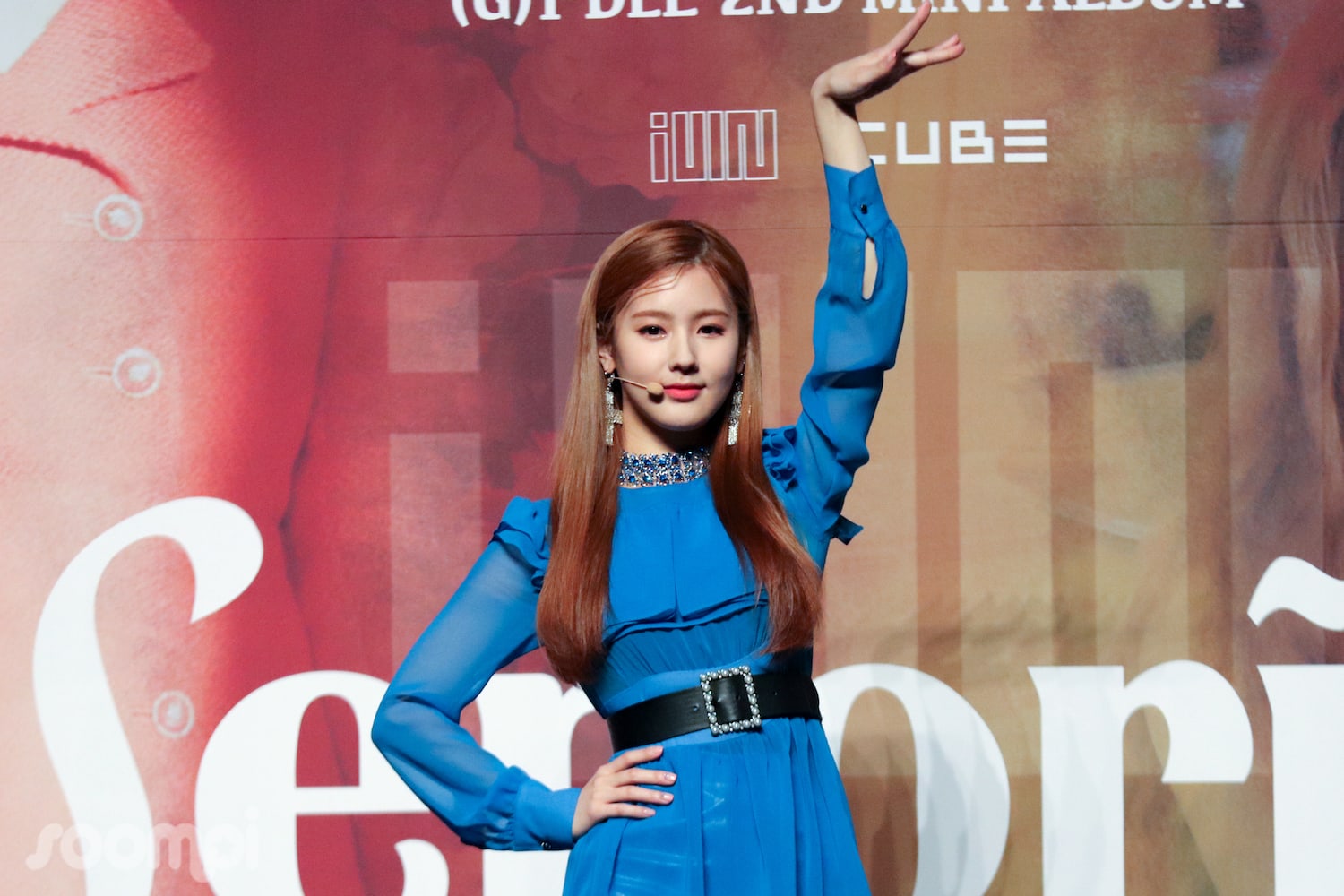 Soyeon added, “When I compose a track, I tend to start by thinking about a particular concept, color, and style. When I encountered the word ‘Senorita,’ I thought it would suit the images of our members well. That’s why I began writing this track.”

When asked about the reason for always composing tracks that deliver messages of confidence and women empowerment, Soyeon answered, “I personally find people more attractive when they are confident, and this doesn’t only apply to women.” 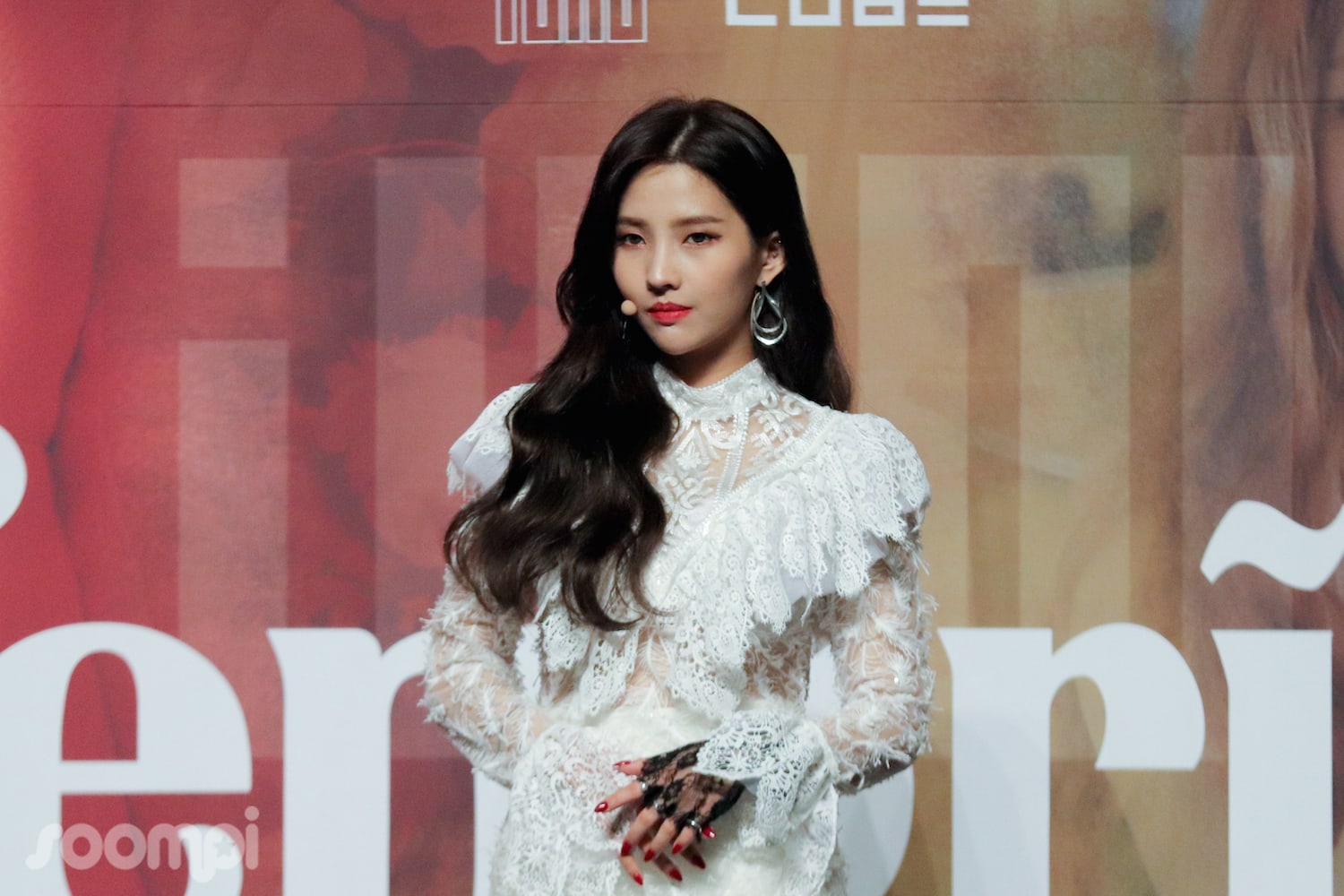 She continued, “Until now, the groups I’ve written tracks for always had a ‘girl-crush’ concept, so I wrote the tracks in accordance with their concept. Also, I think the most confident side of myself comes out whenever I’m composing tracks for (G)I-DLE.” 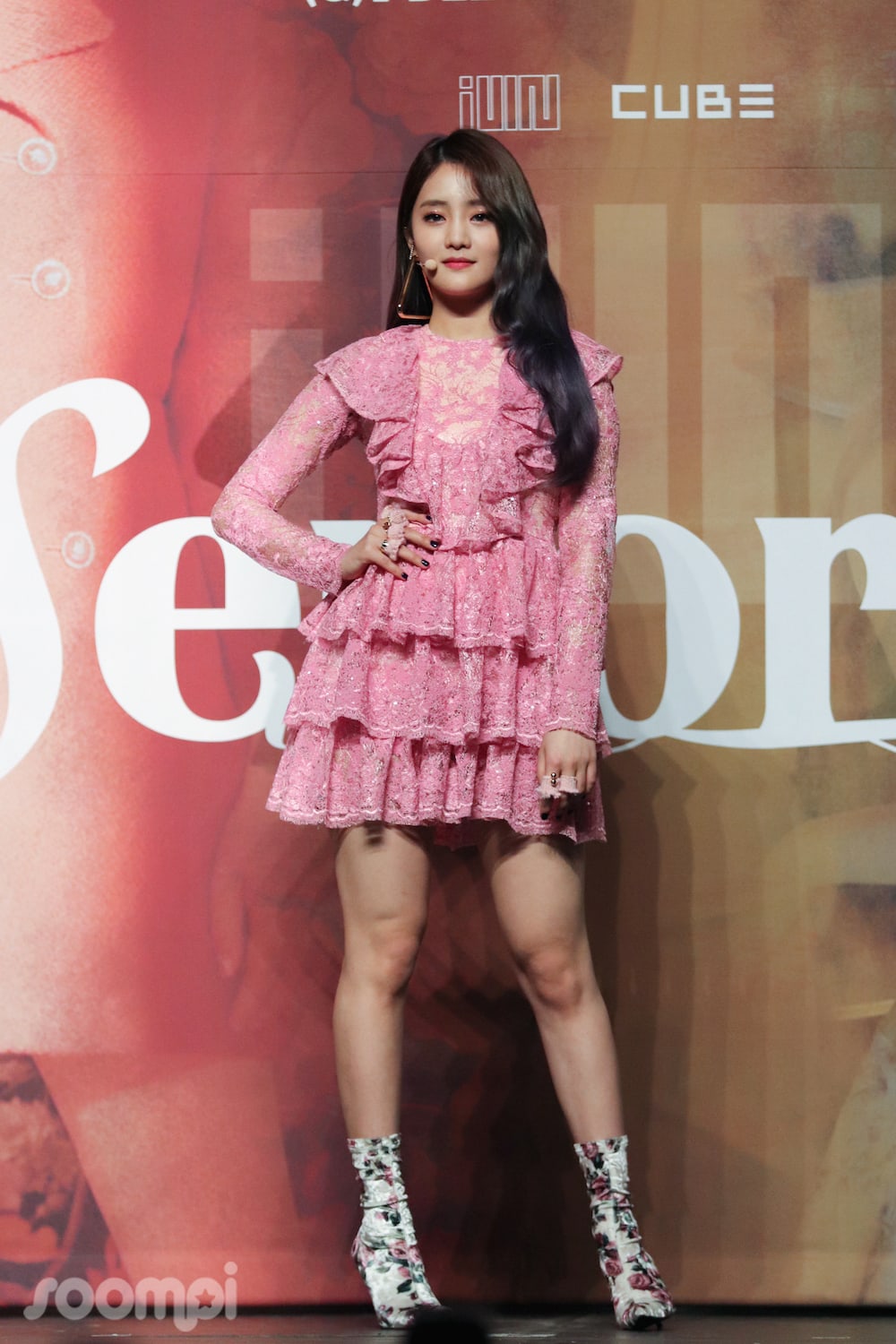 Soyeon also answered a question about the differences between a composer and a producer. The idol said, “I have been suggesting the direction I wanted to go with for the tracks since our first mini album. While that only applied to tracks in the past, I get to suggest directions for the whole album now. I think that’s the biggest difference.”

When asked about what the group hopes to achieve with “Senorita” promotions, Yuqi shared, “We have always wanted to top music charts with a track written by Soyeon. No one knows what is going to happen, but as long as we get to do the music we want, we don’t mind the results. We are just hoping for the best.” 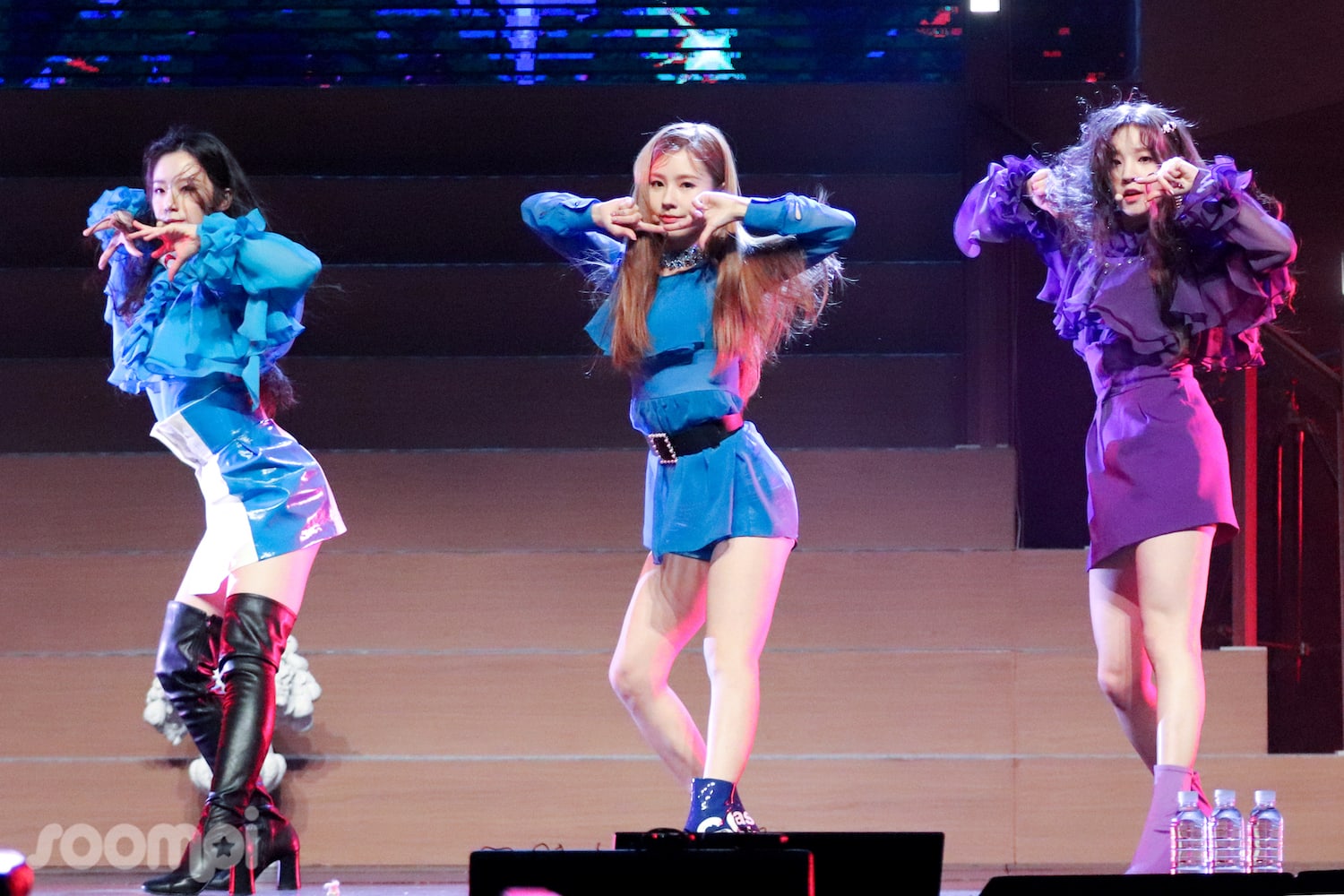 The girl group concluded the showcase by sharing their promises if they win on a music show. Soyeon said, “While working on the track, I was reminded me of the tango dance. If we win No. 1, we will upload a choreography video with tango dancers.”

(G)I-DLE
Soompi Spotlight
Soompi Exclusive
How does this article make you feel?