Rapper Cheetah will be appearing in her boyfriend Nam Yeon Woo’s film project.

On February 27, a source from C9 Entertainment (Cheetah’s agency) told HeraldPOP, “It is true that Cheetah will be appearing in the film ‘A Matter of Pressing Concern’ [literal translation].”

“A Matter of Pressing Concern” is a film that will be directed by actor-turned-director Nam Yeon Woo.

Cheetah had shared on “Video Star” that she was dating back in October 2018 and it was later revealed that her boyfriend was Nam Yeon Woo. She also talked about her boyfriend openly on an episode of “Happy Together.” 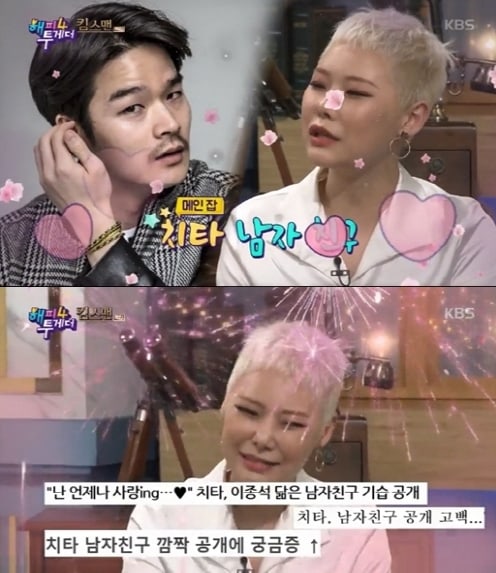 Cheetah
Nam Yeon Woo
How does this article make you feel?