On February 28 KST, Gaon Chart revealed its chart rankings for the week of February 17 to February 23. MONSTA X achieved a double crown this week, with their second studio album “Take.2: We Are Here” topping the album chart and their new title track “Alligator” debuting at No. 1 on the social chart.

Meanwhile, Hwasa swept all three digital charts with her solo debut track “TWIT,” taking No. 1 on the download chart, streaming chart, and overall digital chart for the week.

Congratulations to both MONSTA X and Hwasa!

New releases dominated this week’s physical album chart, with MONSTA X’s “Take.2: We Are Here” debuting at No. 1, followed by Yoon Ji Sung‘s “Aside” at No. 2, DreamCatcher’s “The End of Nightmare” at No. 3, and SF9’s “Narcissus” at No. 4. SHINee’s Taemin‘s solo mini album “WANT” rounded out the top five for the week. 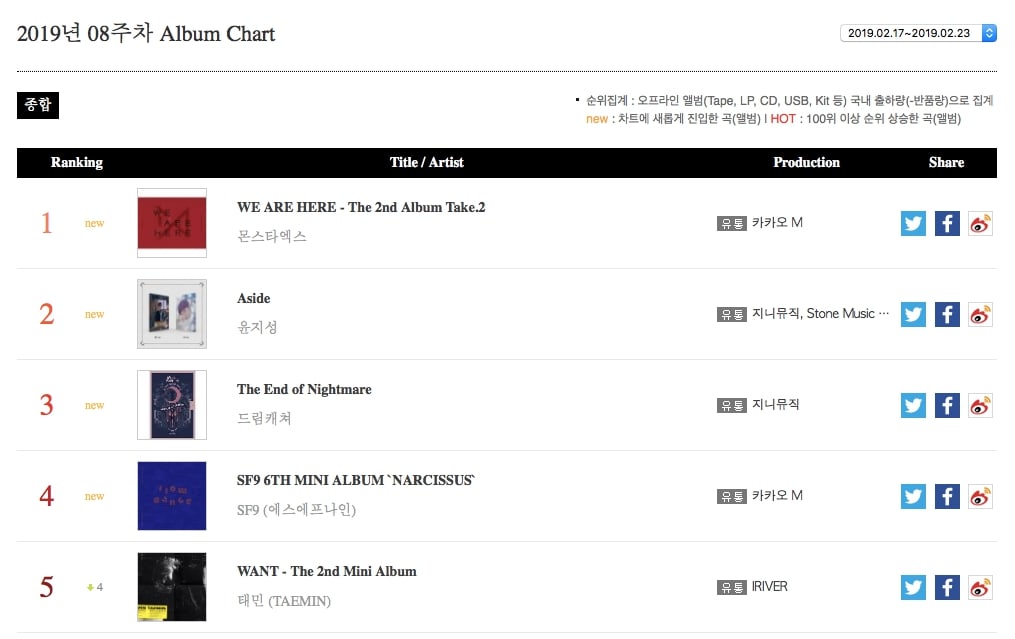 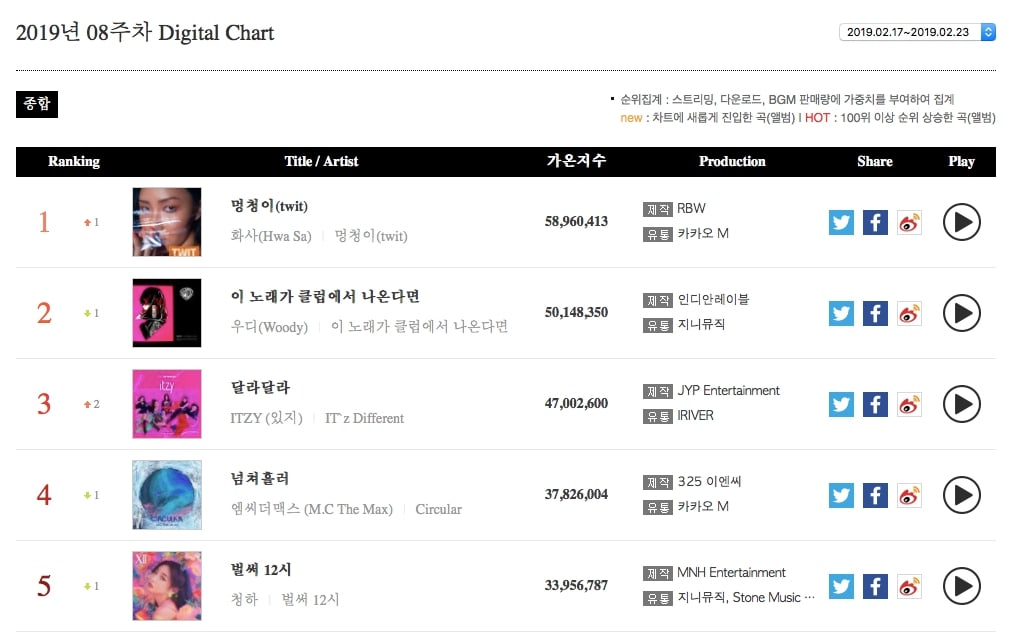 Hwasa’s “TWIT” and ITZY’s “DALLA DALLA” maintained their respective positions at No. 1 and No. 2 on this week’s digital download chart. N.Flying’s “Rooftop,” which has recently enjoyed an incredible surge in popularity, shot up to No. 3 on this week’s chart. Woody’s “Fire Up” stayed strong at No. 4, while Lee Sora and BTS’ Suga’s collaboration “Song Request” took No. 5 for the week. 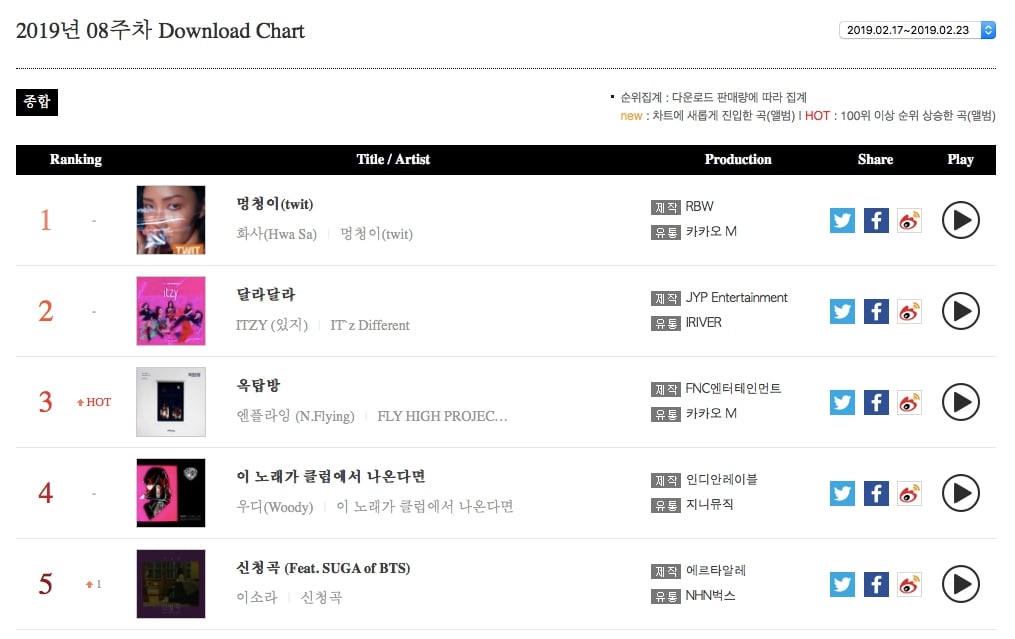 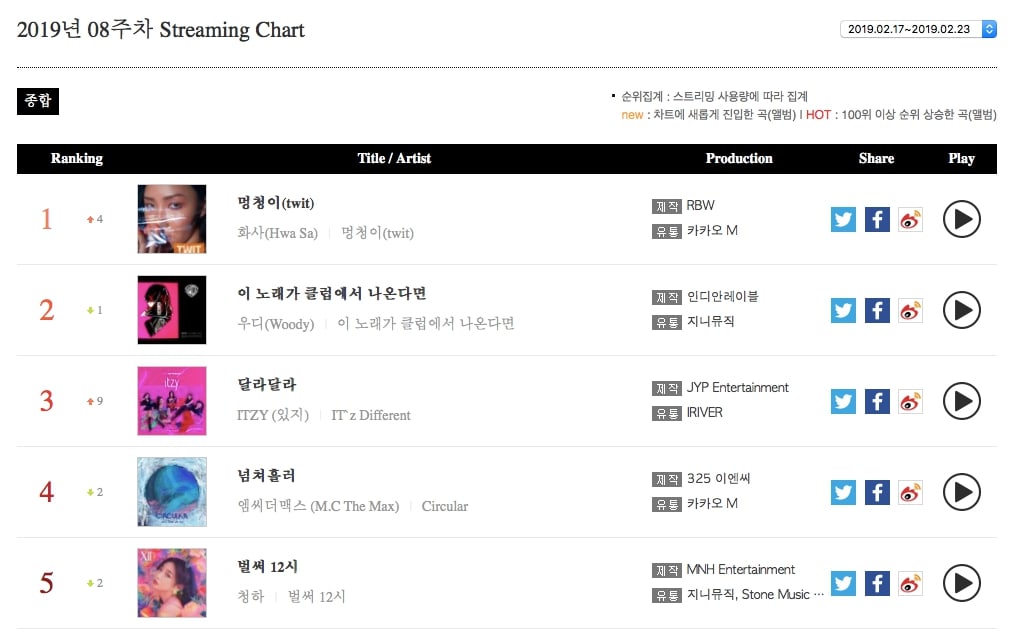 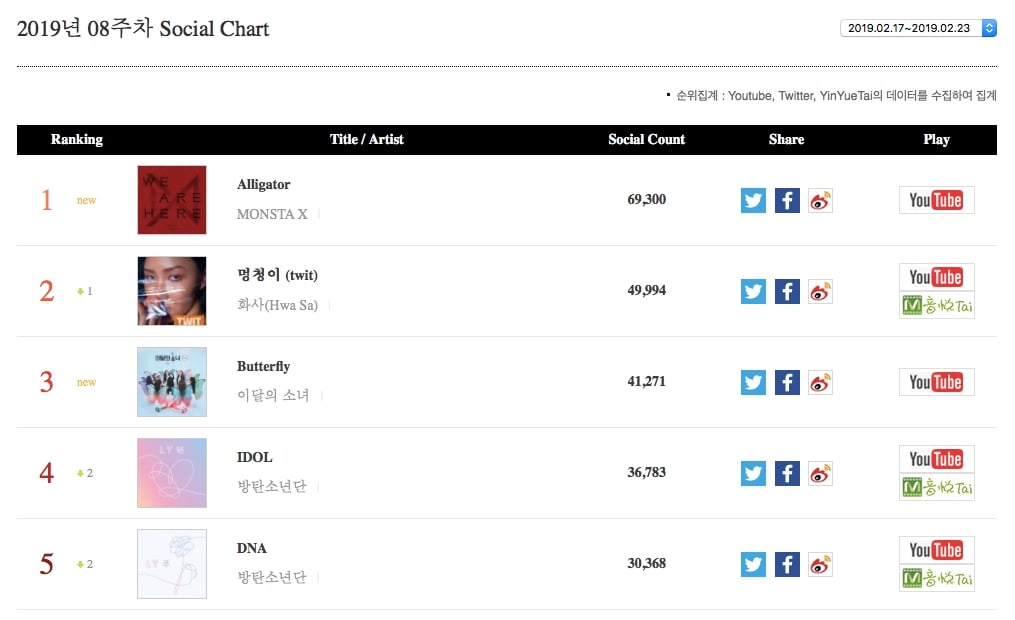