Last month, BTS announced their “Love Yourself: Speak Yourself” tour, which will feature shows in world-renowned stadiums in the United States, Sao Paulo, London, Paris, and Japan, with more reportedly to come.

Tickets for the five U.S. and European stadiums — which are the Rose Bowl Stadium in Los Angeles, Soldier Field in Chicago, Metlife Stadium in New Jersey, Wembley Stadium in London, and Stade de France in Paris — went on sale on March 1 local time, and sold out in impressive time. Notably, BTS became the 12th artist ever and the first Korean artist to sell out Wembley Stadium, and did so in just 90 minutes.

On March 2 local time, BTS announced additional concert dates for all five of these U.S. and European stadium venues, which can be seen on the Tour section of their website. For these new dates, tickets will go on sale on March 8 local time. 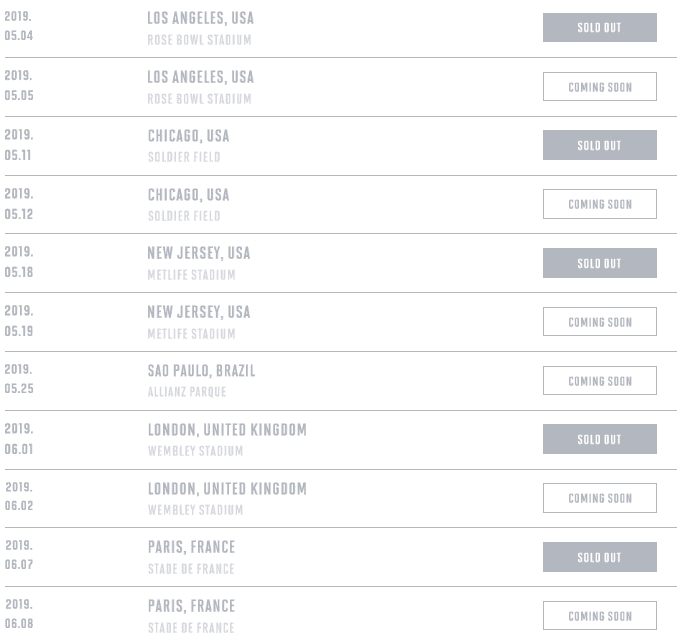 Tickets will go on sale at later dates for the group’s concerts at stadiums in Brazil and Japan.