With only the finale left for tvN’s Monday-Tuesday drama “The Crowned Clown,” the drama has released new stills that show things may not end in a happy ending for some.

“The Crowned Clown” tells the story of King Lee Heon (Yeo Jin Goo) employing clown Ha Seon (Yeo Jin Goo), who looks just like him, to take his place on the throne while he tries to uncover a plot to overthrow him.

The new stills that were released on March 3 show Ha Seon holding Lee Kyu (Kim Sang Kyung) in his arms. Episode 15 had Ha Seon facing off against Shin Chi Soo (Kwon Hae Hyo), Jin Pyung Goon (Lee Moo Saeng), and Queen Dowager (Jang Young Nam) to protect his people. In the ensuing chaos, Lee Kyu was kidnapped by the opposing forces, and he rushed at Lee Moo Saeng, willing to give his life. He was unfortunately hit with a fatal wound. 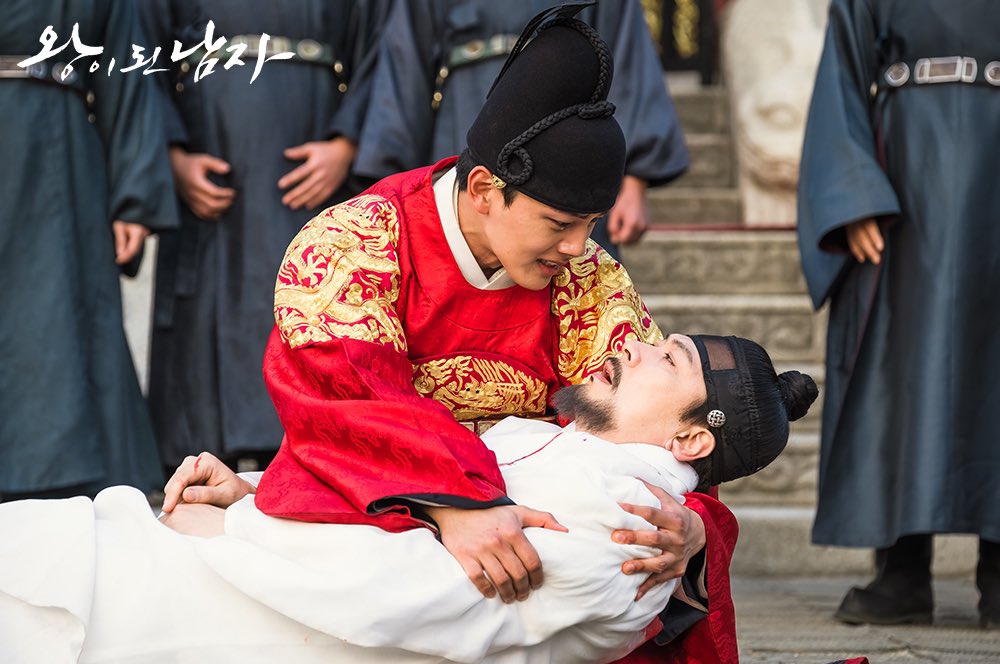 The new stills show the aftermath, as Ha Seon holds Lee Kyu in his arms and sobs. He holds tightly onto Lee Kyu hand, unable to take his eyes off of his loyal subject. They seem to have gone beyond their relationship of king and subject, more like a son and his father.

The fate of Lee Kyu, as well as whether Ha Seon will be able to protect the throne thanks to Lee Kyu’s sacrifice, will be revealed in the final episode of “The Crowned Clown,” which will air at 9:30 p.m. KST on March 4.

Kim Sang Kyung
The Crowned Clown
Yeo Jin Soo
How does this article make you feel?