The members of “2 Days & 1 Night” recently revealed their unique promises for different goals!

On the March 3 broadcast of the KBS 2TV variety program, the cast members made their way towards the National Youth Space Center after spending some time at Goheung County, where the Naro Space Center was established.

While on their way to the space center, Kim Jong Min and Cha Tae Hyun both promised to immerse themselves in a body of water if Koyote and Brave Hong Cha were able to win on a music show, respectively. 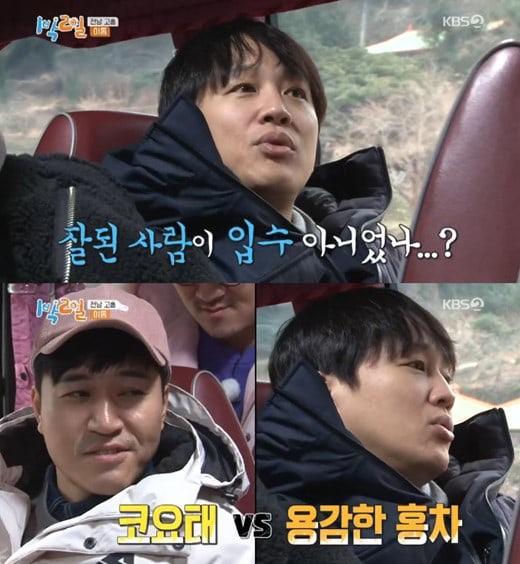 Jung Joon Young in turn responded, “If Defconn announces that he’s in a public relationship, I’ll jump in the water,” causing everyone to burst out laughing. Kim Joon Ho raised the stakes as he commented, “If Defconn publicly dates, I’ll climb the Annapurna,” referring to the trek within the Annapurna mountain range of central Nepal. 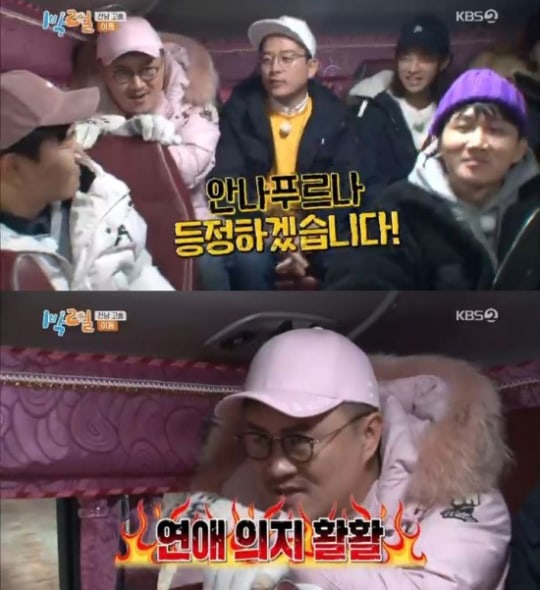 After hearing everyone’s promises, Defconn jokingly showed his determination to enter into a relationship as he remarked, “I’ll have to send them.”