The actress appeared as a guest on the March 3 episode of the variety program and joined the two MCs and panel of celebrity moms on the set.

During the show, MC Shin Dong Yup asked Han Ye Seul if she ever confessed her feelings first. In response, Han Ye Seul remarked, “I express my interest in the person I like and even ask for their number first. I can be the one to ask them out on a date, too.”

The actress then stated that she felt happiest when dating. She said, “You become happy as you love, and you feel alive. You also begin to have a sense of purpose.” After completing her romantic commentary, Han Ye Seul vaguely added, “It was like that,” turning her statements into the past tense. 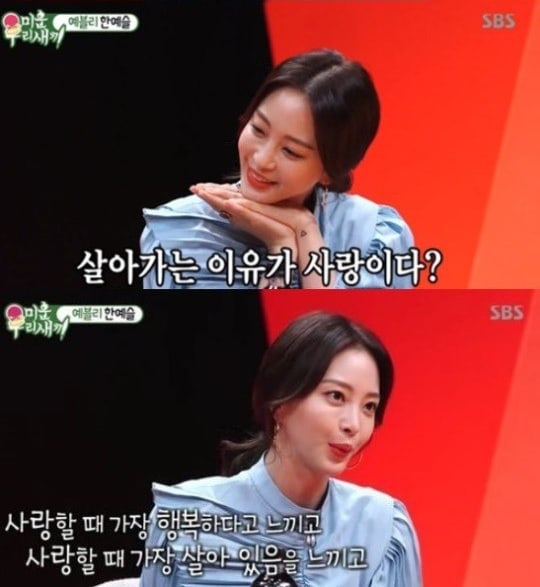 Check out an episode of “My Ugly Duckling” below!