Given that they made their debut on August 2, 2017, ONF is still relatively new to the K-pop scene. But this rookie group is starting to prove itself as a real powerhouse, with not only high-quality singles, music videos, and choreographies, but also an incredible range of talent. ONF, which stands for “On N Off,” is a seven-member group under WM Entertainment that consists of Hyojin, E-Tion, J-Us, Wyatt, MK, U, and Laun. And we’re here to tell you why you should be tuned in to this talented group of guys — and maybe even join the Fuse fandom yourself!

First and foremost, ONF has proven that they are right up there with the best in terms of musical quality. Their debut track “ON/OFF” and follow-up single “Complete” were both underrated bops, but they stepped it up even more with their recent release “We Must Love,” the title track off of their third EP. Dramatic, catchy, and musically interesting, the song is one of the best releases of 2019 so far — and if that sounds like a bold claim, just take a listen!

It’s one thing to produce lit singles, but another to craft entire albums that are filled with high-quality songs; not every K-pop group shows great depth beyond their title tracks. But ONF has managed to do some pretty cool stuff on the three EPs they’ve released so far, providing several hidden gem B-sides for our enjoyment. “Fly Me To The Moon” is one of these:

And the group has continued to show their growth and artistry with the “We Must Love” album, which plays with the theme of time warp, presenting five songs that tell a story in reverse chronological order. The EP further shows their versatility in their ability to experiment with some fresh and diverse sounds, like the Latin-flavored “Yayaya”:

3. Two teams for double the concepts

ONF’s unique group concept is built around the idea of having two teams: the ON team and the OFF team. True to its name, the ON team has a bright image and specializes in vocals, while the OFF team is focused on charisma and strong dance performances. The ON team is led by Hyojin and includes E-Tion, MK, and Laun, and the OFF team is led by J-Us and includes Wyatt, U, and Laun. Maknae Laun represents the “N”, and is a part of both teams. The cool thing about this duality is that it gives the group diverse and contrasting qualities, allowing them to crush multiple concepts, from cute and youthful…

To mature and sexy:

And we can’t wait to see what else they’ll pull off next!

Of course, great songs and concepts can only go so far, and thankfully ONF brings an abundance of talent to their music. Just listen to their live cover of Michael Jackson’s “Man In The Mirror,” and prepare to swoon!

And as if that weren’t enough, their dance talent also speaks for itself, and they can perform a variety of styles with finesse, flawlessly matching SEVENTEEN’s fluidity, MONSTA X’s power, and Taemin’s sensuality:

In fact, their skills are starting to gain appreciation on a larger scale: all seven members were contestants on survival reality show “MIXNINE,” with Hyojin placing second (after being selected as the male center for their first performance mission, “Just Dance“) and Laun placing seventh overall. Just take Zion.T’s word for it: 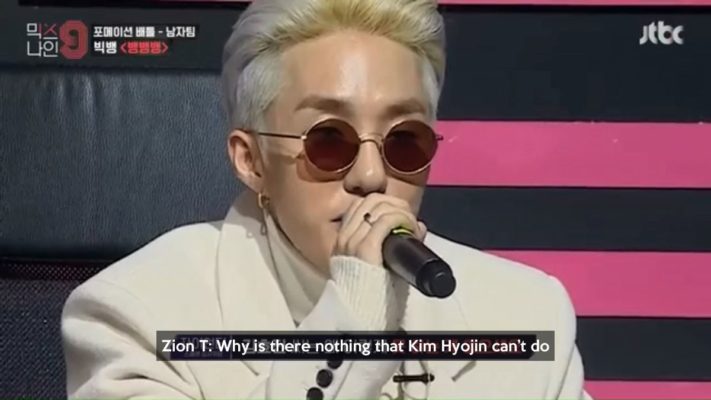 Choreography is an essential part of a hit K-pop track, and ONF’s moves have been consistently impressive for their title tracks and B-sides alike — and they’re only getting better. The choreo for “We Must Love” further adds to the album’s time warp concept by incorporating elements that depict time. It’s powerful, sexy, and a perfect complement to the song!

Finally, as if they didn’t have enough going for them already, the guys of ONF are charismatic, funny, goofy, cute, and everything in between. Whether they’re dancing to girl group hits…

Or being extra AF for this CF:

They’re easy to fall for! ONF is the full package, and we’re definitely going to be watching them closely to see what they come out with next!

Soompi Spotlight
ONF
How does this article make you feel?