“Romance is a Bonus Book” tells the story of Kang Dan Yi (Lee Na Young) and Cha Eun Ho (Lee Jong Suk), two people who have known each other for a long time and who are going from just being friends to in a relationship. Their story becomes even more complicated as Kang Dan Yi lied on her resume in order to get hired at the publishing firm headed by Cha Eun Ho.

The previous episode followed the fallout of everyone finding out that Kang Dan Yi had put false information on her resume to be hired as companies had often rejected her in the past for being overqualified. Though Cha Eun Ho tried to stand up for her, a dilemma arose as many didn’t feel it fair to change the company’s rules on hiring new employees just for one person. Though it appeared that Kang Dan Yi would continue to work at the firm with Cha Eun Ho backing her up, she handed in her resignation while Cha Eun Ho was away.

Though her work life may be in disarray, the bond she shares with Cha Eun Ho is stronger than ever. The new stills show the couple enjoying a date at home as they read comic books on the couch and cuddle. Cha Eun Ho refuses to leave Kang Dan Yi’s side, and the two end up falling asleep in each other’s arms. 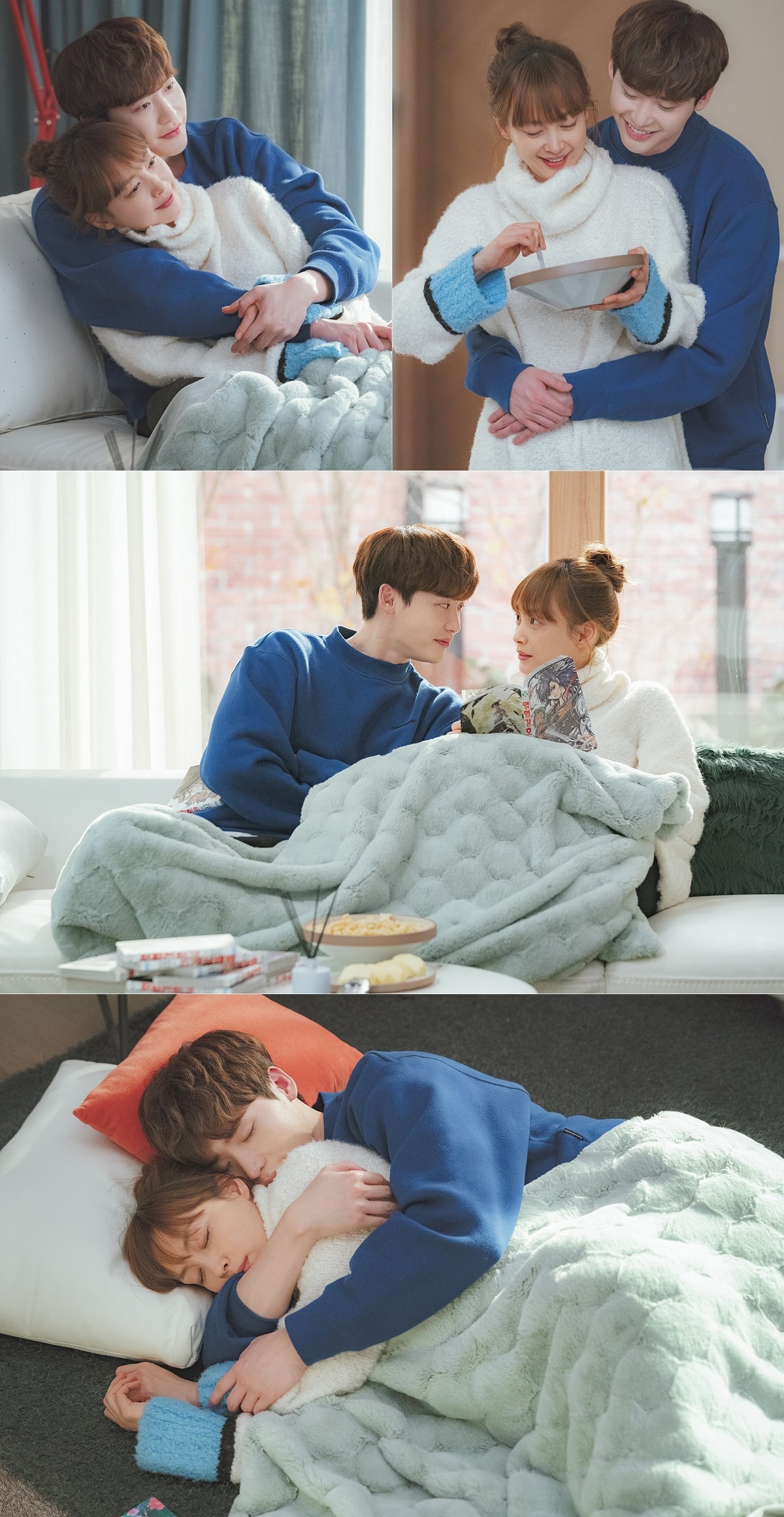 The upcoming episode will follow Cha Eun Ho as he does his best to cheer Kang Dan Yi up. Though he can’t make her stay at the publishing firm, he will do his best to fill her day with happiness and laughter. Kang Dan Yi is set to throw herself back into a job hunt, but this time she has the love and support of Cha Eun Ho to help her.

The production staff stated, “Kang Dan Yi and Cha Eun Ho’s love continues to grow stronger as they face adversities. They are each other’s rock, and they will keep bringing warmth to viewers. Changes are on their way for the characters.”

The upcoming episode of “Romance is a Bonus Book” is set to air on March 10 at 9 p.m. KST.