After recently wrapping up his latest drama “The Crowned Clown,” Yeo Jin Goo sat down for an interview to talk about his career.

tvN’s “The Crowned Clown” ended earlier this month amidst positive reviews and high viewership ratings. Although the drama was based on the popular film “Masquerade,” critics praised the show for successfully creating its own character and story.

While talking about his experience filming the drama, Yeo Jin Goo said, “I analyzed and researched my character a lot, but I also relied a lot on director Kim Hee Won and my more experienced co-stars during filming. On set, director Kim and the senior actors helped me a lot so that I could stand on my own. At first, I was scared because I wondered if it was okay for me to act as freely as I wanted. But as I continued to do so, I gained lots of self-confidence and became ambitious about portraying my character in a different way. I felt myself changing on set.”

When asked how he had noticed his own growth as an actor, Yeo Jin Goo replied, “Until now, I think I avoided the responsibility and fear of having to take on a role alone as an actor [without the help or input of others]. But now I’ve realized that no matter how scared, confused, and unsure I am, I need to work hard to find the correct answer on my own. I also realized that it’s part of an actor’s job to persuade the director about things that I feel certain of. I think that I’ve developed my own style, certainties, and will. If I hadn’t done that, I think I would’ve portrayed [my character] Ha Sun in an uncertain way. In order to portray the character of Ha Sun, I had to have self-certainty.”

He added, “I think that it was only possible for me to stand my own because the director watched from afar during filming, after giving this role to a young actor like me.”

However, Yeo Jin Goo mentioned that he had some regrets about his portrayal of his character, because he hadn’t been able to act with complete confidence from the very beginning.

The actor recently confirmed his appearance in the upcoming drama “Hotel del Luna” (literal title), in which he will be starring alongside IU as an elite hotelier. “It’s mostly thanks to ‘The Crowned Clown,'” explained Yeo Jin Goo. “I had a changed look and attitude about acting, and I didn’t want to rest. People around me suggested that it might be better for me to rest before starting my next drama, but I didn’t think it was the right time to be resting. I don’t want to lose the emotions that I feel while acting right now, so I’m thankful [for the opportunity].” 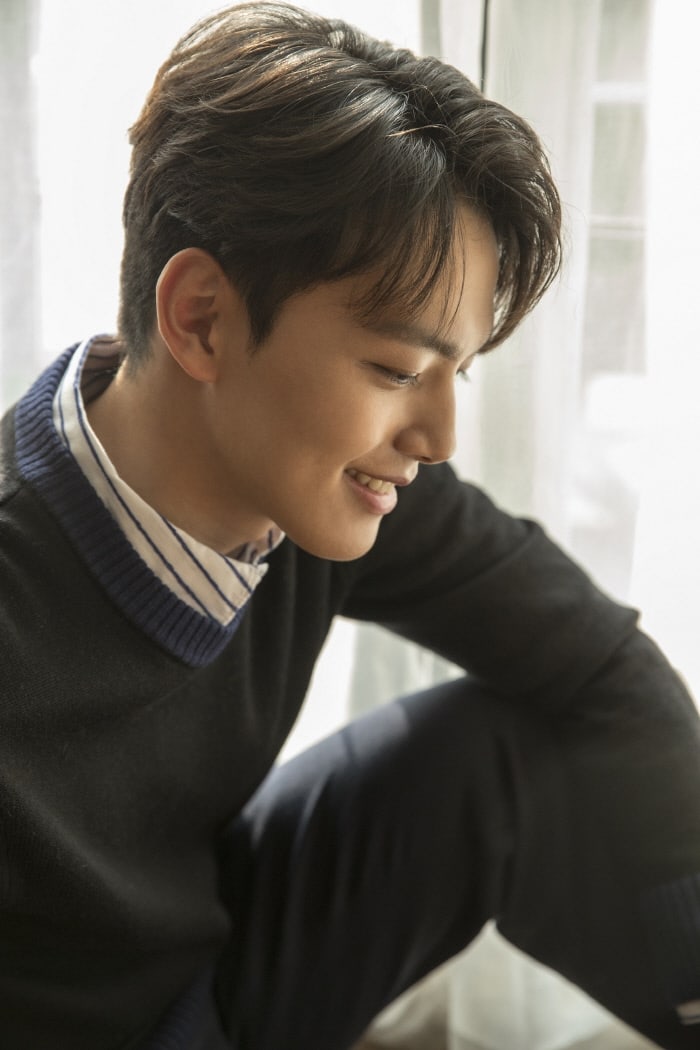 Yeo Jin Goo began his career as a child actor and has taken on many challenging characters since, including a villain in “Hwayi: A Monster Boy” and a dual role in “The Crowned Clown.” Yeo Jin Goo stated, “I’m the type to get out of character right away [after wrapping up a production]. I was a minor when I filmed ‘Hwayi: A Monster Boy,’ and people were worried that the character might negatively impact my emotional state. It’s important for an actor to fall into character and immerse himself in his role, but many people advised me that it’s also important to separate yourself from your character. I’ve been trained [to do it] since I was young, so I don’t have trouble getting out of character.”

Yeo Jin Goo concluded the interview by revealing his goals both as a person and as an actor. “I want to become an actor who can fit naturally into any project, without any limitations on genres,” he said. “Even if an actor personally wants to become like that, it’s not easy, because we have to be evaluated by viewers. For now, I want to continue acting in a variety of roles and genres. If I don’t grow now, I think that I might become stuck in a certain genre, so I want to break out of that.”

He added, “The genres that I find most difficult are projects that give off a bright, cheerful energy like comedies or romantic comedies. I feel somewhat confident about roles that carry some weight, but I find it difficult to play roles that give people external energy. It’s a genre that I fear, but I also feel ambitious about wanting to pull off the genre well. That was a big factor in my decision to choose fantasy drama ‘Hotel del Luna’ as my next project.”

If you haven’t already seen it, watch Yeo Jin Goo in “The Crowned Clown” below!