Korean drama and music fans often feel a mix of emotions when their favorite idol or actor enlists in the military as it is mandatory for all Korean men at one point in their lives. There’s grief in not being able to watch them or follow their activities — but then there’s hope knowing that soon we’ll be seeing them again in more exciting projects. This is true for Lee Jong Suk, one of Korea’s most recognized actors with legions of fans all over the world.

Absence makes the heart grow fonder as they say, and while we may not be seeing him for a while, we’re comforted with the thrill of his return and look forward to what he will show us next. But for now, here are ways to cope with our separation blues from Lee Jong Suk:

Watch his most memorable dramas

When it comes to choosing his roles, Lee Jong Suk sure knows what’s best. He has a wide array of dramas that brought us to tears, laughter, love, hate, and everything in between. He’s done so many unforgettable dramas to mention in one post, but the good thing is, we’ll have enough material to keep re-watching to tide us over until he returns!

Even though he didn’t play a big part in “Secret Garden,” he captured our attention as the cold yet talented musician who added an interesting side story.

We all know that he is almost perfect in every way, and he showed this in “W,” where he played an incredibly smart, athletic, rich, and handsome comic character come to life from a parallel universe.

He’s literally a great example of “duality” when it comes to switching personalities. That’s what makes him lovable in “While You Were Sleeping.” On the outside, he plays a respectable prosecutor, but when he’s at home and alone, he’s clumsy, outgoing, and a bit self-absorbed. 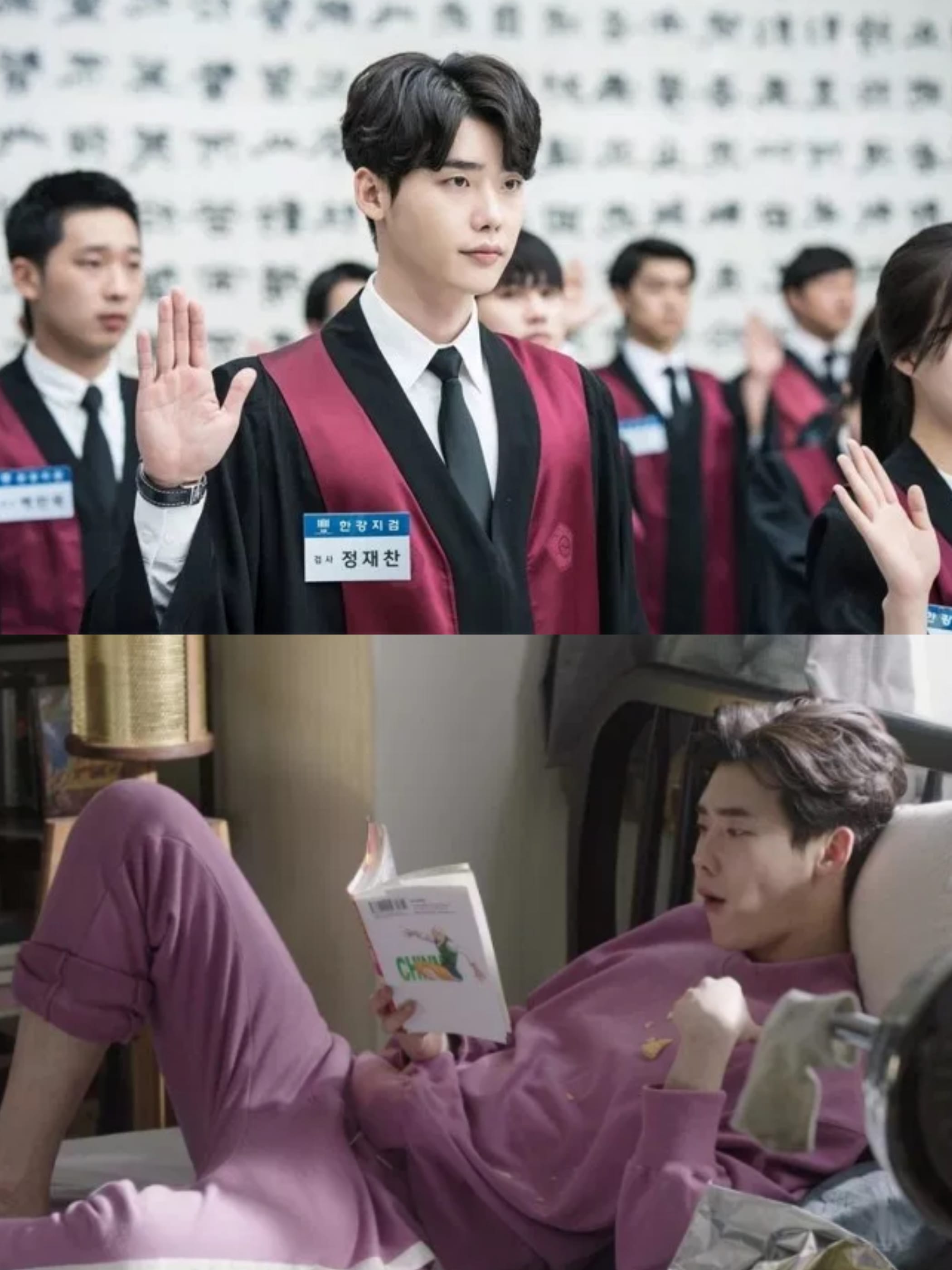 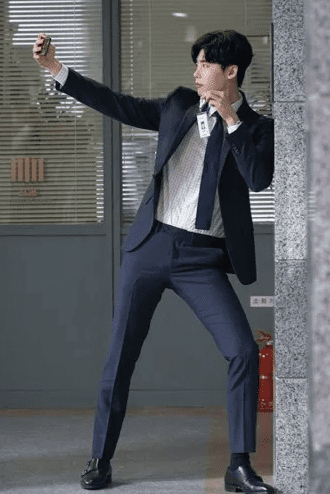 Start watching “While You Were Sleeping”:

And he can save lives and make you laugh and smile (which is sometimes the best cure) in “Doctor Stranger.” 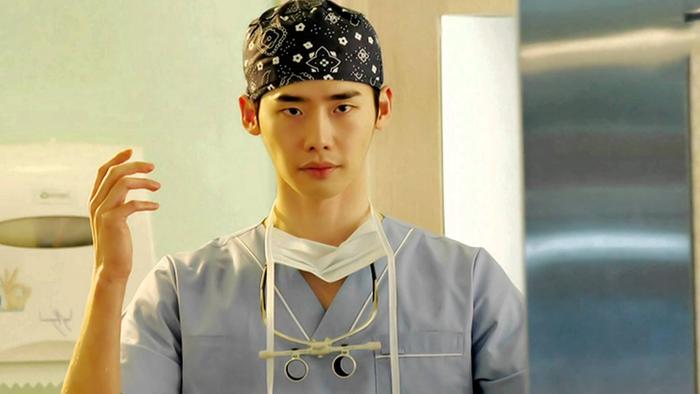 Reminisce on his best drama partners and on-screen kisses

Lee Jong Suk has the ability to make viewers (and probably his leading actresses) go weak in the knees and make their hearts throb with his sweet, intense kisses. Yes, sometimes it involves food.

The toast kiss in “Pinocchio”

The tteokbokki kiss in “Romance Is a Bonus Book”

A holding room in prison may not be an ideal place for a kiss but that didn’t stop Oh Yoon Joo (Han Hyo Joo) and Kang Chul from sharing a kiss in “W.”

A surprise kiss in “I Hear Your Voice”

An emotional kiss in the rain in “While You Were Sleeping”

Well, they weren’t a couple in a drama but Lee Jong Suk and Kim Woo Bin‘s bromance in “School 2013” is definitely unforgettable.

Aside from dramas, Lee Jong Suk also lent his acting powers in some music videos that you may have missed. 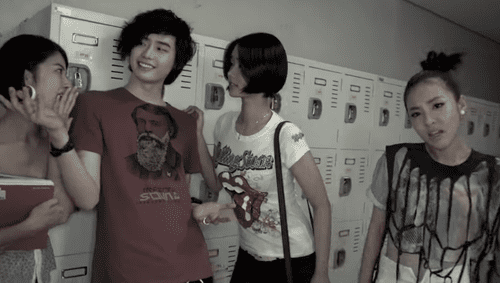 He starred in 2NE1’s music video “I Don’t Care” as Dara’s player boyfriend.

He was lonely and mourning in Davichi’s “Love is” MV

His undeniable charisma shows from every angle in photo shoots and magazine interviews. 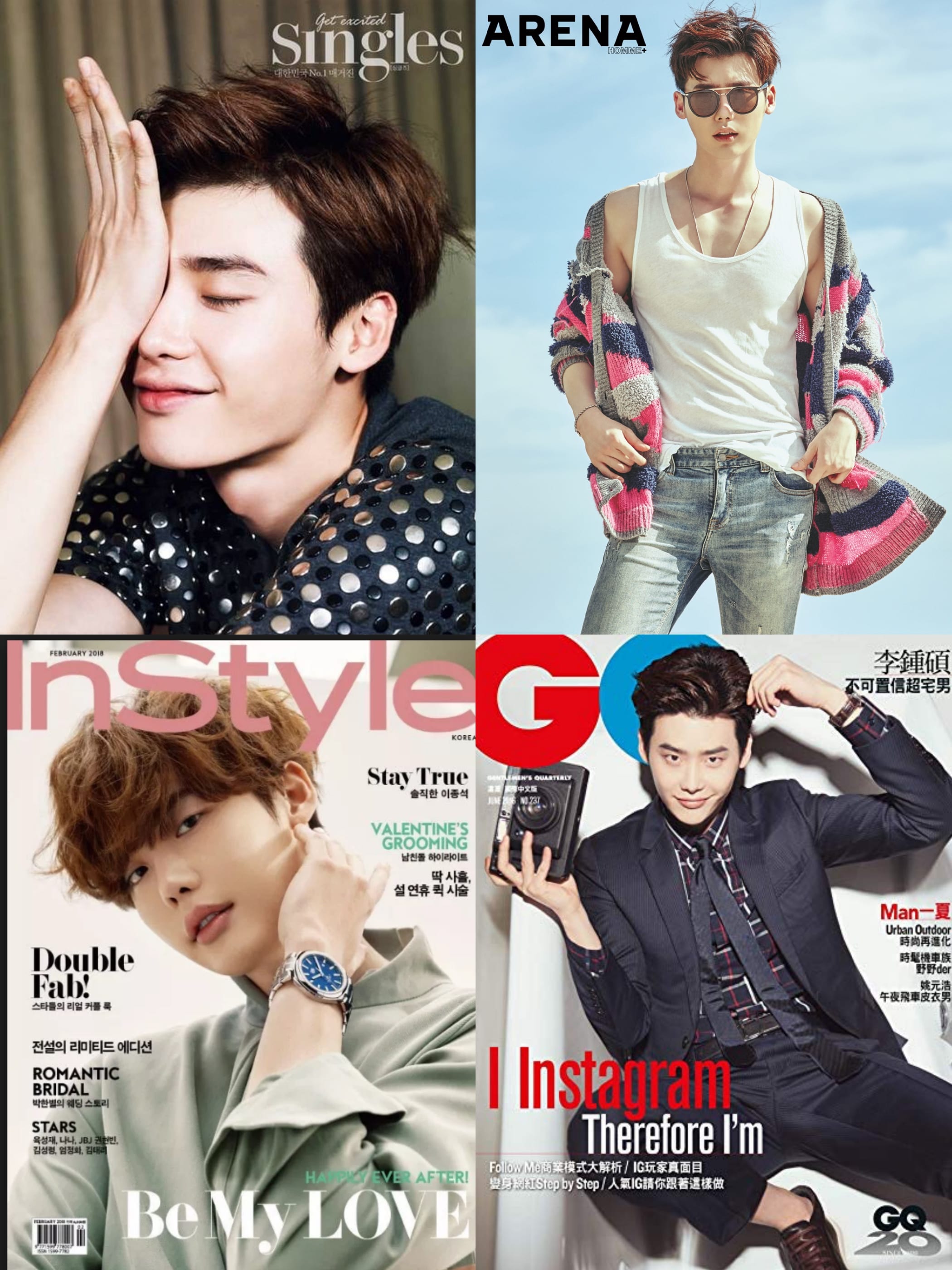 Listen to him sing

He’s proven that he’s the jack-of-all-trades because he can not only act, model, kiss, among many other things, but he can also sing! He’s made his fans go wild whenever he sings for them during fan meetings. Check out his heavenly voice in one of the OSTs for his drama, “While You Were Sleeping.”

Hey Soompiers! What will you miss most about Lee Jong Suk while he serves in the army?

Lee Jong Suk
Soompi Spotlight
Doctor Stranger
Secret Garden
Pinocchio
W
School 2013
While You Were Sleeping
I Hear Your Voice
Romance is a Bonus Book
How does this article make you feel?