Zico has personally responded to the growing controversy over his past remarks about Jung Joon Young’s phone.

Earlier this week, SBS revealed that Jung Joon Young had shared illegally filmed footage of sexual activity in a group chat that included other male celebrities. On March 13, after being booked by the police, Jung Joon Young released a public letter of apology confessing his guilt.

During the show, Zico revealed, “Jung Joon Young has a ‘golden phone.’ It’s not his main phone, and he only uses it for KakaoTalk [a messaging app]. It’s kind of like a Pokémon book, with many people in it.”

Jung Joon Young responded, “Zico comes over to my house and asks, ‘Hyung, where’s your golden phone?’ He’ll lie on my bed and look at it, saying, ‘Today, I’ll start from the letter A.'” 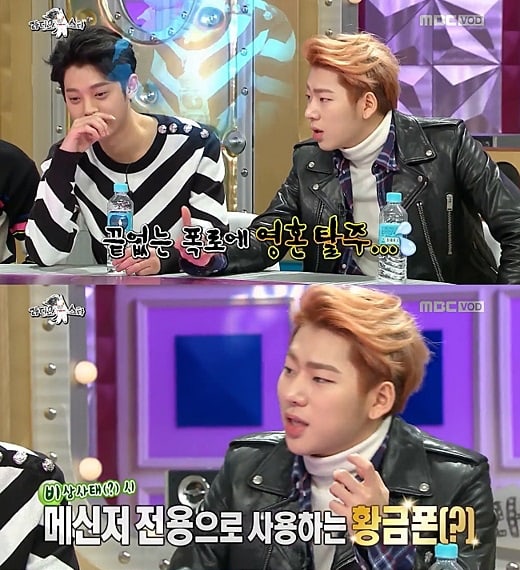 On March 13, Zico released a statement in an Instagram story addressing his past remarks on “Radio Star.”

The phone-related anecdote that I mentioned on a television program has no relation whatsoever to this current unpleasant matter.

All that I saw on the phone in question was the contact information of [his] acquaintances, and it has been a long time since we fell out of touch.

Please refrain from making hasty speculations, and I will be taking firm action in response to any malicious comments or the spreading of false rumors.

Meanwhile, Jung Joon Young has stated that he intends to fully cooperate with the police investigations that will begin on March 14.

Radio Star
Zico
Jung Joon Young
How does this article make you feel?