MAMAMOO talked about how they fight and make up on tvN’s “Life Bar.”

On the March 14 broadcast, the girl group appeared as guests on the variety show.

MC Shin Dong Yup asked MAMAMOO if they get into fights and turned to Super Junior’s Kim Heechul, who said his members definitely used to fight.

MAMAMOO’s Hwasa shocked everyone when she revealed, “We also fight, but the older members get into a lot of physical fights,” making her fellow members burst into laughter.

Solar explained, “We don’t argue and say things like, ‘You did this.’ We just…” and swung her arms around. Pretending to fight, Moonbyul added, “[We say things like,] ‘What did you say?’ and also kick each other.”

Referring to herself and Wheein, Hwasa continued while laughing, “They fight like that and the supporting characters get involved and try to break them apart.” When Kim Heechul asked if the older members hit the younger members, Solar replied, “No, we don’t,” and Hwasa added, “Then the four of us would be fighting.”

Moonbyul said, “We fight about really insignificant things,” and Solar explained, “We get into fights because we get angry at that moment. It’s not because we build up frustration over a period of time, it happens while talking at that moment.”

Giving an example, Solar said, “Moonbyul was passive at the time, so I told her, ‘Try to be more active about expressing yourself.'” Moonbyul added, “I told her, ‘My personality isn’t like that so I don’t think I can. I tried, but I can’t do it.'” Solar continued, “I told her, ‘No, you can do it,’ and it kept going back and forth. I said, ‘Do it,’ and she said, ‘I can’t.’ We then [fought each other].” Moonbyul added, “We threw cereal at each other.” 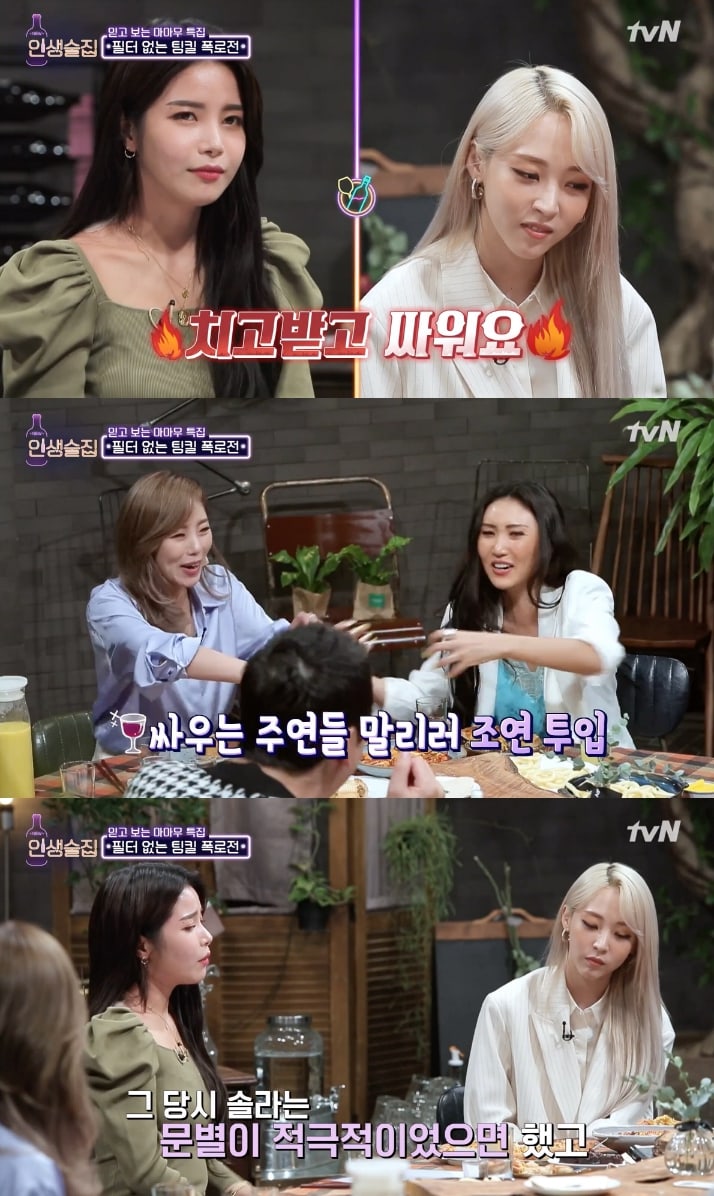 MC Shin Dong Yup commented, “But you guys can throw stuff at each other and fight because the two of you are that close and then make up. You don’t do that unless you’re really close.” Agreeing, Solar and Moonbyul revealed, “After we fight, we don’t hold grudges. After fighting, we send each other photos of puppies and cute gifs, and then make up.” 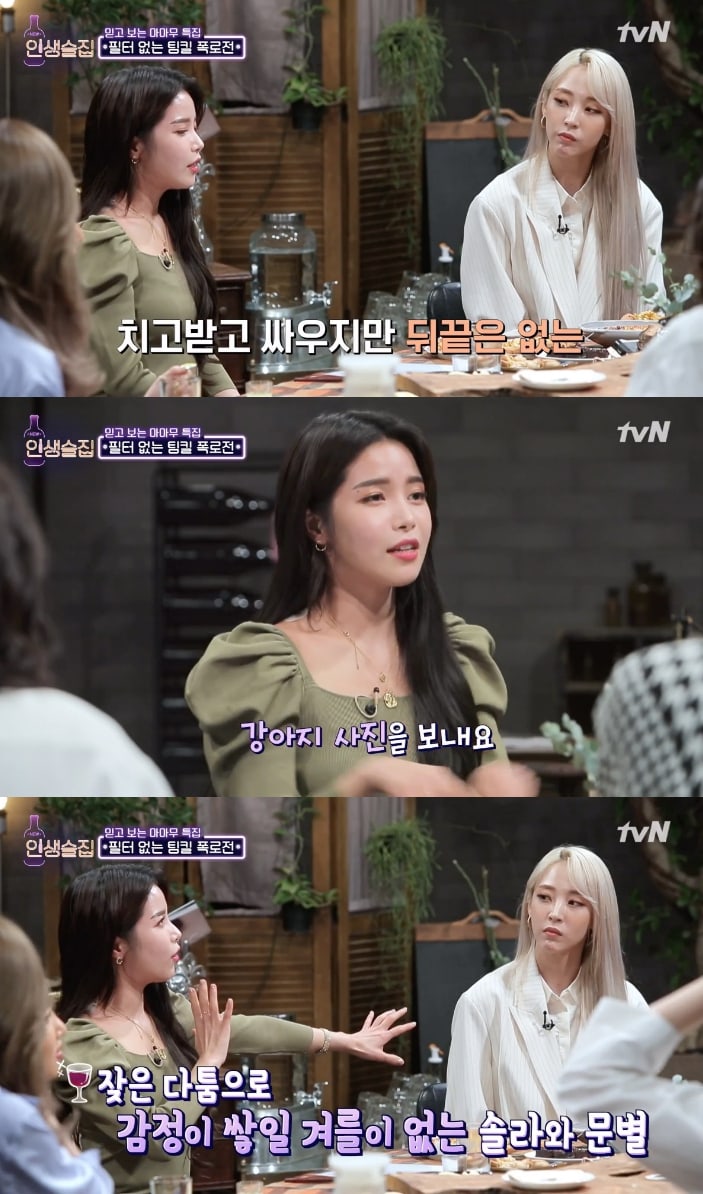 MAMAMOO
Solar
Moonbyul
Life Bar
How does this article make you feel?