The final chapter of Lee Na Young and Lee Jong Suk’s sweet romance on “Romance is a Bonus Book” is about to unfold.

tvN’s weekend drama “Romance is a Bonus Book” has released stills of Kang Dan Yi (Lee Na Young) and Cha Eun Ho (Lee Jong Suk) ahead of the final episode. It looks like happiness in the books for the couple as they show affection for each other.

Kang Dan Yi had gotten hired at a small publishing firm but ended up leaving because of her higher-ups abusing their power. She couldn’t sit by and watch as the head of the company was ready send off a book to be published that had stodgy translations. The timing was right though, as Kang Dan Yi applied for a competition at Gyeoru and won, which gave her the chance to return to the company. Changes are set to come with her return.

Not only that, but the secret of Kang Byung Joon (Lee Ho Jae) has been revealed. Having been diagnosed with Alzheimer’s, he had hidden away from the world after declaring that he would give up writing because he wanted to end his life as a writer. Intrigue is rising as there is speculation that Ji Seo Joon (Wi Ha Joon) is his son.

The new stills show Kang Dan Yi and Cha Eun Ho sharing a sweet moment together in the office. They send each other hearts and kisses on the cheek, unable to hold in their affection although they are trying to hide their romance from the rest of the office. Whether they’ll be able to succeed will be something to watch for. 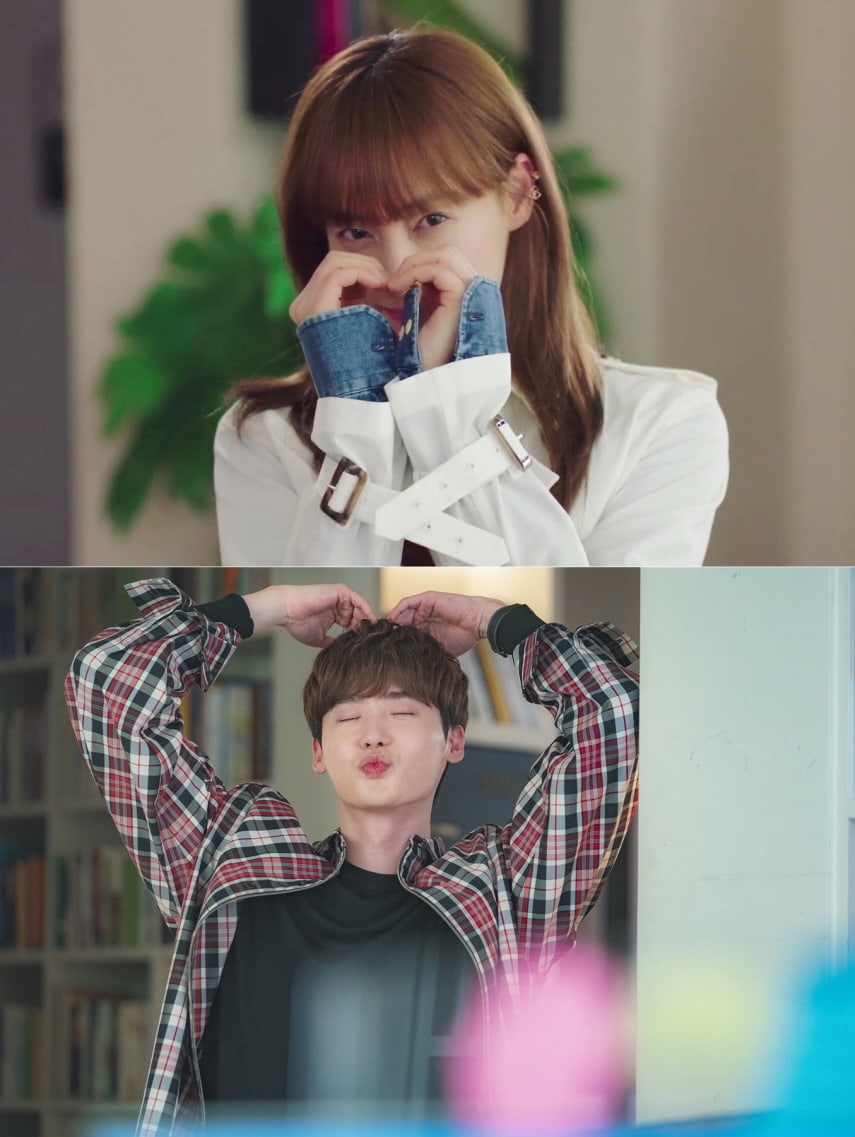 The production staff stated, “Kang Dan Yi and Cha Eun ho will continue to bring warmth and happiness to viewers till the very end. We hope that viewers will enjoy the final episode like the final chapter of a book.”