Seungri has been suspected of deleting evidence on his phone connecting him to the police.

On March 18, TV Chosun’s “Current Events Show: This Is Politics” (literal title) reported that Seungri is currently being suspected of concealing evidence by recently deleting photos of himself in police uniform. 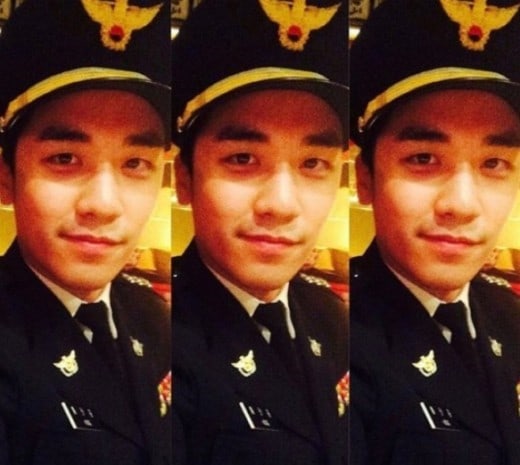 Commentator Go Sung Kook stated, “From what I’m aware of, [the fact that he deleted the photos] can be verified by the National Scientific, Criminal & Investigation Laboratory. It won’t be difficult for them to find out whose name is on that name tag. They just need to investigate it.”

Seungri uploaded the photos of himself in police uniform and the caption “Salute” in an Instagram post on November 25, 2014. On September 12 of the same year, Seungri was involved in a car accident on the Gangbyeon Expressway. At the time, he was under suspicion of driving under the influence, but the accident was reported to have occurred because of speeding.

The singer has been suspected of concealing evidence as the timing of his upload of the photos and deleting the photos lines up with his being suspected of driving drunk and his ties to the police, respectively. Some are even beginning to wonder if the police uniform belongs to Senior Superintendent Yoon, the police officer suspected of misusing his position to cover up criminal activity in the chatroom controversy.

In response, Senior Superintendent Yoon stated, “I didn’t know Seungri in 2014, and I didn’t even know the group BIGBANG. I will hold responsible those who report on speculations, without even confirming with the involved parties, for defamation.”