On March 19, MBC’s “Newsdesk” reported news on the woman known as “Anna,” an MD (merchandiser, also known as promoter) at the club Burning Sun.

Anna, who is a Chinese woman, was interrogated by the police under suspicion of selling drugs to VIP clients at Burning Sun.

She previously shared a photo with Seungri on social media, but Seungri stated that he doesn’t know who she is and said he took a photo with her at the club at her request. Anna is also one of the women who sued Kim Sang Kyo, the man who first put Burning Sun in the public eye with accusations of assault in February, for sexual harassment.

According to MBC, Anna’s hair and urine were tested for drugs by the National Forensic Service on March 16 during the first round of investigations, and the results from her hair came back positive for methamphetamine, ecstasy, opium, marijuana, and ketamine.

Anna was caught for use of ecstasy and ketamine in September 2018, but the test results showed different drugs this time. She will go through the second round of questioning where the police will investigate from whom and how she obtained the drugs.

During an interview with KBS, Anna said, “The fluid that was seized is eye drops for my cat because I have a cat. The white powder [taken by the police] is laundry detergent.” When asked if she has ever sold drugs, she denied the accusations.

The police are investigating the truth and scale of the Chinese customers who received and used drugs from Anna, and if Burning Sun employees knew about the suspicion of drug distribution to Chinese customers. 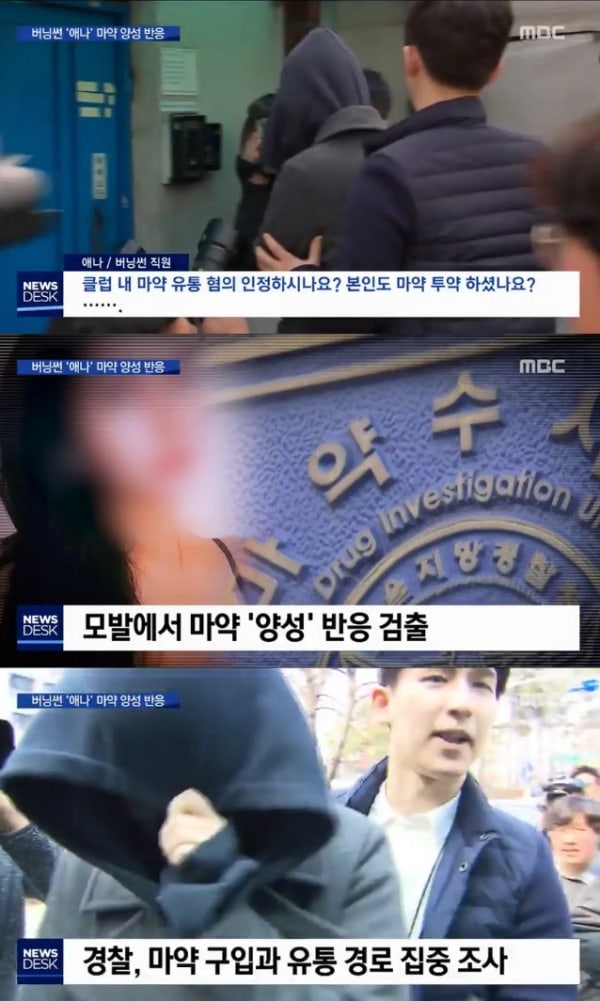 Seungri
Burning Sun
How does this article make you feel?