MBC’s “Newsdesk” has revealed additional information about “Anna,” an MD (merchandiser, also known as promoter) at the club Burning Sun.

Anna is a Chinese woman who was interrogated by the police under suspicion of selling drugs to VIP clients at Burning Sun. MBC previously reported that the National Forensic Service had tested Anna’s hair and urine for drugs during the first round of investigations, and the results from her hair came back positive for methamphetamine, ecstasy, opium, marijuana, and ketamine.

During the March 20 broadcast of the show, MBC reported that Anna admitted to using drugs but denied allegations of distributing them during her March 19 interrogation. The news outlet also interviewed Anna’s acquaintances at Burning Sun and asked them about Anna and her alleged drug distribution.

A man who referred to himself as a friend of Anna’s stated, “Anna [once] brought a package of drugs. I asked, ‘How’d you bring them in?’ She said she had them transported by boat. You know those Tupperware cases? She came carrying two of those filled to the brim with drugs. Anna told me that she had brought [the drugs to Korea] with a Chinese VIP [client] and even told me to try some. It was a white powder.”

Another woman known for being a VIP at Burning Sun also commented, “Anna usually carried [the drugs] around in her pocket or her wallet. She once offered me some type of pill and suggested that I take it.”

In response to this report, the police stated that they were aware of Anna’s alleged drug smuggling and distribution. 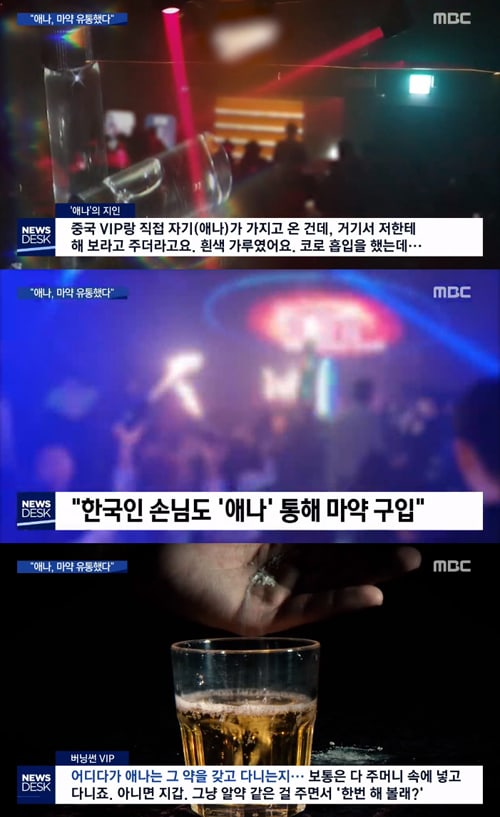